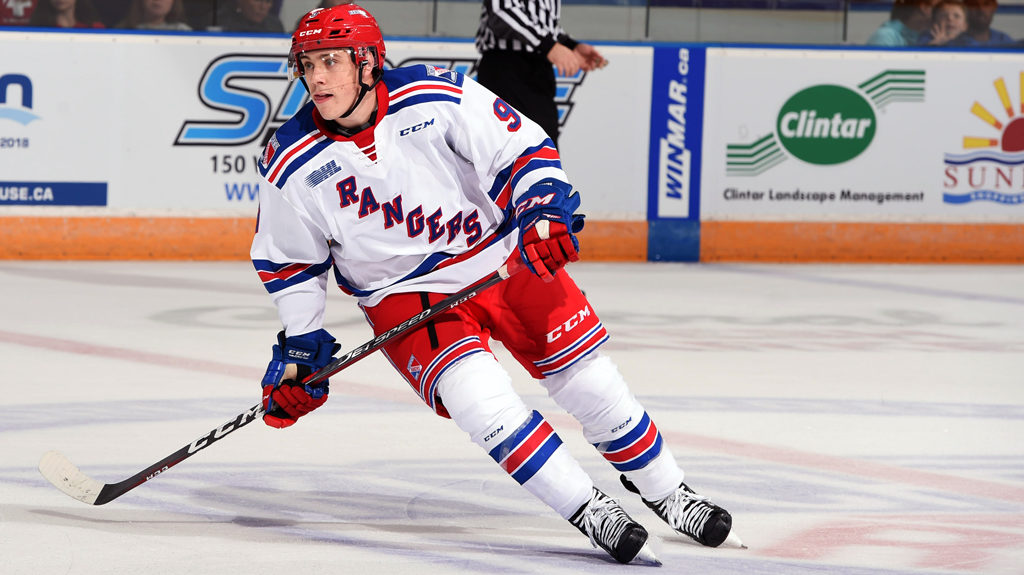 You’re eight-years-old, you come home from school and your mom or dad drive you to the rink. You get your hockey gear on, tie your skates—twice because you still haven’t figured out how to get them tight enough—and then step on to the ice to play some stick and puck with your teammates. Pretty normal right? Well, for Jack York it was a bit different. He still got to play with some of his buddies, but there was a bit of a size and age gap.

“My dad, Jason played for the Boston Bruins and my brother and I got to practice with some of the guys,” smiled Jack. “I remember seeing some players who I looked up to. The biggest memory I have is seeing Zdeno Chara at the rink, he was probably one of the biggest guys I’ve ever seen in my life. I have a lot of memories like that.”

Not every kid can say they grew up skating with pro hockey players and hanging around NHL rinks. Most kids could let this get in their head and have a bit of an ego, but not Jack.

“My Dad always tells me to stay humble, no one likes someone who is cocky,” said Jack. “He would tell me to always be a good teammate.”

Jack has taken this advice and ran with it. He has found himself in more of a leadership role this season, being in his second year. Every team has a loud leader, but Jack brings more of a silent, but strong presence to the team, making him one of the more approachable guys for the rookies.

“We lost a lot of older guys last year, so I try to be a bit of a leader on the team,” said Jack. “Last year, I was in the rookie’s shoes so I know the pressures. I try to be a teammate that the younger guys feel comfortable to come talk to. I just want to be a nice guy.”

The confidence, yet humbleness of Jack York isn’t something that just happened. It came from years of being around his dad and watching how he handled himself. Jason York retired from the NHL in 2007 and went on to pursue his coaching career, but not with a team in the NHL. Instead, he coached his biggest fan—his son Jack.

“Once my Dad retired, he would coach most of my minor hockey teams, which was awesome,” smiled Jack. “A lot of players and parents thought it was pretty cool to have a former NHL player as the coach, but for me, he was just my dad.”

With Jack being in his first year of draft eligibility, it’s hard to not feel outside pressures. He is leaning on his dad and his confidence to keep positive.

“The more you think about the draft the more you get in your own head. I just try to stay focused and play my game. Seeing my Dad not get drafted in his first year of eligibility, but in his overage season, takes a bit of the pressure off. Obviously, I want to get drafted right away, but if I don’t, I know that if I keep working hard there can still be a chance.”

Having a dad who you can look up to and shape your game around is a huge positive in any young hockey player’s life. Jack knows he is a lucky one and he doesn’t take it for granted.

“My Dad and I text or call after almost every game and talk about what went well and what didn’t,” said Jack. “I think the most important thing he ever told me was to try and be the hardest worker all the time. Never let anyone get your confidence down. Make sure you play your game and work hard and it will all fall into place. “