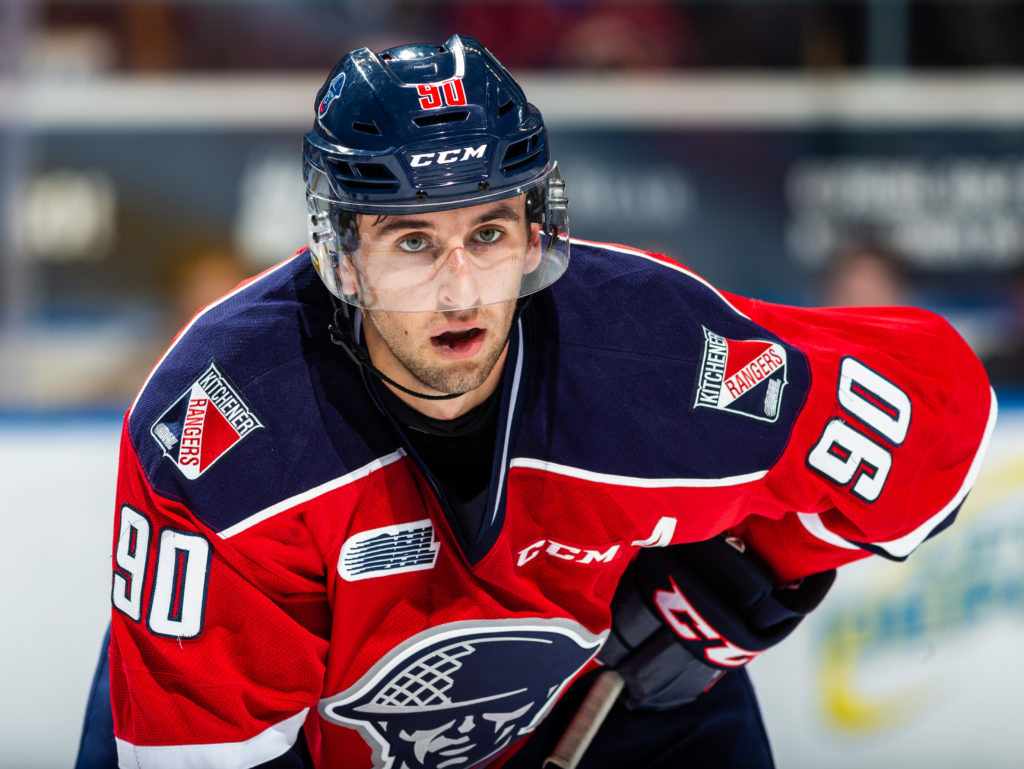 A small-town player with big-time success is probably the quickest way to describe Liam Hawel’s hockey career thus far. However, it’s the fine details that make the story of his journey to becoming an OHL champion more interesting.

Born and raised in Arnprior, Ontario – a town of 8,800 about 45 minutes east of Ottawa – Hawel’s upbringing was much like you would expect it to be.

“I grew up in a neighbourhood with three other hockey players right around my age. We played road hockey almost every day and, in the winter, we had a backyard rink. That was awesome; getting out there and playing,” the 20 year-old centreman said.

It was on that outdoor rink that he would pretend to be one of the Ottawa Senators at the time. Players like Alfredsson, Spezza, and Heatley.

“It was probably two or three years that we had the rink. It wasn’t the best since it was just on a little pond in the backyard, but we made the most of it, and we had a lot of fun out there,” Hawel said.

“Whether it was road hockey or playing with mini-sticks, we were always competitive with each other and I think it helped me become the player I am today.”

All that time spent outdoors was a much-needed break from traveling great distances to play the highest level of hockey around.

“The team I played for was based in a larger region and I am from a small town that’s away from the main crop of guys on the team, so most practices were generally a half-hour away and games could be up to two hours away,” Hawel said.

“Not many guys from Arnprior played that kind of high-level hockey that I played, so it was definitely different,” he said, adding, “My parents helped me out a lot. They drove me to everything, so I thank them a lot.”

With all the kilometres his family logged, it was almost fitting that he was chosen by the Sault Ste. Marie Greyhounds chose him 22nd overall in the 2015 OHL Priority Selection.

“I’ve come to like them and you kind of enjoy them when they’re with your friends,” he said, listing games of cards, listening to music, and watching movies as his favourite ways to pass the time.

The stop in Guelph the last two-plus seasons was especially enjoyable, having just won an OHL championship. He knew his latest landing spot in Kitchener was home to a team that “had a lot of potential”.

“Playing against the Rangers last year, I knew they were a hard team to compete against,” he said.

”What surprised me most though is how close the group is. It’s a bunch of great guys. I think I fit in pretty well, and I’ve made some good friends already.”

The transition down Highway 7 has been smoother due to Hawel recording at least a point in 11 of 15 games played so far. But forming a bond with new teammates hasn’t always come easy for the veteran who scored a career-high 37 goals last season.

“I know when I was younger, I was a little nervous coming to the rink. I didn’t want to mess up or ruin my chance of getting ice time and stuff like that,” he recalled.

“Now, when you’re older, you’re more mature and skilled. You kind of know what to expect,” he said.

And Hawel has displayed a willingness to pass along that insight to his first and second-year teammates.

“I know what they’re going through, and I just try my best to help them feel comfortable,” Hawel said.

All of that experience to fall back on still didn’t prevent a slight feeling of awkwardness the first time he pulled on a Rangers jersey.

“For sure it was a different feeling, but coming out to the 7,000 fans was awesome too. Kitchener’s a great place to play,” he said.

“Obviously, I was a rival before but, being here now, I love playing in front of these fans.”