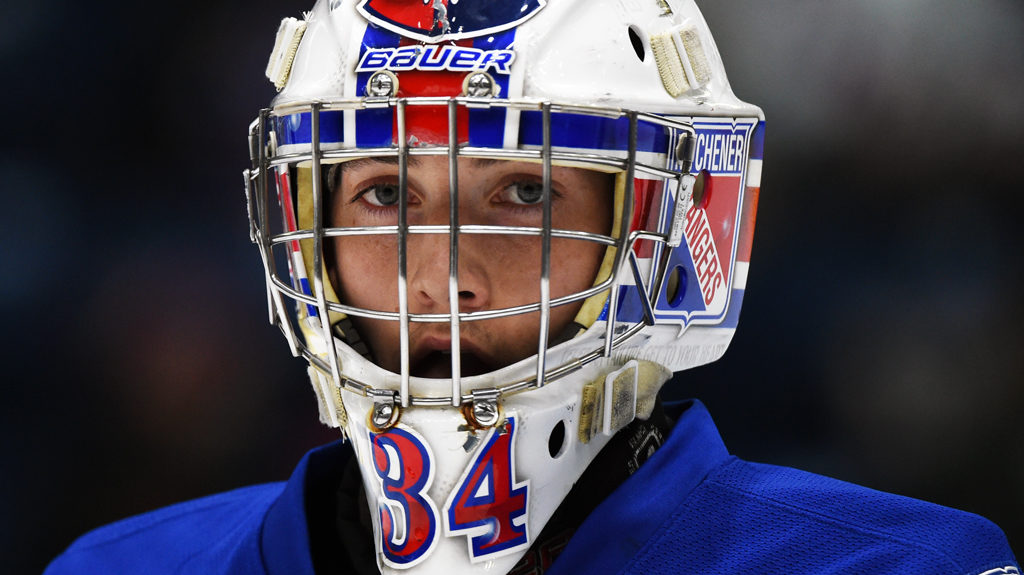 Pressure—it’s a huge part of the game. Whether it comes from teammates, fans or coaches, it weighs on you. But sometimes this pressure comes from our biggest critic—yourself. Luke Richardson knows this feeling well.

“I put more pressure on myself than I need to,” said Luke. “It’s hard not to.”

Luke is a soft-spoken, low-key kind of guy. Being able to start more games has added weight, but it’s something he’s always dreamed of.

“This season I have gotten to play more games and I’m relied on a lot more by the coaches,” said Luke.

Though the entire coaching staff is supportive of Luke, one stands out to him—goalie coach, Kain Tisi.

“Kain has been one of my biggest mentors over the past three years and has helped me come a long way,” smiled Luke. “He always tells me to go out there, be me and that If I let in a bad goal just to shake it off and try to stop the next shot.”

Luke knows the importance of a relationship like his and Kain’s and he doesn’t take it for granted.

“I feel comfortable going to talk to him about anything and he is always willing to listen,” said Luke. “I would say he has been one of the best goalie coaches I’ve ever had.”

Being able to step away from the bad goals or bad games is crucial to the success of any hockey player. It’s hard to do this on your own without the support of teammates and coaches, especially for a goalie.

“Kain is always there to make sure that I don’t put too much pressure on myself. The day after the game Kain and I go over film and walk through everything. I get nervous sometimes going into those meetings, but Kain always makes me feel better, and I’m not as nervous as I used to be.”

How does a player manage to keep the anxieties and pressures from creeping in? You have a life outside of hockey. Some of Luke’s favourite things to do outside of the rink to take his mind off the game are play video games and watch movies with his teammates. Over the last few years, Luke and Jonathan Yantsis have grown close.

“Yantsis and I are really good friends. We hang out a lot outside of the rink and carpool almost every day,” said Luke.  “We chirp each other all the time. I always bug him about not being the best skater, but now he always brings up that he has 20 goals and I guess he’s got that on me,” laughed Luke.

This season, Luke had the opportunity to participate in the CIBC Canada Russia Series for Team OHL. Even though he didn’t get to play, he still found the experience valuable, and he was honoured to be chosen.

Moving forward with the rest of the season, Luke hopes he can help bring his team some wins and have a successful campaign. Head Coach, Jay McKee, has had a quote that a lot of the players cling to this season, Luke included.

“One of the best pieces of advice I’ve ever gotten was don’t let your lows get too low, or your highs get too high.”