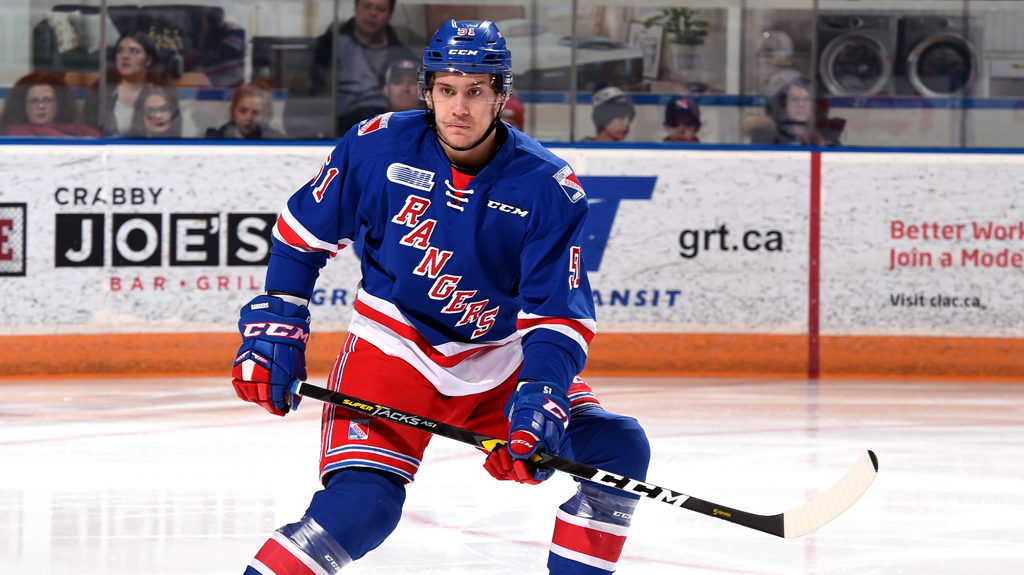 Last night was Fan Appreciation Night, but for Michael, it’s every night.

“It’s so important to interact with all the fans, no matter their age or whatever they may be going through because they all support us no matter what,” said Michael. “To take ten minutes out of my own day to make theirs is the least that I can do. That is just who I am.”

This season, Michael met a three-year-old super fan. When asked about his favourite moments with fans this season, without hesitation he responds, “meeting Gavin”.

“Gavin has had a pretty big impact on our lives, especially for Greg, Riley, and I. It is so special to have someone like that who thinks you are the best, and you can’t do anything wrong,” said Michael. “You need that sometimes when you have had a bad game, or something is going on. I remember we got beat pretty bad and I went out to see him, and he goes ‘well, nice try, get them next time.’ I realized in that moment we just have to move on to the next game.”

It is moments like these that build character for young, impressionable players like Michael. Character growth is important to Michael, and he wants to continue to grow both on and more importantly off the ice.

“My parents and coaches always say that character is everything. I try to build on my character in everything I do,” said Michael. “Always be respectful and remember where you came from—know your roots. Taking time out of my day and interacting with fans is the least I can do.”

Earlier this year, Michael was among the 40 Players Selected for 2019 Sherwin-Williams CHL/NHL Top Prospects Game. At such an impressionable age, an opportunity like this one could go to their head, but not for Michael. He took the opportunity to grow and build his game.

“Top Prospects helped me with my confidence. It helped build aspects of my game on and off the ice that I could bring home to Kitchener,” said Michael. “Being it’s my draft year, comes with extra pressure but I see that as an opportunity to elevate my game, be a better player and help the team every night.”

It was at Top Prospects that Michael was noticed by a documentary crew who were working on a feature called, Road to the Show. The full-length doc focuses on the hard work, journey, and hustle it takes to go from the minors, to junior, to the NHL—Vuks caught their eye.

“It is an absolute honour to be selected by the producers. I guess it is a testament to the hard work that I have put in. It is a humbling experience,” said Michael. Although it is called Road to the Show, there are different roads to the show. Not everyone is going to have the same path or make it the same year or even make it at all. It won’t change how I play or who I am. I am just going to keep working hard and be humble.”

As the regular season comes to a close, Michael credits a lot of the success the team has had to their hard work and dedication. But, he also looks to the support of the fans.

“If I were to send a message to the fans, I would say, we are just so thankful that we have the best fan base in the CHL and OHL,” smiled Michael. “There is nowhere else I would rather play, and we are very thankful for them and all their support. This year is going to be a fun finish, and we look forward to hearing you all cheer us on during our playoff run.”