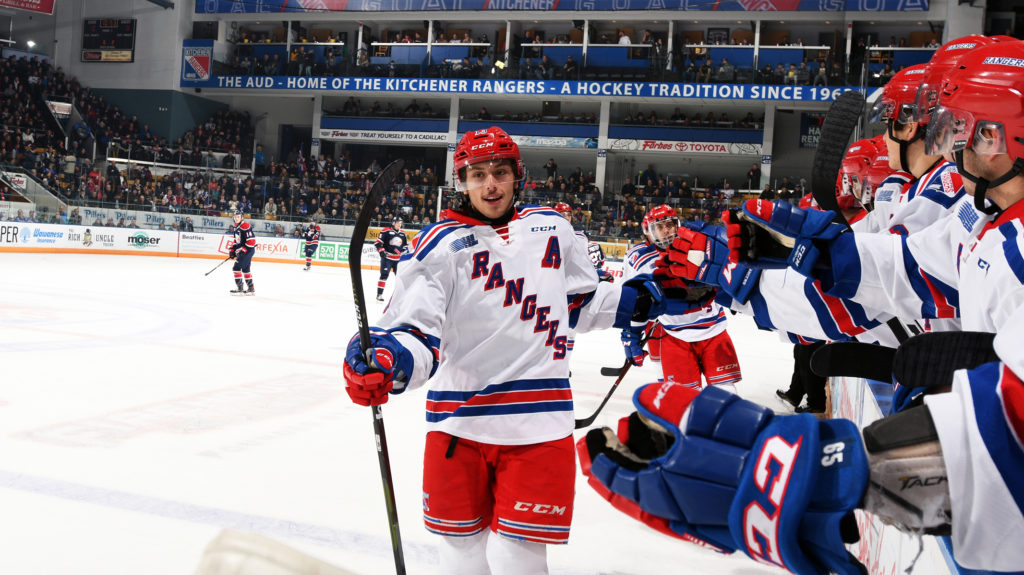 Sink or float—a game Riley Damiani and his family play at every family occasion and one you may want to adopt for the holiday season.

“My whole family is competitive. My uncle gets a big bucket of water and a bunch of items from around his house, and you bet if it’s going to sink or float. If you get it right you stay, if you get it wrong you leave the table. Sometimes we even put money on it,” laughed Riley. “He just randomly thought of it one day. We are a big family of about 30-40 people, so it gets pretty crazy sometimes.”

Competitiveness is in Riley’s blood. Growing up in a big family, it was bound to happen. Even when he was playing Timbits hockey at the age of five, he already had a passion for winning.

“You were only allowed to score three goals a game in the Timbits league I played in, so it taught you to pass and to move the puck around. My dad would always tell me not to score until they needed me to score,” smiled Riley. “So I guess you can say I got a lot of my competitiveness from my dad.”

“My parents always say don’t let your head get too big. When I was younger, it happened. I was trying to outshine everyone. My parents would try and keep on top of it and tell me that people won’t respect you if I let your ego get too big,” said Riley. “The biggest thing in my family is respect. I look back now and am so grateful that they pushed me to be better.”

Riley is with no doubt a competitive guy who still loves to win, but he walks around with a humble confidence, and it reflects onto some of the younger guys on the team. Many of them have mentioned Riley when asked who on the team is a mentor for them or someone they look up to. With Riley having gone through injury adversity, getting drafted into the Dallas Stars and many other experiences he is someone who can help them in many situations.

“I’m not a very serious guy. If I see a guy down, I try to pick them up a bit and give them pointers whenever I can. Some guys are going to take it with a grain of salt or get upset about it, but that’s understandable. I was there,” said Riley humbly. “I remember hearing it form the older guys and being like ok I get it I know what I have to do, but in reality, the main thing it comes down to is that they know what they are talking about. They have been through it and know what it takes.”

Having a mentor is very important to Riley, and he has found that in head coach, Jay McKee. Recently, Jay gave Riley a book to read called “Don’t Sweat the Small Stuff… and It’s All Small Stuff: Simple Ways to Keep the Little Things from Taking Over Your Life” by Richard Carlson.

“The book was about not letting the little things bother you in life, and it came down to everything being that little thing. If you let little things take over your life it consumes you,” said Riley. “One example that Jay gave me was if you’re driving home and you’re behind a slow driver most people would get rattled and honk their horn, but in reality, what are you going to do? Get to your destination two minutes faster? It’s just a little thing in life that everyone stresses over, but at the same time, there is no need to. It takes up energy that is needed for other things.”

Riley knows Jay has the experience and knows he always has his best interest at heart. Being able to have someone in his life like Coach McKee has helped Riley grow into the player he is today.

“I used to hate getting criticism and hearing what I was doing wrong. Now I understand why it is important and helpful to hear from guys who have been there,” said Riley. “I really look up to Jay. He always finds a way to lift me up.”