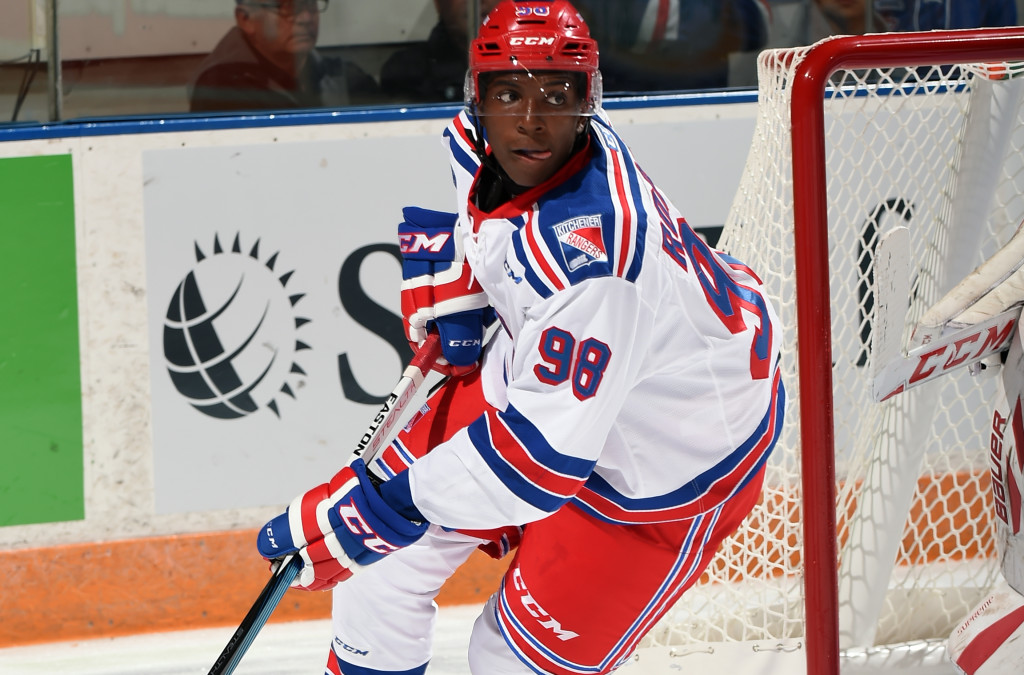 To say it’s been a whirlwind of a season for rookie Elijah Roberts would be a drastic understatement.

The Brampton, Ontario native entered his first OHL season as a quiet 16-year-old, content to fly under the radar despite being a second-round pick in the 2015 OHL Priority Selection.

While he continues to maintain that quiet and collected demeanor, it hasn’t taken long for the rest of the league to take notice of the young stalwart, and the evolution of his game that has been growing exponentially throughout the season.

As he was adjusting and settling into his first Ontario Hockey League regular season, he watched and waited as calls were made for the World Under-17 Hockey Challenge. His phone remained silent.

That is, until about a week before the tournament was set to start. He got back to his billets house after a game and was looking forward to a good night’s sleep. It was 11pm, and he heard his phone ring.

“I was just getting ready to go to bed,” said Roberts of getting the call to play for Canada. “I saw a call coming in on my phone from Alberta, and at first, I wasn’t going to answer it. I thought it was one of those fake calls you sometimes get.

“But I answered, and it was Ryan Jankowski from Hockey Canada telling me they wanted me to join the team as an injury replacement.” 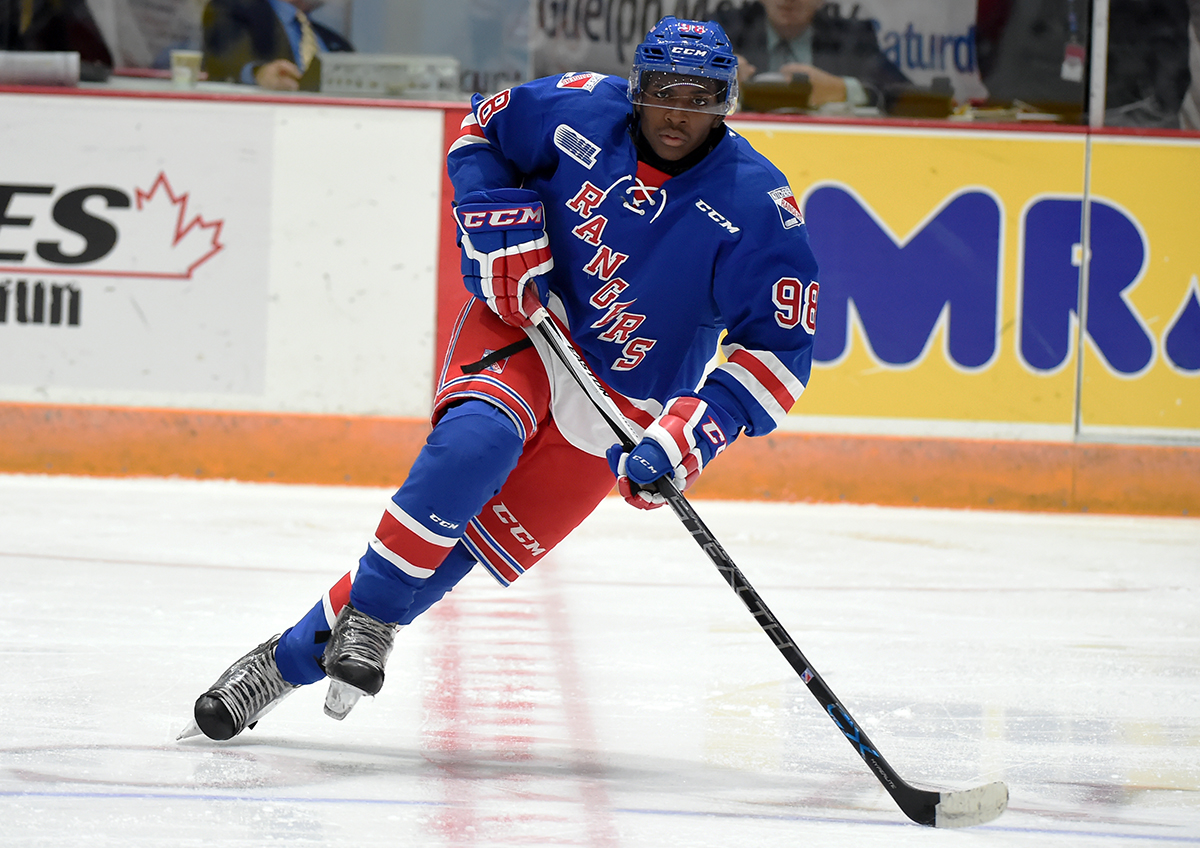 Roberts is a very calm and collected young man – especially for his age. It’s likely one of the many reasons Hockey Canada called on him as an option to help one of their ailing squads. But even he couldn’t help but show some emotion after getting the news, especially when sharing it with his family.

“I called my parents right away, and they were really excited for me. Needless to say, I didn’t get much sleep that night.”

Roberts would become a member of Team Canada White, along with Rangers affiliate player Greg Meireles. He was also familiar with a handful of other teammates he would play with, such as Ryan MacLeod and Owen Tippett of the Mississauga Steelheads, and Matthew Struthers and Nick Suzuki of the Owen Sound Attack.

After going 1-2-0-0 in round robin play, they won their quarter-final matchup 4-2 over Finland, then dropped Sweden 2-1 in the semi-final to book their ticket to the gold medal game vs. Russia.

“Going into the tournament we thought of ourselves as the underdog team from Canada, because everyone kind of thought Canada Red was the best team.

“Heading into the final game I was more excited than I was nervous. It was a once in a lifetime opportunity, so I wanted to make sure I soaked it up and I enjoyed it. Of course we wanted to win too, but I wasn’t really nervous.

“We had beat Russia once before in the tournament, and we all felt like we were confident that we were capable of doing it again.

Win they did – and in convincing fashion, 6-2 – to become World U-17 champions. One overwhelming feeling he felt after the final buzzer?

“Personally, I felt relief. I was thinking back to three weeks prior and how I wasn’t even supposed to be here. Now I’m a member of a gold medal winning team for my country.”

Roberts has been impressive since the onset of this, his first season of major junior hockey, but since returning with that U-17 gold medal it’s impossible to ignore the leaps and bounds by which his game has grown.

The smooth skating defenceman reads the game like that of a much older player, and also isn’t afraid to jump up into the play and create opportunities offensively for his teammates. As the end of the regular season approaches and the playoffs near, Roberts sits tied for the fifth best plus/minus mark in the OHL amongst rookie defenders at plus-17.

In his 56 games played, he’s already instilled curiosity and excitement as to what the future may bring with this blossoming blueliner. As for now, Roberts’ focus is squarely set on a long, successful playoff run with the Rangers. 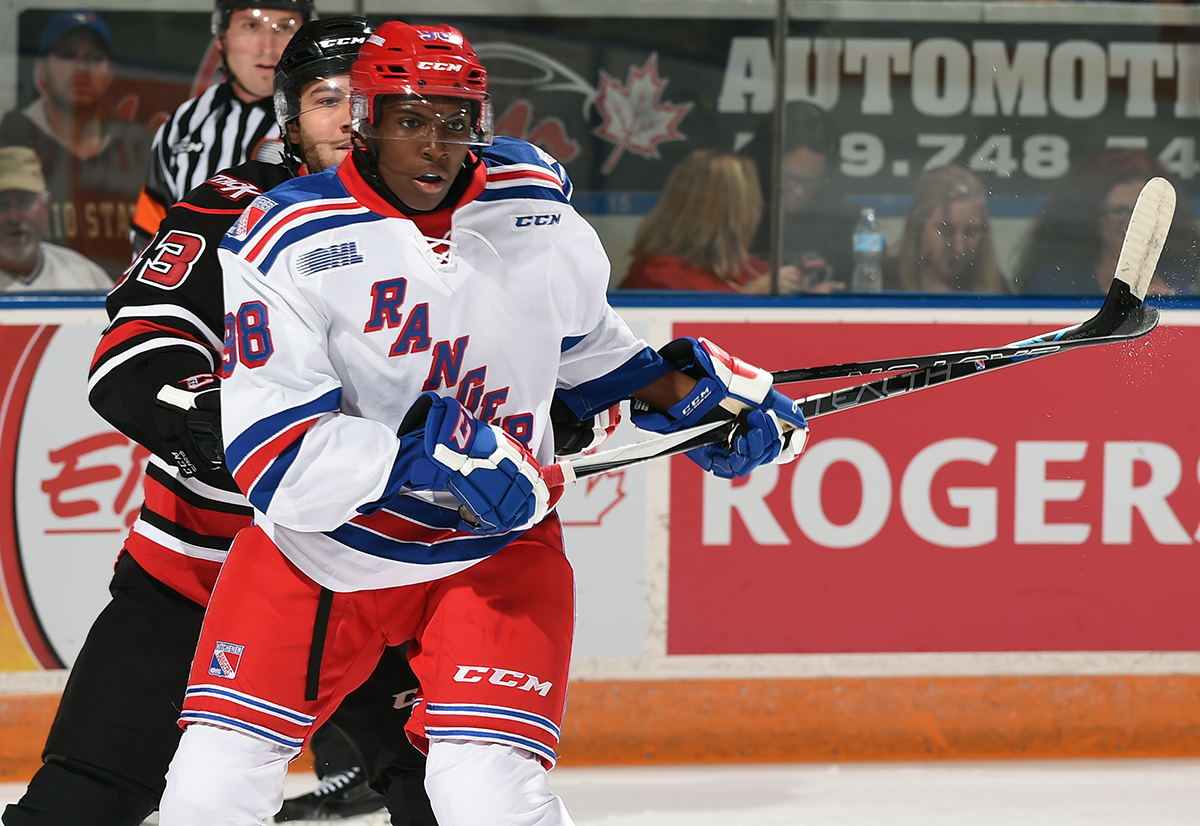