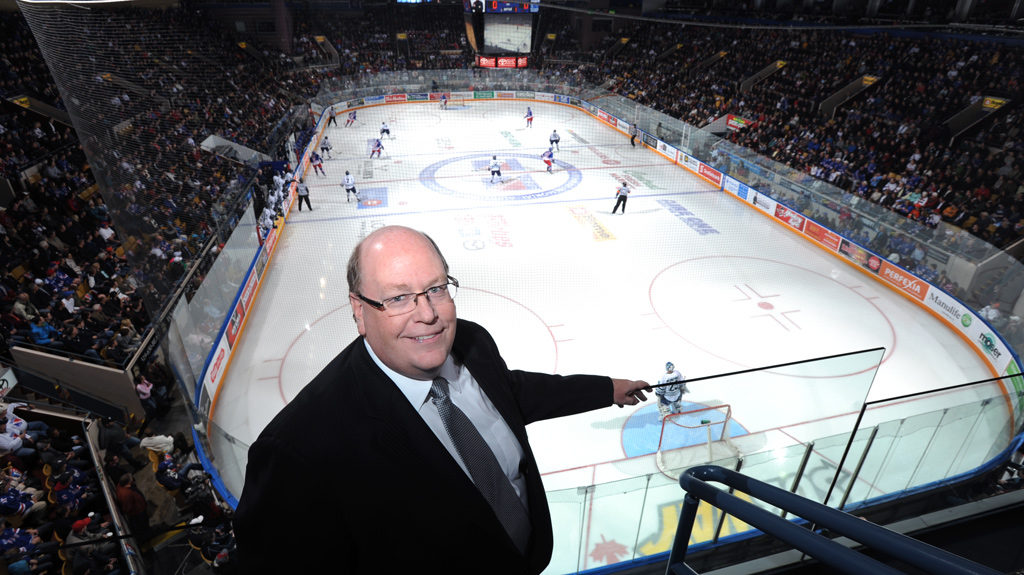 Rangers Chief Operating Officer Steve Bienkowski’s retirement plans have been in the works for a while, but he’s not really “walking away” from the organization that’s been a part of his life for almost 40 years.

“I’m not sure you ever retire from the organization. Much like our fans who have a bond with the Rangers, that connection will continue,” Bienkowski reflected.

Originally from Oshawa, he first joined the organization in 1979 as a player and was a member of the team’s first Ontario Hockey League (OHL) championship team in 1981.

Bienkowski went on to graduate from Wilfrid Laurier University and joined Ernst & Young to become a chartered (CPA, CA) accountant in 1986. After a successful business career, he became the team’s first Chief Operating Officer (in addition to its permanent OHL Governor) in 2002 after serving six years on the Rangers Executive Committee.

“The Rangers have been a big part of my life; originally as a player but probably a bigger part after my playing days,” Bienkowski said as he described the shift from being the team’s goaltender to its lead executive.

“We talk about being a premier franchise and, I think, there was a time maybe 20 years ago where we had dropped that title from our name. We’ve turned that around and attached that back to our name. To me, it’s an organization that others try to emulate – and I’m proud of that. It’s probably one of the most important things to me, as a whole.”

During his tenure as COO for the past 18 years, he twice received the OHL’s Executive of the Year award and was awarded the Kitchener-Waterloo’s Citizen of the Year in 2011. He was also named to the Waterloo Region Hall of Fame in 2019.

Much of that can be credited to his lead role in assembling a bid to host the Memorial Cup, which was awarded to Kitchener in 2008. It is widely recognized as one of the most successful and memorable sporting events in Waterloo Region sporting history. Bienkowski admitted to feeling a lot of satisfaction when the city and team were named as that year’s hosts. “That opening night, seeing the curtain being raised on the event, there was a lot of satisfaction seeing all the results of the hard work put in to bring the event to the community,” he said.

Aside from that benchmark moment, he also credited Head Coach Pete DeBoer – who led the team to a 2003 Memorial Cup victory – for helping enhance the overall culture of the team. “He made a big impact on the organization and how we operate – especially from a player’s side,” Bienkowski said.

With a keen attention to detail, Bienkowski recognized the changes happening on the ice and understands that there are new ones off of it.

“The pressure on players today is far more than it was in the past. I think that’s just the case with society and the impact of social media and every game being televised and replayed. Nothing stays under the radar,” he said, adding, “the toughest thing is, they’re growing up in their teenage years under a lot of scrutiny. That’s something that others forget at times.”

And even though the game itself hasn’t changed, Bienkowski believes there are going to be some challenges in spectator sports overall in the years ahead. He feels that the organization is in a solid position to face that test, though. “I expect that the people we have in place right now and the newer generation coming in will bring unique ideas. I’m a big believer (in them),” he said.

Having taken steps to make his transition as smooth as possible, Bienkowski admitted that having more flexibility with his day-to-day life will be a welcome change.

“This is a 24/7 job, but it may be the greatest job in the community at times too. That part I’m sure I’ll miss,” he reflected. “I’m fortunate to have been in the position to work with such a great organization, but I look forward to the next generation making it even better.”