SPOTLIGHT: The Intangibles of Jacob Cascagnette 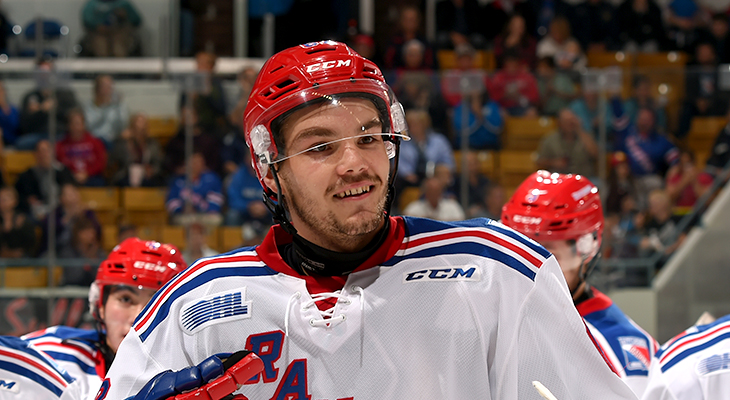 Without it, you’re not going to get those everyday, routine, key saves that win you the games you’re expected to win. You also need a goalie to steal you at least 10-12 games a season. Call it luck, or call it karma, but good teams always seem to have that goalie that can steal them games they seemingly have no business winning.

Good teams also need goal scorers. It might sound pretty obvious, but even teams with the best goaltenders can’t eek out the wins their team needs if they have no one up front to give them goal support. And on the flip side, if your goaltending is subpar – or maybe just having an off-night – scorers can win you that ugly 7-5 game so you can run away with two points and never look back.

Defence is important, too. They’re literally the last line of defence before your goaltender, and they help your forwards transition into the offensive zone and hopefully pot some of those much-needed goals. Defenceman can be the backbone of your power play, and the key to a championship.

But there’s one guy on the team who’s especially pivotal. He can play any position on the ice, and without him, there’s a void that is irreplaceable.

Call him the funniest guy on the team, the clown, or just simply the guy that makes everybody on the team laugh for no reason in particular. To be this guy, it takes a special gift. You have to be likeable, you have to be able to keep the room loose, and you have to have enough skill that your players still respect your gameplay, along with your personality.

It’s a fun job, but not just anybody can do it. That’s why when you find the ones who do it well, like Jacob Cascagnette, they’re a unanimous favourite among their fellow teammates.

In what was his fourth season as a member of the Rangers, Cascagnette is enjoying the best statistical season of his OHL career.

Drafted from the Kitchener Jr. Rangers program in minor midget, the Kitchener native played just 13 games for the Blueshirts in his debut season of 2013-14 while playing 33 games with the Jr. B’s Dutchmen. At 6’3” and 195 pounds he had the size, but still didn’t have a coveted roster spot in Jr. A. The next season he dressed for 33 games, but still couldn’t manage to lock-in for a full OHL campaign.

Enter the 2015-16 season, and now it was Cascagnette’s time. Yes, the Rangers were a veteran team in 2015-16, but some would argue that the more often Cascagnette is around, the better the morale of the team.

It was October 12th, the sixth game of the season and Cascagnette’s 52nd regular season game of his OHL career, that he finally potted his first career OHL goal. When watching the celebration after the goal was scored, it was hard to distinguish who was more excited; Cascagnette at his accomplishment, or his teammates for him.

Anytime you hear a Rangers player asked who the funniest guy on the team is, the answer is unanimously ‘Cas’, ‘Cazy’, or ‘Jake’. When asked what exactly it is about him that makes him so funny, no one seems to be able to give a specific answer.

‘It’s just who he is; how he talks, how he looks,’ says another.

Whatever it is exactly, it’s infectious. Jacob Cascagnette is a perfect example of a player that has something that’s sometimes more valuable than goaltending, goal scoring, or blocking shots.