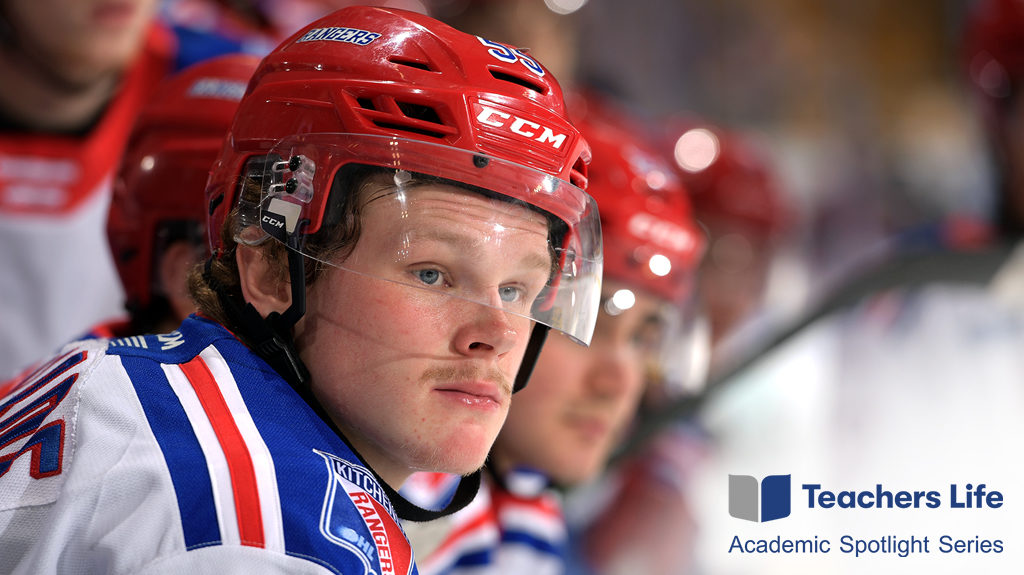 If you live in the Caledon area, you may have seen Reid Valade out late on Tuesday helping his grandfather clear snow for local businesses. His grandfather, who clears commercial lots, typically has help from Reid’s older brother.

“First time I ever did it; my older brother always does it, since I’ve never really been home or had time in the winter. But obviously, now with the pandemic, I have time, so I’ve been helping him out with that. It was a pretty late-night shift.”

Not only has he spent his time during the offseason helping out his family, but he has started taking courses online at the University of Waterloo. Reid has been studying recreation and leisure every Tuesday, but that is coming to an end in December.

He decided to fill the gap with an Introduction to Psychology course, which stems from an interest in criminology. “When I was younger, I used to watch TV shows like Mindhunter, which is about criminal psychology, was really into it and I think it’s pretty interesting,” Reid says.

He doesn’t have plans to profile any serial killers soon, though, as he is currently majoring in sports business and marketing. “I’m hoping to take sports marketing and sport management, anything that can take me down that path, just getting involved with any kind of sport, obviously hockey would be my first choice.” Hockey wasn’t the only sport Reid played growing up, as he says he was involved in lacrosse until he was 14, but he had to stop for hockey.

Balancing time spent at the rink and completing homework from high school took some time management skills, which he says you figure out pretty quickly. “It’s good that with the Rangers, we have the setup that we do, where we go to school and right to the rink. And we have a lot of time afterwards when we get home, so I would use my time after dinner to get anything done that I had.”

He also had some study time with his roommate Donovan Sebrango. “I was lucky because I lived with Donovan, and he and I took most of the same classes, so we would have the same work, so we would just work on stuff together.”

“Teachers Life are proud sponsors of the OHL’s Academic Spotlight Program,” says Doug Baker, President and CEO of Teachers Life. “The dedication of the OHL’s student-athletes to their education mirrors Teachers Life’s commitment to students and educators across the province. By celebrating these athletes, they become role models to kids in their communities through their dedication to academic excellence, integrity and curiosity.”

About the Ontario Hockey League