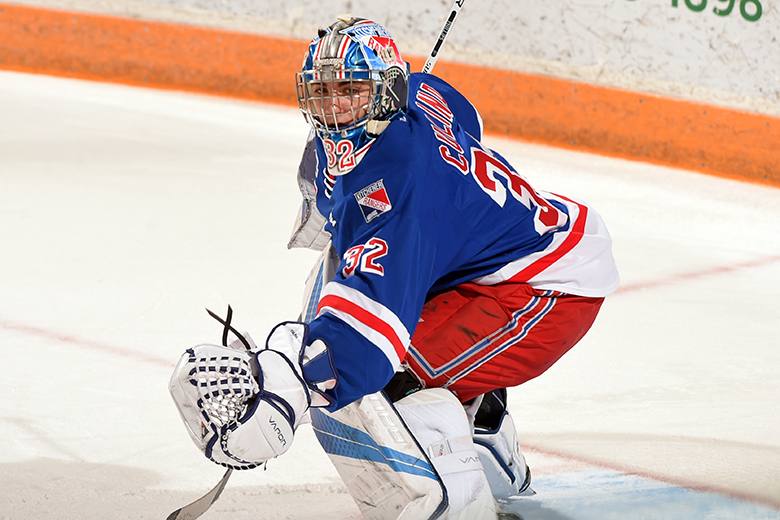 When you get ‘Star Power’ in the Super Mario Bros. video game, nothing can hurt you; you can’t be defeated.

Well, Super Mario Culina had First Star Power on Monday night as the Sault Ste. Marie native was unbeatable, turning aside all 24 shots he faced to earn his first career Ontario Hockey League shutout against his hometown team and backstopping the Kitchener Rangers to a 3-0 win over the Greyhounds in front of 6,567 fans at the Kitchener Memorial Auditorium in Game 3

The Greyhounds now lead the best-of-seven series, 2-1, with Game 4 scheduled for Wednesday, April 25 at 7pm at The Aud.

Culina has been lauded as being one of, if not, the best player for the Rangers this post-season, turning out a pair of impressive efforts up north through Games 1 and 2, but unfortunately having nothing in terms of victories to show for it.

But he’s now begun to see the fruits of his labour, earning his first win of the series and upping his save percentage to 0.924%, while lowering his goals against average to 2.50. 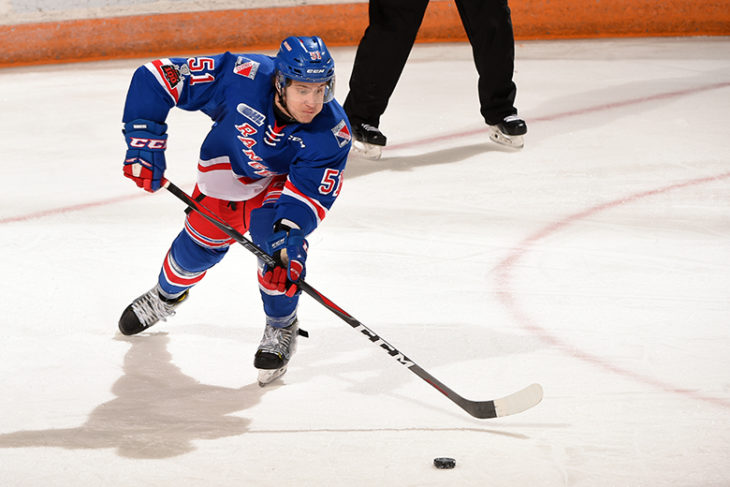 Michael Vukojevic also shone brightly on Monday night, as the 16-year-old rearguard factored in on all three Rangers’ goals, picking up his first career multi-point game and increasing his post-season totals to seven points in 15 games.

Riley Damiani, Kole Sherwood and Nick McHugh were the goal scorers for the Blueshirts, who outshot the Hounds 11-9 after one period, 23-15 after two, and 40-24 at the final buzzer.

For the third straight game in the series the Rangers opened the scoring, as Damiani finished off a pretty passing play to make it 1-0 Kitchener just 41 seconds into the second period. Greg Meireles and Vukojevic picked up the assists.

Another early period goal for the Rangers made it 2-0, as Sherwood’s team leading 11th of the campaign, from Logan Brown and Vukojevic, came at 1:49.

The Greyhounds pulled goaltender Matthew Villalta in an attempt to close the two-goal gap, but McHugh sealed the win for the home side with an empty net goal, from Vukojevic, at 18:09. 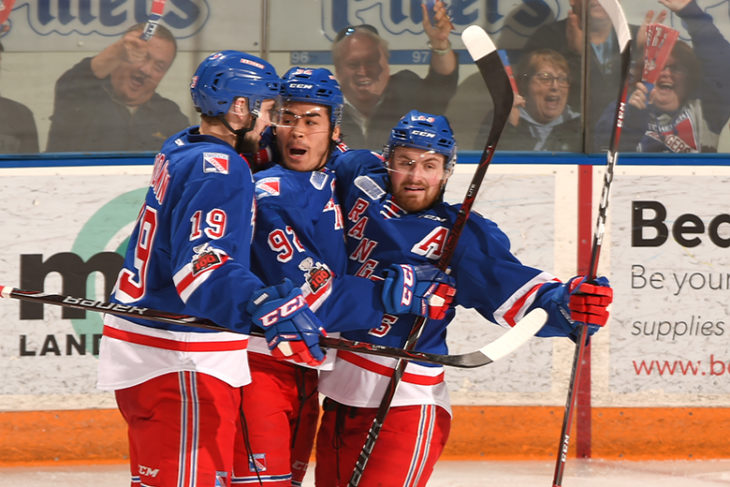 The Rangers were 0-for-2 on the power play, while the Greyhounds were 0-for-3 with the man advantage.