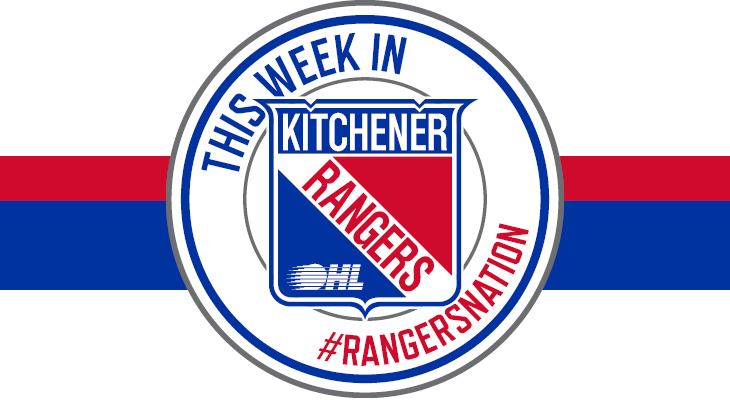 Givani Smith scored once in regulation and tallied the lone goal for either team in the shootout to propel the Kitchener Rangers to a 3-2, come-from-behind road win over the London Knights.

6:00pm – 8:00pm – Members of the Kitchener Rangers will be on hand at The Home Depot at 600 King St. N in Waterloo for a Kids Workshop. Sign up now in person and join the Rangers in building your very own hockey hat rack!

Also take advantage of the Save of the Week, the Rangers CCM Cuffed Knit Toque. Regular price $29.20, but on sale this week for $18.20. You save $11! This offer is also available all week online at RangersAuthentics.com. SHOP NOW>

The 2018 Sherwin-Williams CHL/NHL Top Prospects Game features 40 of the CHL’s top players eligible for the 2018 NHL Draft.  This season marks the 23rd annual showcase with the next wave of NHL talent from the Ontario Hockey League, Quebec Major Junior Hockey League, and Western Hockey League.

The game will be broadcast live on Sportsnet (East, Ontario, Pacific, 360), TVA Sports, and in the United States on NHL Network.  The game is also available online at http://chllive.ca.

Friday, January 26 is Don Cameron Potato Night at The Aud. Fans are asked to bring a bag of potatoes or a cash donation in support of the House of Friendship’s February Potato Blitz, helping curb hunger of those in need in our community. DETAILS>

Have a group of four or more? Take advantage of YMCA Family Days on any remaining non-Friday home game this season for great savings! Click here for more information or to purchase. 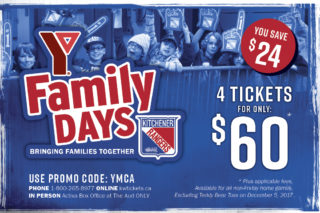