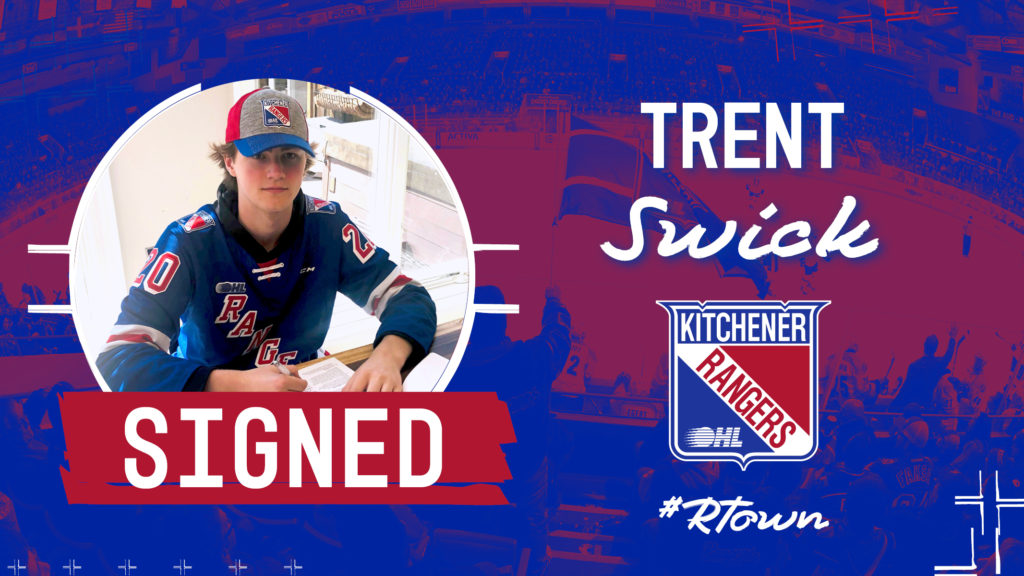 Swick, who was the team’s third round pick (47th overall) in the 2020 OHL Priority Selection, was second on the Southern Tier Admirals in goals (26) and assists (29) over the span of 32 regular season games. The 6’4 ¾”, 185-pound native of Thorold, ON also scored another 12 times in the postseason.

“We are very excited to see Trent sign with our team,” said General Manager Mike McKenzie.

“He is a big kid that has great hands and can really score goals. We see him as a player with a very bright future and someone who will be a force in our league as he gets older,” he said, adding, “We look forward to seeing him develop in Kitchener and would like to welcome Trent and his family to the Rangers.”