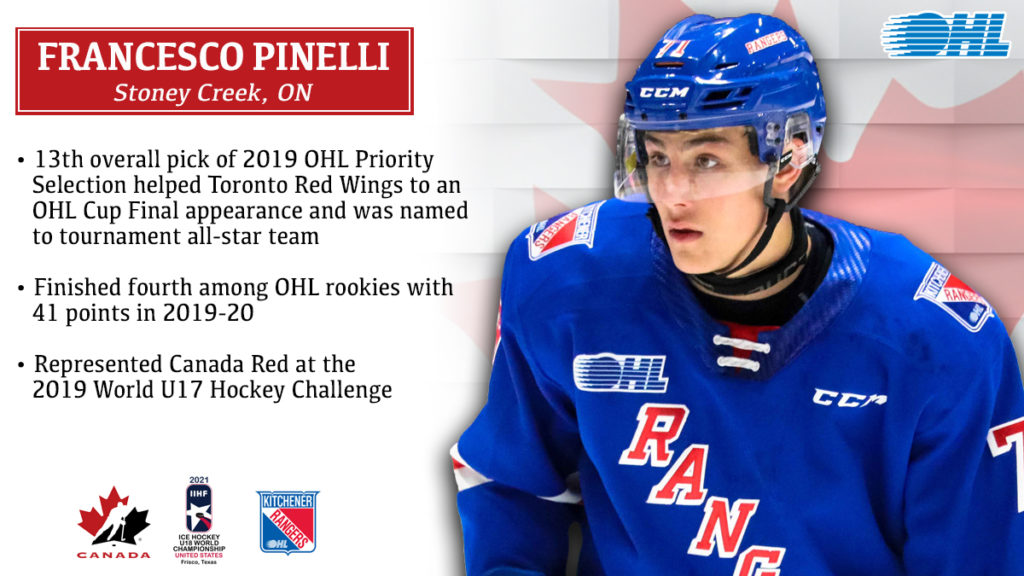 With skill, a great work ethic and proven commitment to play responsibly in all three zones, Kitchener Rangers forward Francesco Pinelli presents coaches with plenty of options in how they’d like to utilize him. The Stoney Creek, Ont. native is preparing to represent Canada in Texas this week.

BRIGHT FUTURE IN KITCHENER
Pinelli joined fellow rookie and recent Tampa Bay Lightning draftee Declan McDonnell with over 40 points in his first OHL season. The dynamic Pinelli put up 41 points (18-23–41)  over 59 games and finished fifth in shots on goal among League freshmen with 122. He finished third in OHL rookie plus/minus with a plus-15 rating.

SCORING IN SLOVENIA
Pinelli’s 2020-21 journey took him to Slovenia where he skated for the HDD Jesenice club in the Alps Hockey League. The 18-year-old recorded 11 points (5-6–11) over 13 games.

Pinelli and 12 other OHL players will hit the ice in Plano and Frisco, Texas on April 27th when Canada opens its tournament schedule against Sweden. 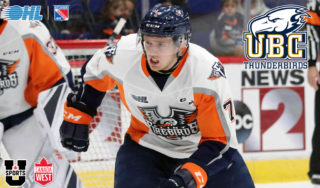