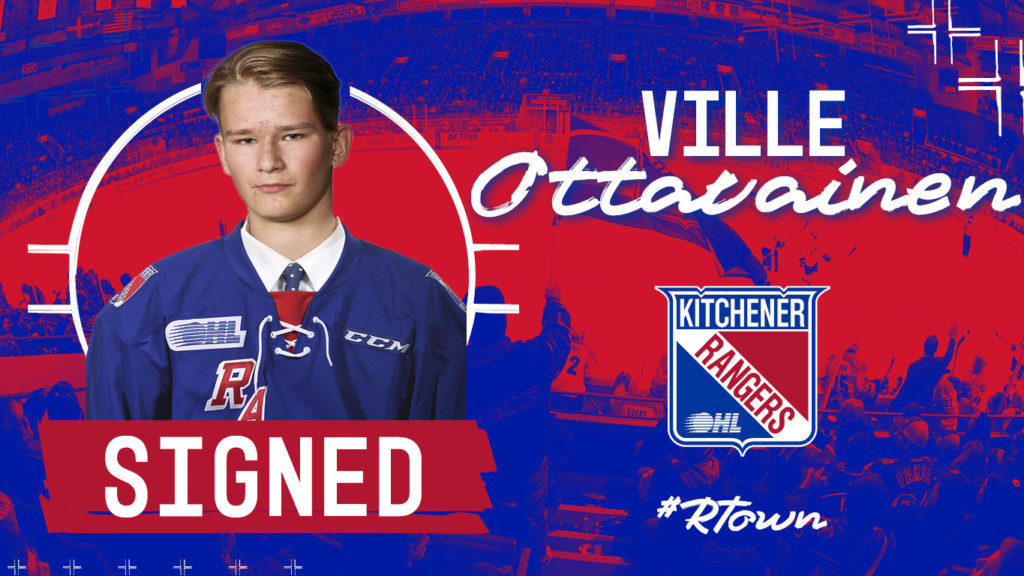 The first-round, 35th overall selection in the 2019 CHL Import Draft was a member of Karpat Oulu B during the 2018-19 season, registering 9 goals and 34 points in 49 regular season games played.

Ottavainen played four games for Finland’s U17 national team where he tallied a goal and an assist. Following the 2018-19 season the 6.03, 183-pound defenceman was named to Jr. B SM-sarja First All-Star Team.

“Ville will be a great addition to our back end and we look forward to seeing him continue his development here in Kitchener,” said general manager Mike McKenzie. “He is a player with tremendous upside and ability. He adds to our already solid group of young players and will surely be a big part of our team moving forward. We would like to welcome Ville to the Rangers.”