Vukojevic scores for Canada in overtime win over Bealrus 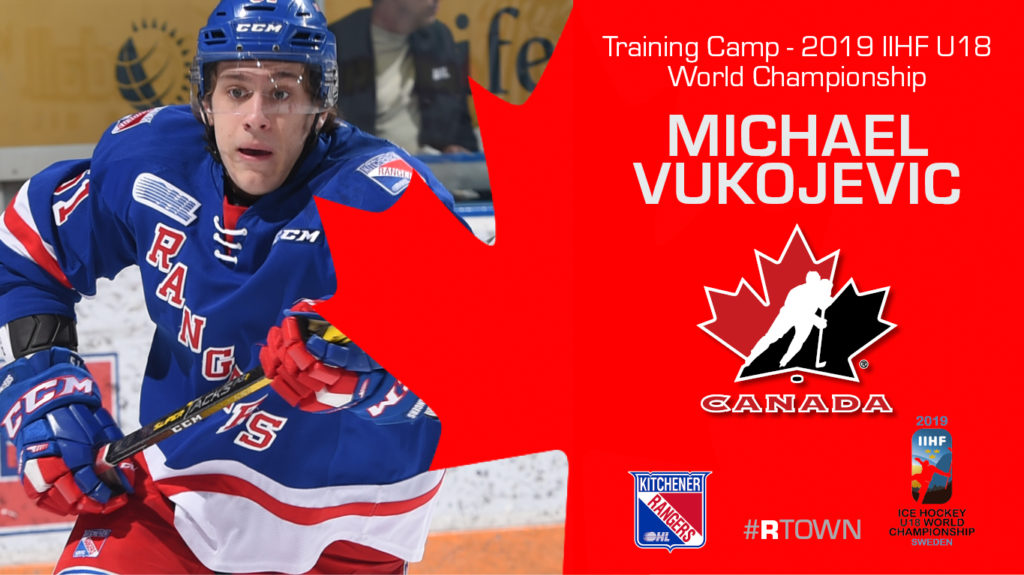 VÄNNÄS, Sweden – Canada’s National Men’s Under-18 Team opened its pre-tournament schedule with a 6-5 overtime win over Belarus, scoring twice in the final eight minutes to force the extra period.

“The game provided us an opportunity to grow as a team. We faced adversity and situations that were uncomfortable, which will allow us to draw on that later in the tournament. The preliminary games allow for teachable moments and tonight will be a game we can go back on to remind our group that we will get every country’s best and we need to be ready.”

“We found a way to win, and that was important. The game had its ups and downs and that was expected. We have a number of players who haven’t played a game in over three weeks. We also have players to add and some work to do to finalize our tournament roster. In the end I thought the game provided us with a lot of teachable moments that will make us better when the tournament starts. Give Belarus credit, they worked hard and it was a competitive game.”