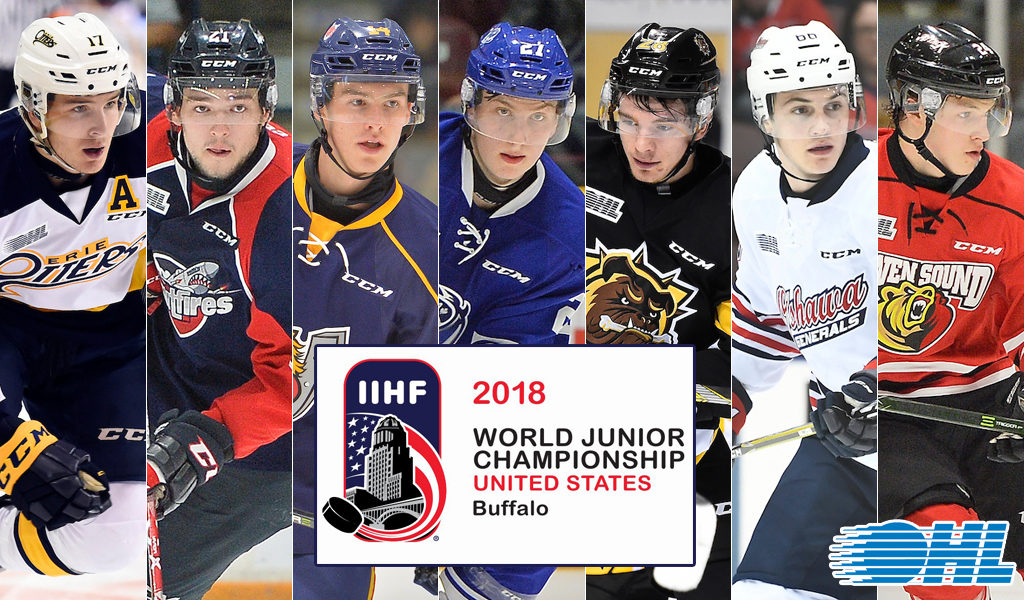 The 2018 IIHF World Junior Hockey Championship got underway on Boxing Day in Buffalo as Canada, the Czech Republic, Sweden and the host United States came away victorious to open the schedule. Here’s a closer look at those matchups from Buffalo.

The Finns drew within one in the opening half of the second frame as defenceman Henri Jokiharju (Portland Winterhawks) scored on a blast from the point before Raddysh reinstated the two-goal cushion with 7:13 left on the clock.

“We had a pretty strong game,” said Canadian blueliner Victor Mete (London Knights/Montreal Canadiens) who had an assist and was plus-3 in the game. “We took it to them in the first period, set the tone, and came out with the win. We have a lot of great skaters on this team, so if we can use our speed to our advantage, we will.”

The victory came before a crowd of 9,552 at the Key Bank Center.

CZECH REPUBLIC 5 – RUSSIA 4
A Russian comeback bid came up short as two late goals weren’t enough in a 5-4 loss to the Czech Republic at the Key Bank Center.

Second period goals from Filip Zadina (Halifax Mooseheads) and Filip Chytil broke open a 2-2 tie and put the Czechs in the lead 4-2 before Filip Kral (Spokane Chiefs) made the score 5-2 early in the third.

Martin Necas and Ostap Safin (Saint John Sea Dogs) also scored for the Czechs as they won despite being outshot 38-24.

UNITED STATES 9 – DENMARK 0
New York Islanders prospect Kieffer Bellows (Portland Winterhawks) scored twice while Max Jones (London Knights) had a goal and an assist as the United States rolled to a 9-0 win over Denmark at the Key Bank Center.

One of Bellows’ two markers came on a penalty shot while fellow forward Casey Mittelstadt also scored twice for the Americans in a game where they outshot Denmark 36-17.

Edmonton Oilers prospect Kailer Yamamoto (Spokane Chiefs) also found the back of the net for Team USA as the defending gold medalists opened the tournament with a commanding victory.

SWEDEN 6 – BELARUS 1
Lias Andersson scored twice while former Mississauga Steelheads winger Alex Nylander and top 2018 NHL Draft prospect Rasmus Dahlin each had two assists as Sweden defeated Belarus 6-1 at HarborCenter. Elias Pettersson and Erik Brannstrom both had a goal and an assist for the Swedes who outshot Belarus 36-9.