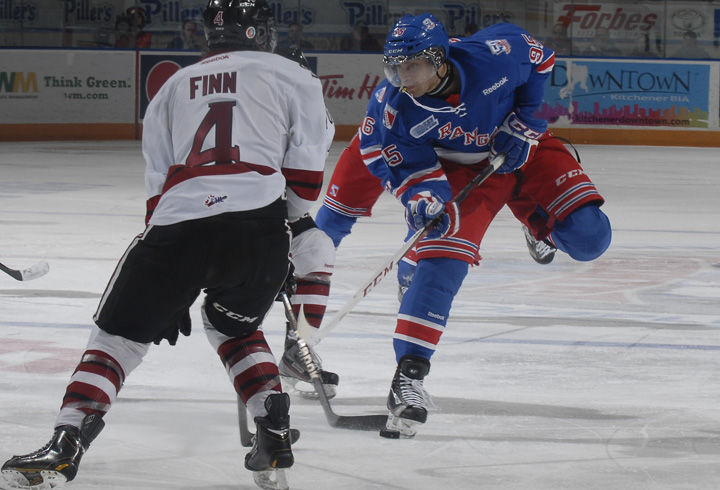 USA Hockey today announced that Kitchener Rangers forward Justin Bailey is one of 40 skaters that have been invited to Team USA’s National Junior Evaluation Camp. The camp will be held August 3-10 in Lake Placid, N.Y.

The players will be auditioning for spots on the U.S. National Junior Team that will take part in the 2014 IIHF World Junior Championship, scheduled for December 26, 2013 – January 5, 2014 in Malmo, Sweden.

The United States has medaled in three of the last four IIHF World Junior Championships, including the 2013 tournament, where John Gibson backstopped the Americans to a gold medal finish.

A native of Williamsville, NY, Bailey also represented the United States at the 2012 Memorial of Ivan Hlinka tournament in the Czech Republic. He was the Rangers’ 2012-13 Rookie of the Year and is eligible for the 2013 NHL Entry Draft (CLICK HERE to watch his pre-draft video).

The camp, which will be held at Lake Placid’s Olympic Center utilizing the 1980 Herb Brooks Arena, includes practices and international games against Canada, Finland and Sweden. A full schedule is below. Tickets can be purchased online at WhiteFaceLakePlacid.com, by phone at (518) 523-3330 or in person at the Olympic Center Box Office.