Behind the Scenes: Rangers Picture Day 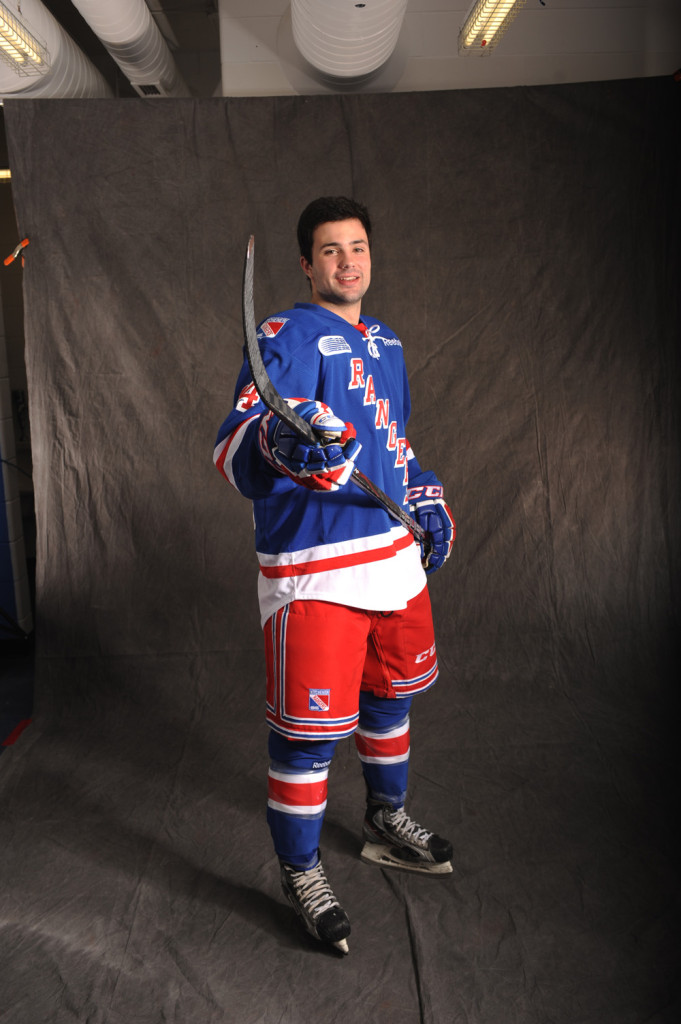 Everyone remembers Picture Day at school: with every new grade, you lined up, waited for your turn and smiled for the camera. As students returned to school this week, the Kitchener Rangers’ Class of 2012-13 returned to practice at Sportsworld Arena on Wednesday, ready to take on a new season. But first, it was time for their close-ups.

The Rangers lined up not only for photos, but for video as well, as the team prepares the on-ice graphics for the home opener on October 19. For veterans like defenseman Ryan Murphy, it was a familiar process and there was no trace of awkwardness as he followed instructions from pose to pose. For others, like newcomer Justin Bailey, the process was a little overwhelming.

“It’s a little strange, all of the cameras,” he admitted as he made the trek from the video studio to the photo shoot. Fellow freshman Matt Schmalz seemed to enjoy the hustle and bustle, citing it as one more new experience in a week filled with firsts. 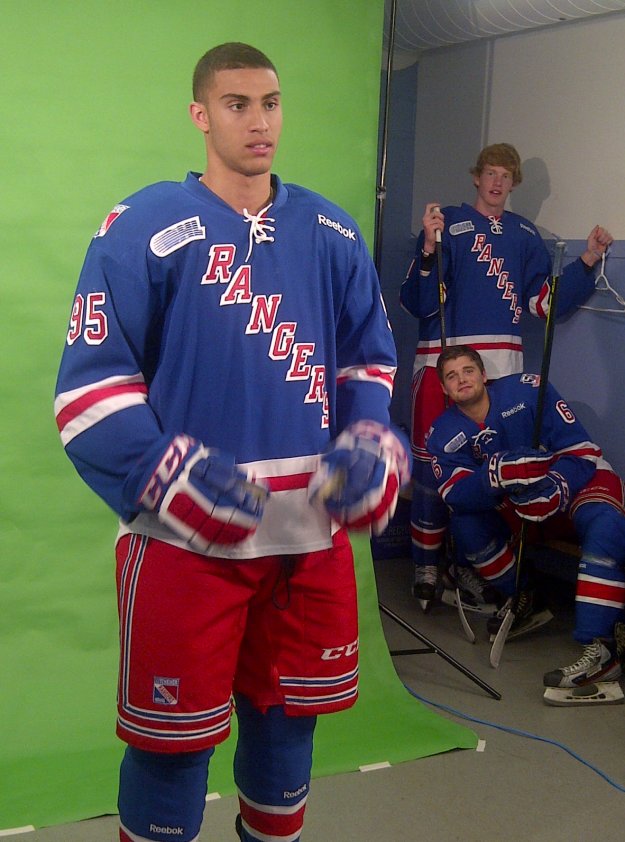 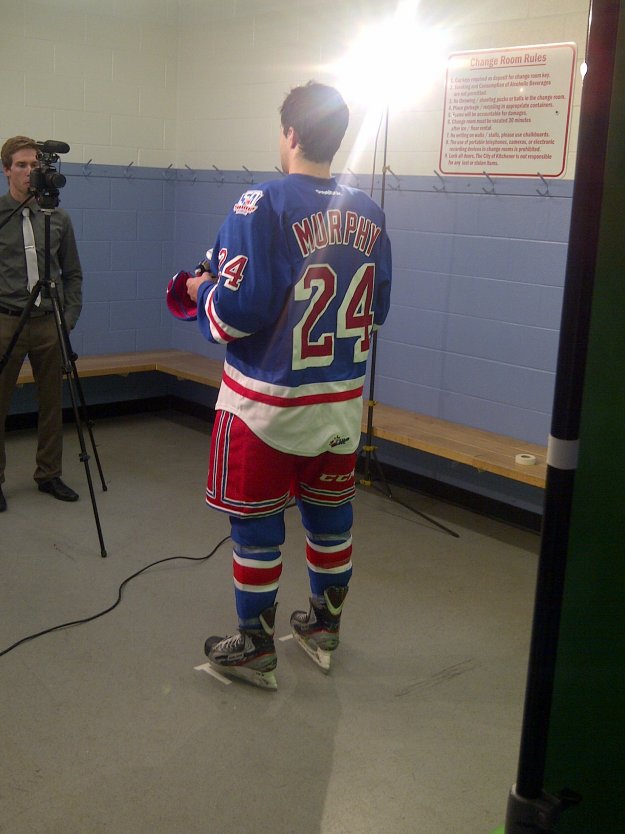 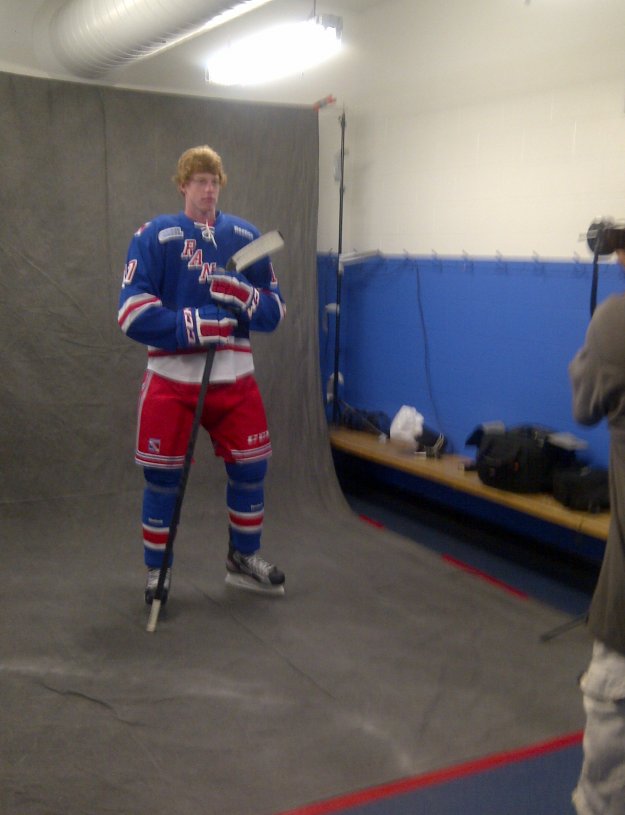 For at least one returning Ranger, it was a chance to make a fresh start. Defenseman Stephen Midensky joined the club as a free agent midseason and had no problems fitting in with his outgoing personality. Still, he missed the start of season activities – training camp, first practice and picture day. This year, he was all smiles as he waited in line to strike a pose.

“It’s kind of like moving up a grade in school,” laughed the Burlington, ON native. “You know most of the guys already, maybe a few new faces, and you know what you’re supposed to do, but there are new experiences and a different group dynamic. And a day like today definitely gets you excited for the season.” 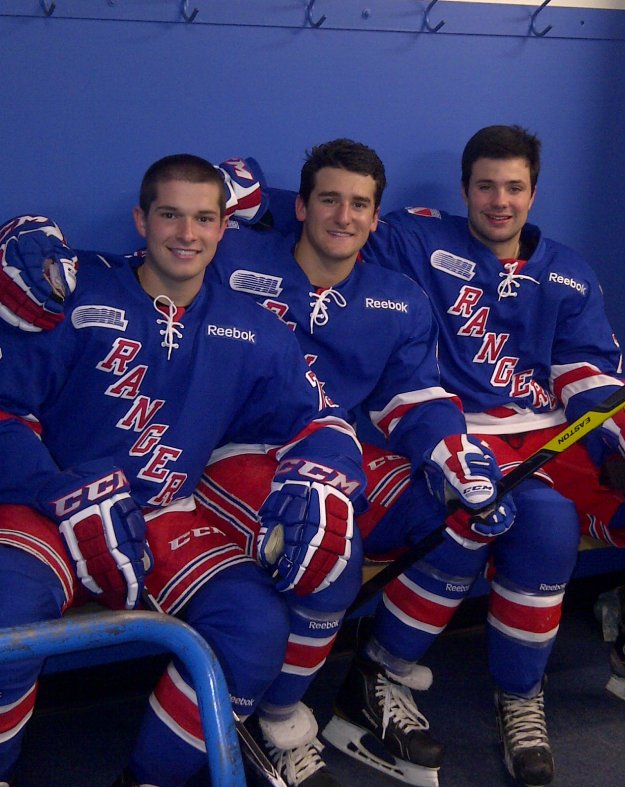 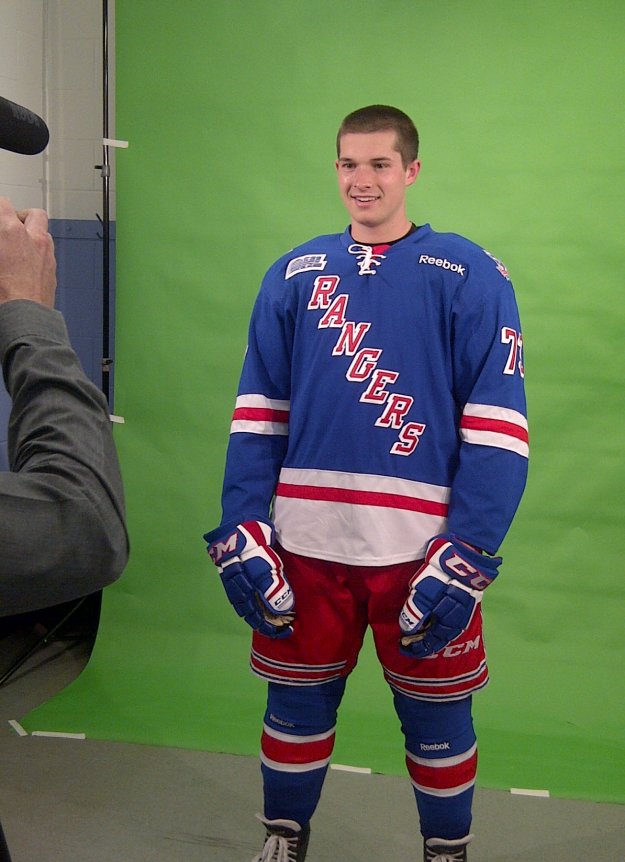 The grins didn’t just appear when the photographer said ‘cheese’. As they waited their turn, players laughed about their first days at school, played some friendly ping-pong and playfully poked fun at their teammates. It may not have been a Gentlemen’s Quarterly cover shoot, but Schmalz joked that Picture Day still felt glamourous.

“I don’t feel exactly like a supermodel, but I think we’re getting there!”

The Rangers exhibition season continues on Friday as they travel to Sudbury to take on the Wolves. For updates, check out the team’s Twitter feed: @OHLRangers.