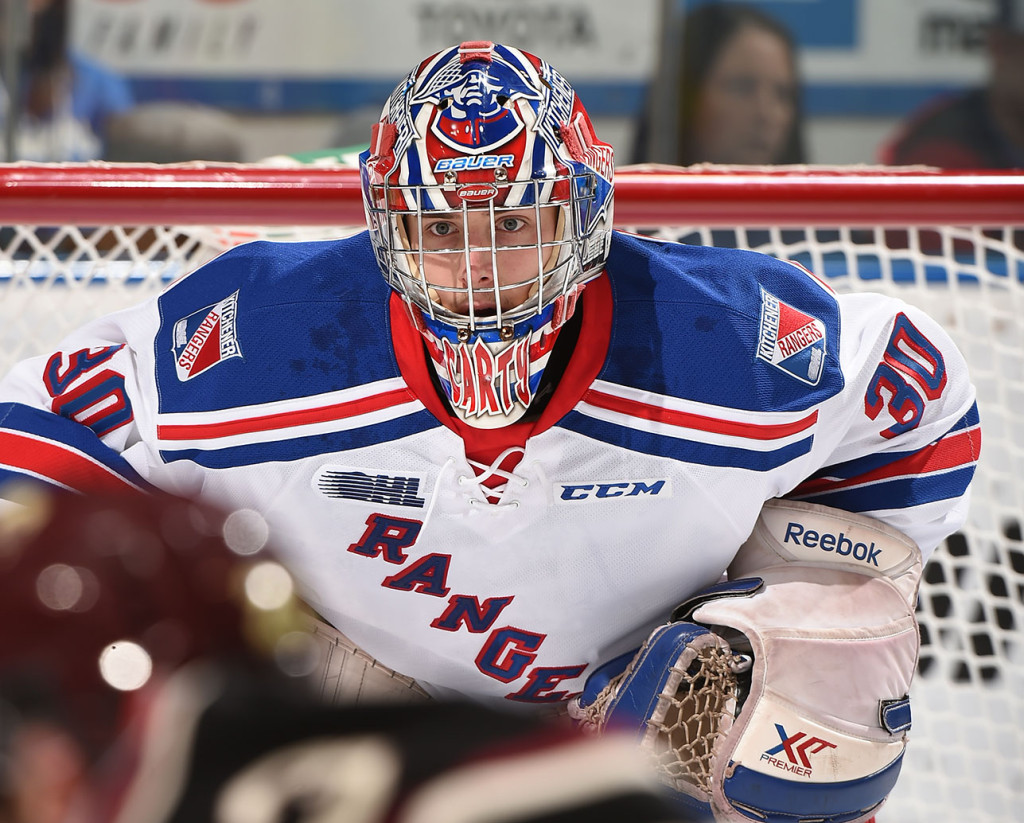 To say it’s been an up-and-down season thus far for goaltender Dawson Carty would be a drastic understatement.

The 19-year-old Mississauga native was off to likely the best start of his OHL career heading into Friday, October 30th’s game at the Aud versus the North Bay Battalion.

He had four starts under his belt and had yet to lose in regulation, boasting a 3-0-1-0 record with a 1.74 goals against average and a .945 save percentage. That night, he would record his fourth win of the season, stopping 30 shots through regulation and overtime – then all three he saw in the shootout – guiding the Rangers to their ninth consecutive victory.

The mood was ecstatic, and as the players streamed off the bench to congratulate and celebrate with their netminder, the mood quickly turned somber upon realizing their goalie had been hurt.

But now, with more than six weeks passed since the injury and a return to the lineup nearing closer, the hopes are that Carty will return with the same confidence, composure and resiliency he so brightly exhibited before his hiatus.

On Friday, October 2nd he led the Rangers to the second of back-to-back 4-2 road wins over the Sudbury Wolves. Not only did he get his first win of the season in his first start, but it was how he earned that win that won the appreciation of his teammates, the kudos of head coach Mike Van Ryn, and the game puck.

“If it wasn’t for him, we probably don’t win tonight,” said Van Ryn, following the game. “He came up with some real big saves for us. When you’ve got a goalie like that who can step up when needed and get you a win, that’s a huge plus to a hockey team.”

Carty made 34 saves that night, a number of them far from routine stops, and gave his team a chance at the road win – something that didn’t come easily for the Rangers last season.

The Rangers know there is always a challenge playing in a division as tough as theirs with opponents like London and Erie threatening, but they’re also a confident group, and having Carty return to the lineup will only bolster the spirits and the confidence of all those in the room.

“I think we’re a pretty confident group no matter who it is we’re up against,” he said calmly, a few weeks back. “We feel like we can be right there in any game.” 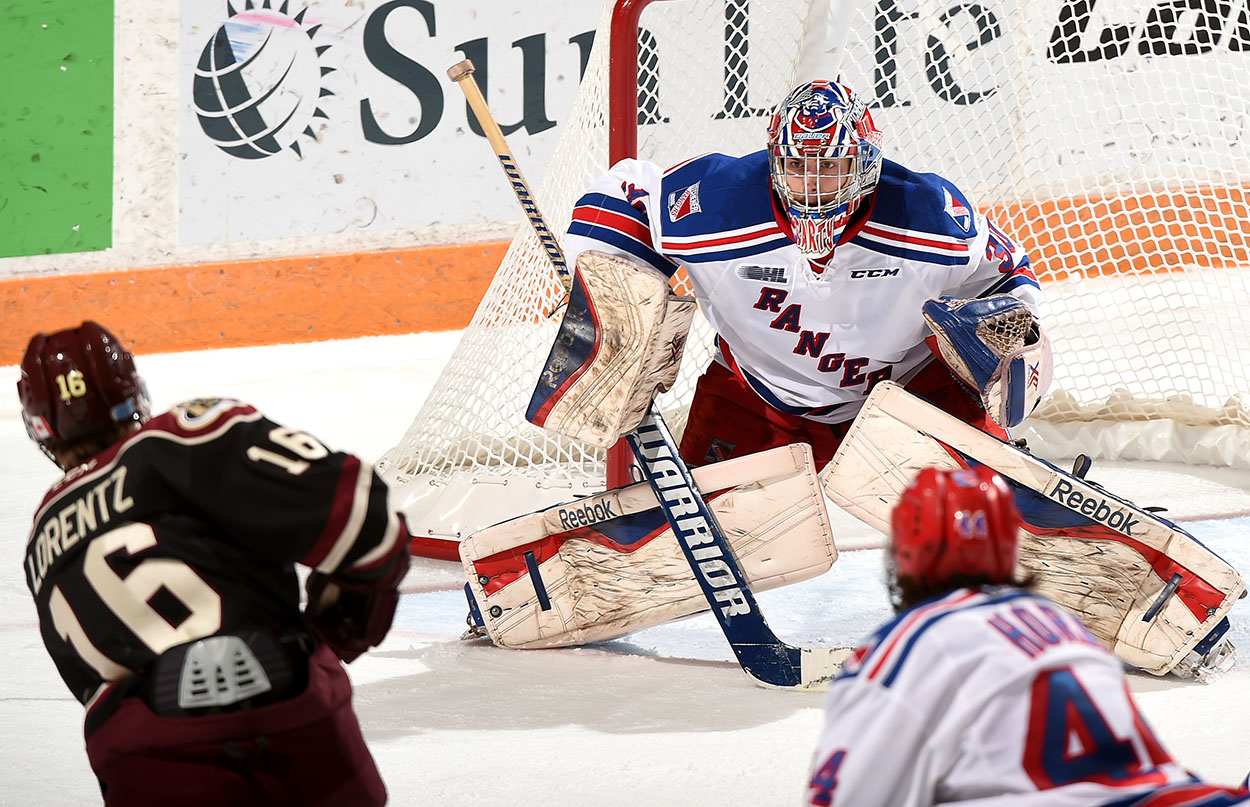