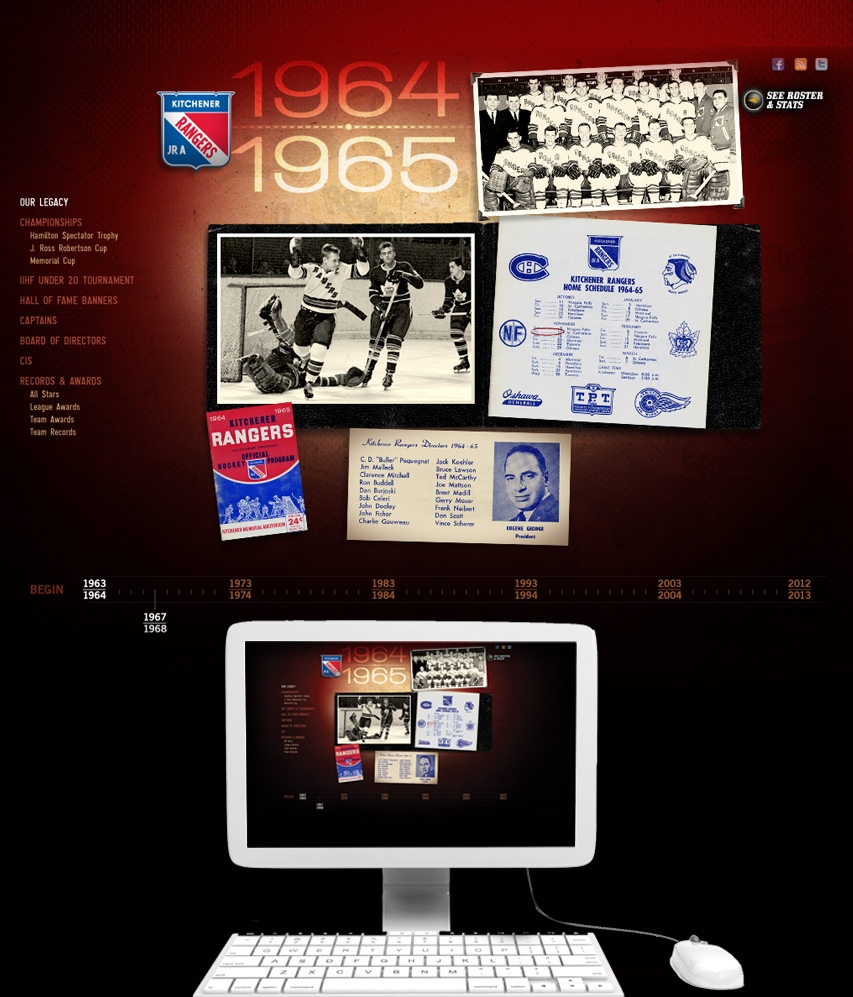 Since 1963, the Kitchener Rangers Hockey Club has been welcoming generations of fans to the rink to cheer on the team and share in the success of the young men who have donned the Rangers’ colours. As the club enters its 50th Anniversary Season, we celebrate the tradition of Kitchener Rangers hockey with the introduction of the Kitchener Rangers Legacy Timeline, a new website recalling the players and moments that have built our franchise.

The Legacy Timeline honours a tradition of talented players: as you move through the seasons, you will find Ontario Hockey League leaders and National Hockey League stars, contributors to the community and industry leaders.