Commemorative Jerseys to be auctioned during Remembrance Day game on Tuesday, November 10th 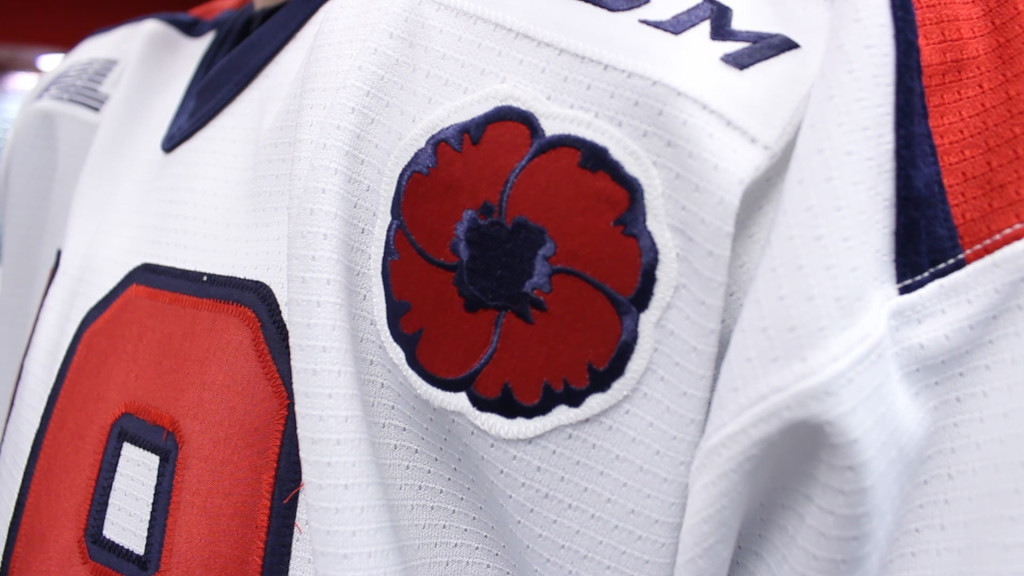 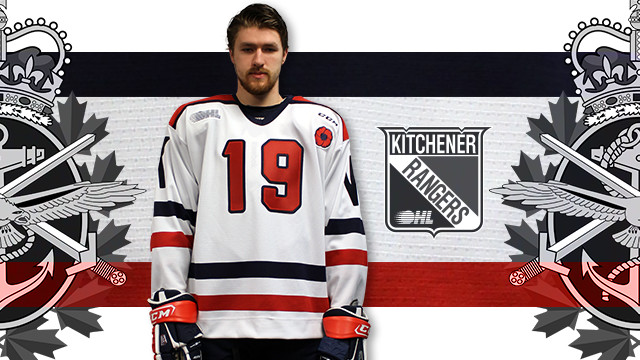 The Kitchener Rangers will once again proudly don a Remembrance Day commemorative jersey when they play host to the Sarnia Sting on Tuesday, November 10th at 7pm.

The 2015 Remembrance Day commemorative jersey is inspired by the jerseys worn by the Kitchener-Waterloo Dutchmen in the 1940’s and 1950’s. The sweater pays tribute to all the servicemen and servicewomen who have been – and continue to be – a part of the Canadian Forces.

The jerseys will be worn one-time only, and fans will have the chance to bid on the jerseys via a game day silent auction located in the Subscribers Lounge at the Kitchener Memorial Auditorium Complex beginning at 5:30pm on Tuesday until ten minutes after the game ends. Winners of each jersey will be notified via telephone no later than Monday, November 16th, 2015.

All proceeds from the auction of this year’s jerseys will once again benefit the 78th Fraser Highlanders Fort Conestoga Garrison and the Kitchener-Waterloo Poppy Fund.

The Remembrance Day commemorative jersey has been a Rangers tradition as a tribute to military personnel for the last eleven seasons, and has been inspired by the regiments, service people and veterans specifically of Waterloo Region for the last six seasons.

Over the course of the last eleven seasons the Rangers have raised more than $231,000.

Click here for tickets to the Remembrance Day game on Tuesday, November 10th versus the Sarnia Sting at 7pm. 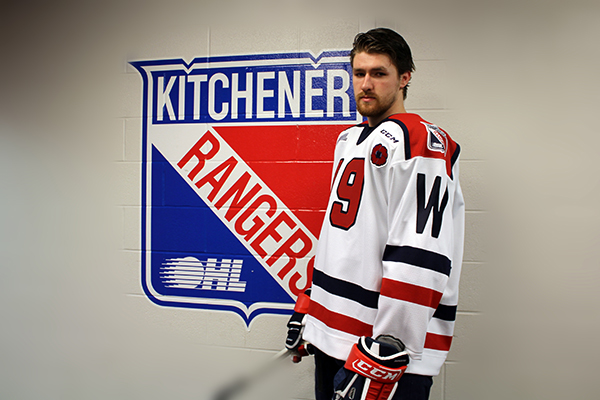