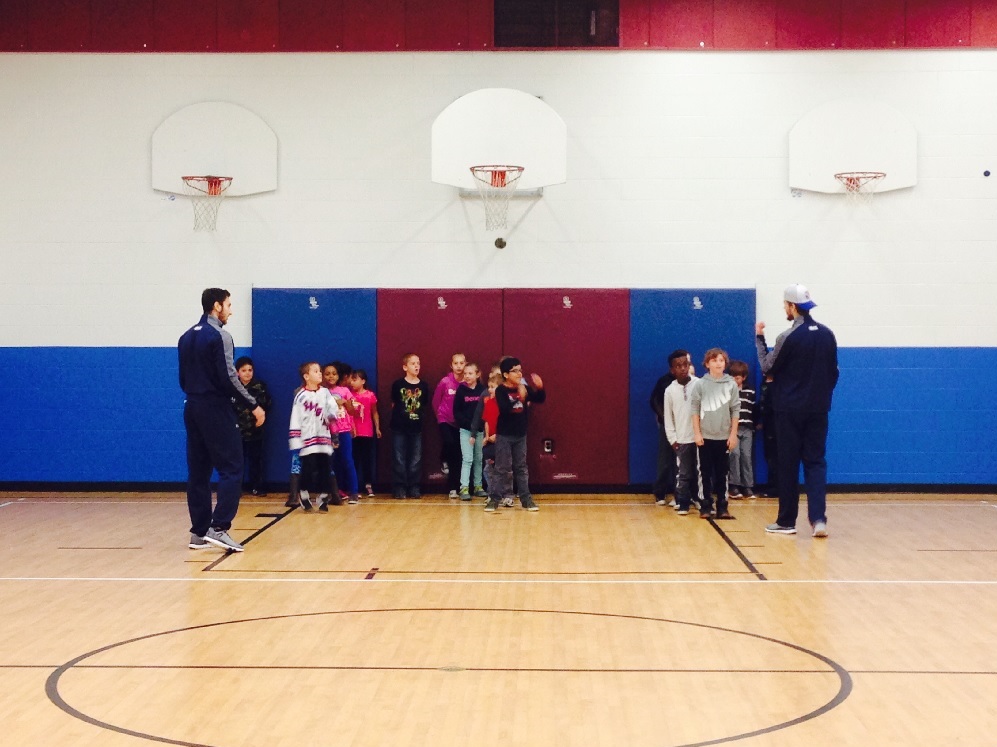 They taught a split class of Grade 3 & 4 students different hockey drills and technique, then did the same for a Grade 7 class.

“You could tell the students had a lot of fun going through the drills. They all did a really great job,” Ryan observed.

Dylan and Ryan stressed to the students the importance of being physically active and the positive impact it has on many aspects of your life, such as health, motivation, teamwork and mood.

“We told the kids that as athletes, we can notice a difference in ourselves if we neglect to keep physical activity as a part of our daily routines,” said Dylan. “If we don’t eat properly or get enough sleep, we don’t have enough energy to play our best. The same is true for them and having the energy they need to do well in school.”

They received a great question from one of the students in the Grade 7 class, asking how old Dylan and Ryan were. Many of the students were surprised to find out they were teenagers, just like them.

“When Ryan and I told the students we were teenagers, just like they are, and we told them how important it is for us to make sure we do well in school while we balance our schedule with practice and games, I think they really took it to heart.

“You could see they took value in seeing guys like us, guys they look up to, show them that not only is there value in education and time management, but that if we can do it, so can they. Without the RBC School Tour, we wouldn’t have had the chance to get that message across the way we did here today.” 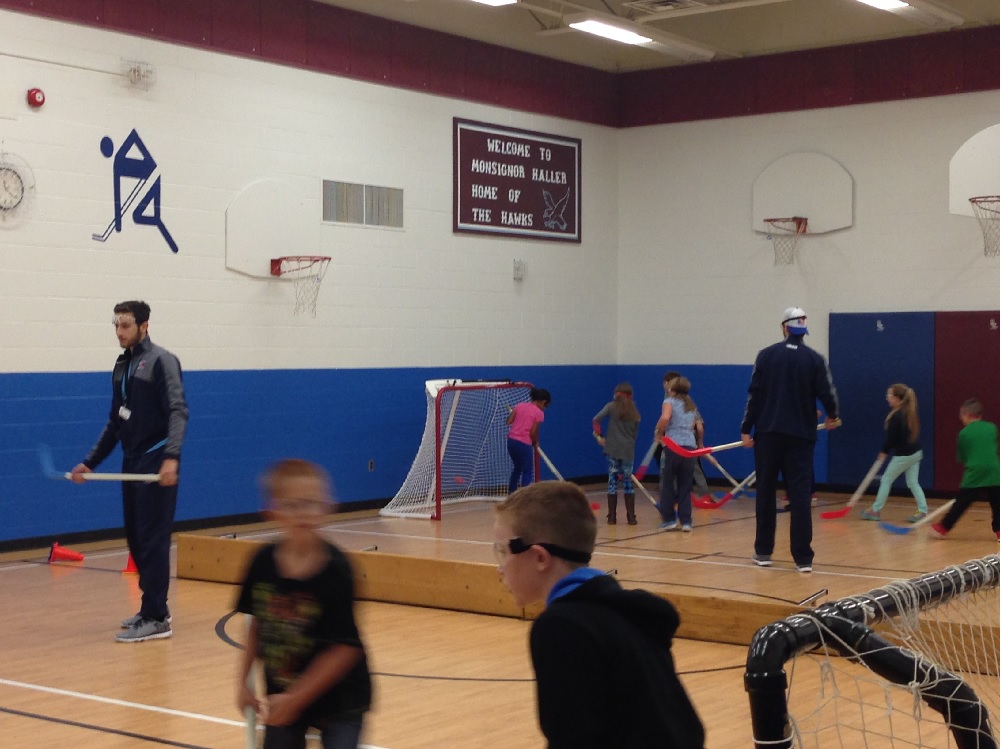