DON CAMERON POTATO NIGHT IS JUST AROUND THE CORNER 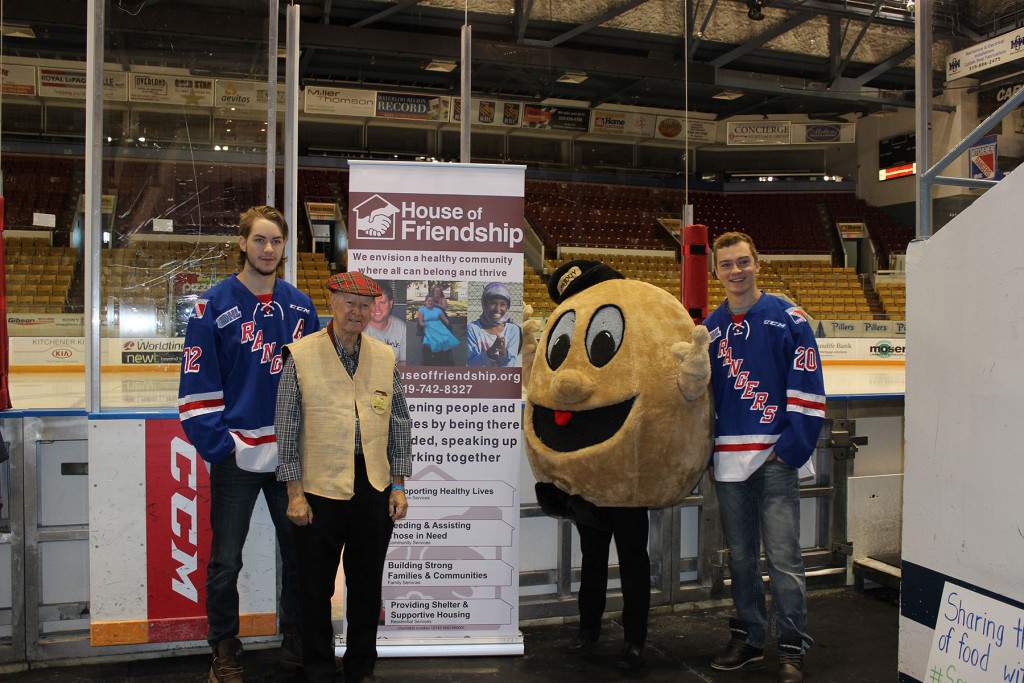 Mark your calendars! This year’s Don Cameron Potato Night is Friday, January 23 when the Rangers host the Kingston Frontenacs at 7:30pm.  Bring your donations of spuds or cash to the door and join Don and the Kitchener Rangers as they face-off against hunger. In addition, Zehrs Markets will donate an amount of potatoes equivalent to the total number of potatoes brought to the game by Rangers fans.

Led by ‘Team Blitz Coach’ Don Cameron, Rangers fans showed their generosity during the 2013-14 season by bringing over 4,000 pounds of potatoes to the game and making $5,400 in cash donations. Zehrs Markets matched donated potatoes, making for a very grand total of more than 35,700 lbs of spuds.

This year, to celebrate 20 years of Spuddy, Team Blitz is also inviting fans to share a #SpuddyUnselfie on Twitter. For every #SpuddyUnselfie shared with @HOFKW, Pfenning’s Organic will donate a 3 pound bag of potatoes (up to 800 pounds)! So send us a picture of you with your potato donation, of your favourite potato recipe, or just a picture of yourself and a message of support for the House of Friendship!

The annual Don Cameron Potato Night is the kick-off to House of Friendship’s 20th February Potato Blitz, which aims to collect enough potatoes for food assistance programs for an entire year. This year, the House of Friendship will use 300,000 pounds of potatoes to meet the need in our community and you can help. Donations of potatoes and cash can also be made at February Potato Blitz events or at the House of Friendship’s Emergency Food Hamper Program, 807 Guelph St., Kitchener, (Mon.- Fri., 9am-4pm), or at the Charles Street Men’s Hostel, 63 Charles St., E., Kitchener (anytime).

To learn more about the February Potato Blitz, and to get involved, please contact Dawn at 519-742-8327 or visit houseoffriendship.org.