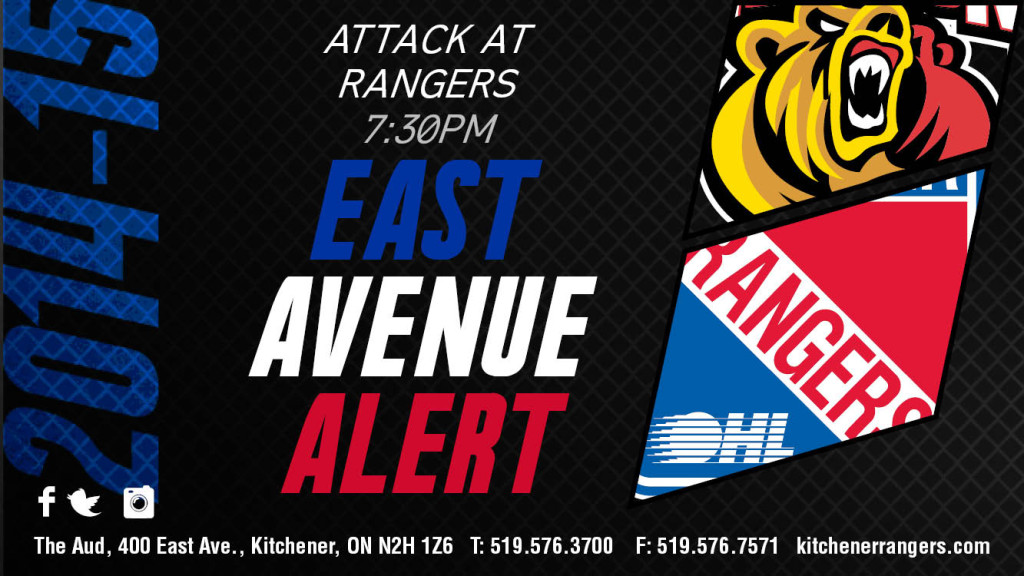 1. PATH TO THE POSTSEASON
The Rangers (20-15-3-6) and Attack (20-15-2-7) are battling for sixth in the Western Conference with 49 points each. A win tonight would leapfrog Kitchener in the standings and put the club closer to the fifth place Sarnia Sting (52 pts). This is the last time these teams will face-off in the regular season (OS leads series 5-2) 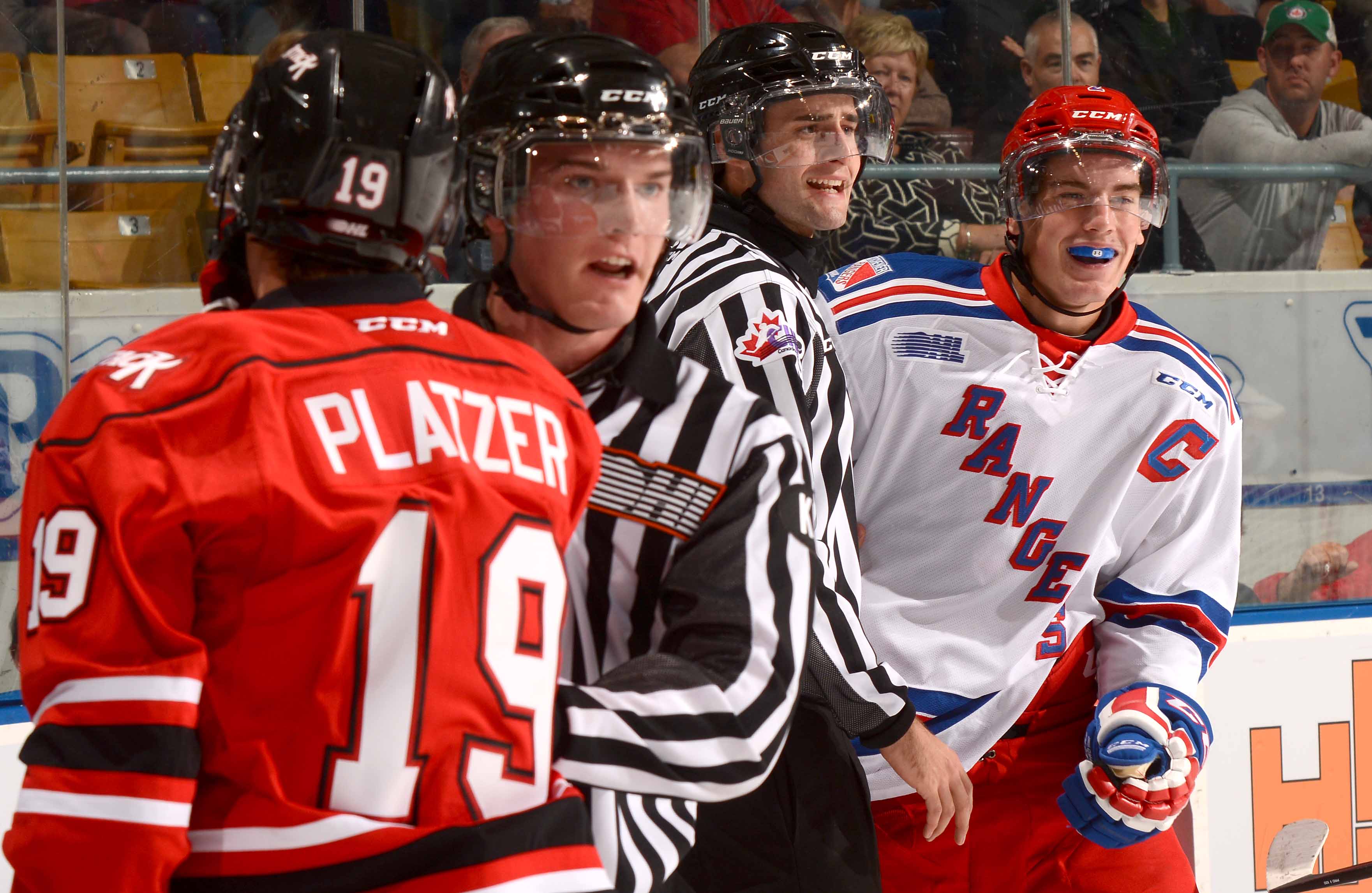 2. A PERFECT PARTNERSHIP
Tonight, Special Olympics athletes and members of the WRPS will be on hand to collect donations at our Community Corner. Fans who make a donation can fill out a ballot to be entered into our game night draw. Prizes include a team autographed Kitchener Rangers jersey and a WRPS ride-along with the Waterloo Regional Police Service. All proceeds from the evening’s draw will benefit Special Olympics Ontario and help to provide year-round sports training and athletic competition for individuals with intellectual disabilities.

3. WORKING OVERTIME
Four of the seven games in this season series have gone to a shootout: the most recent a 4-3 Owen Sound win on New Year’s Day. Each team has won two of the shootouts – Brandon Robinson and Nick Magyar sealed a 5-4 Rangers road win on November 1. 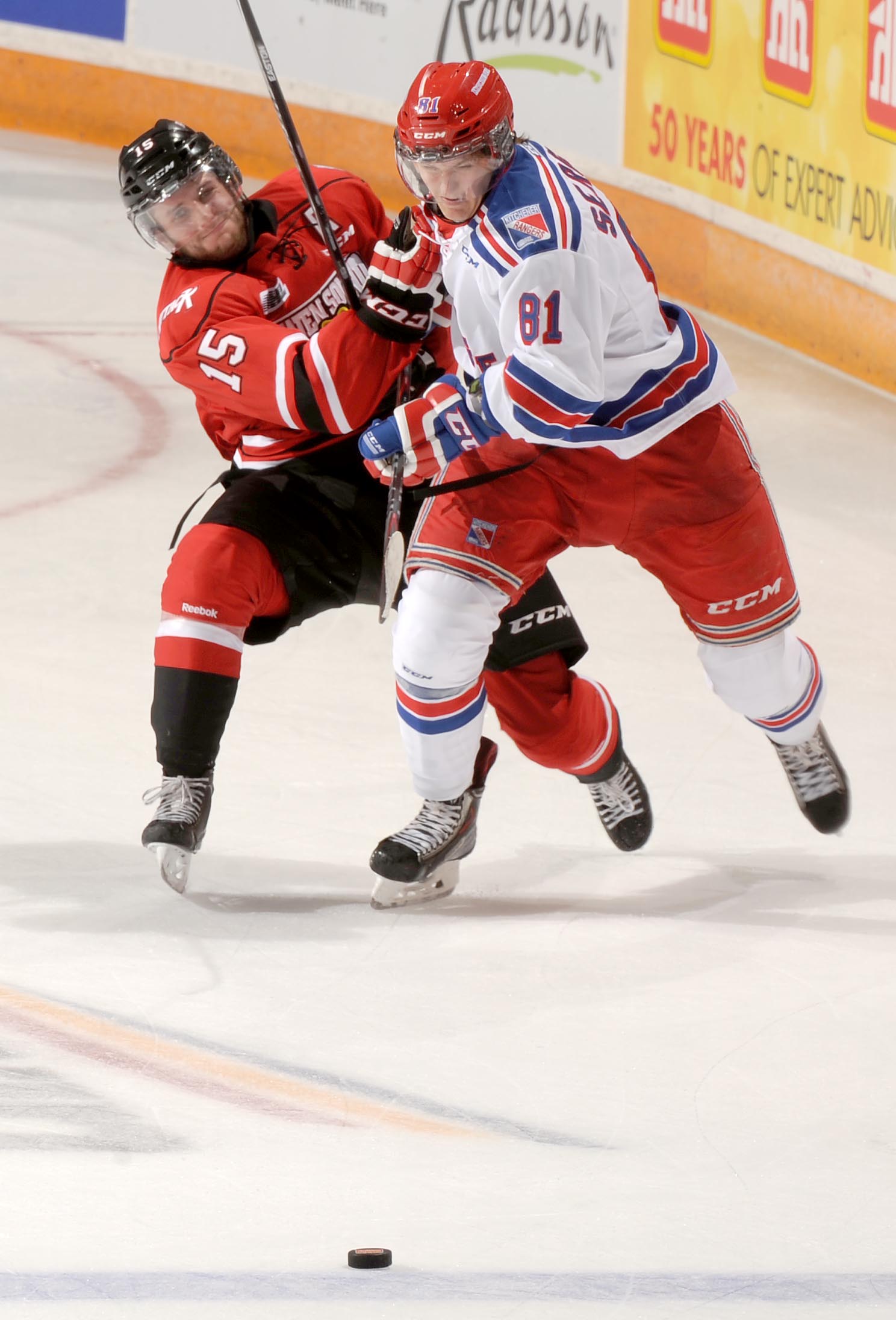 4. HOME SWEET HOME
The Rangers have won three straight at the Kitchener Memorial Auditorium, including a 2-1 win over the Kingston Frontenacs last Friday. The Aud will host three consecutive divisional games this week: tonight vs. OS, Saturday vs. GUE and Tuesday vs. LDN. Overall, the Rangers are 13-6-1-2 playing on East Ave this season. In contrast, the Attack have lost 14 of 22 on the road (8-8-2-4). 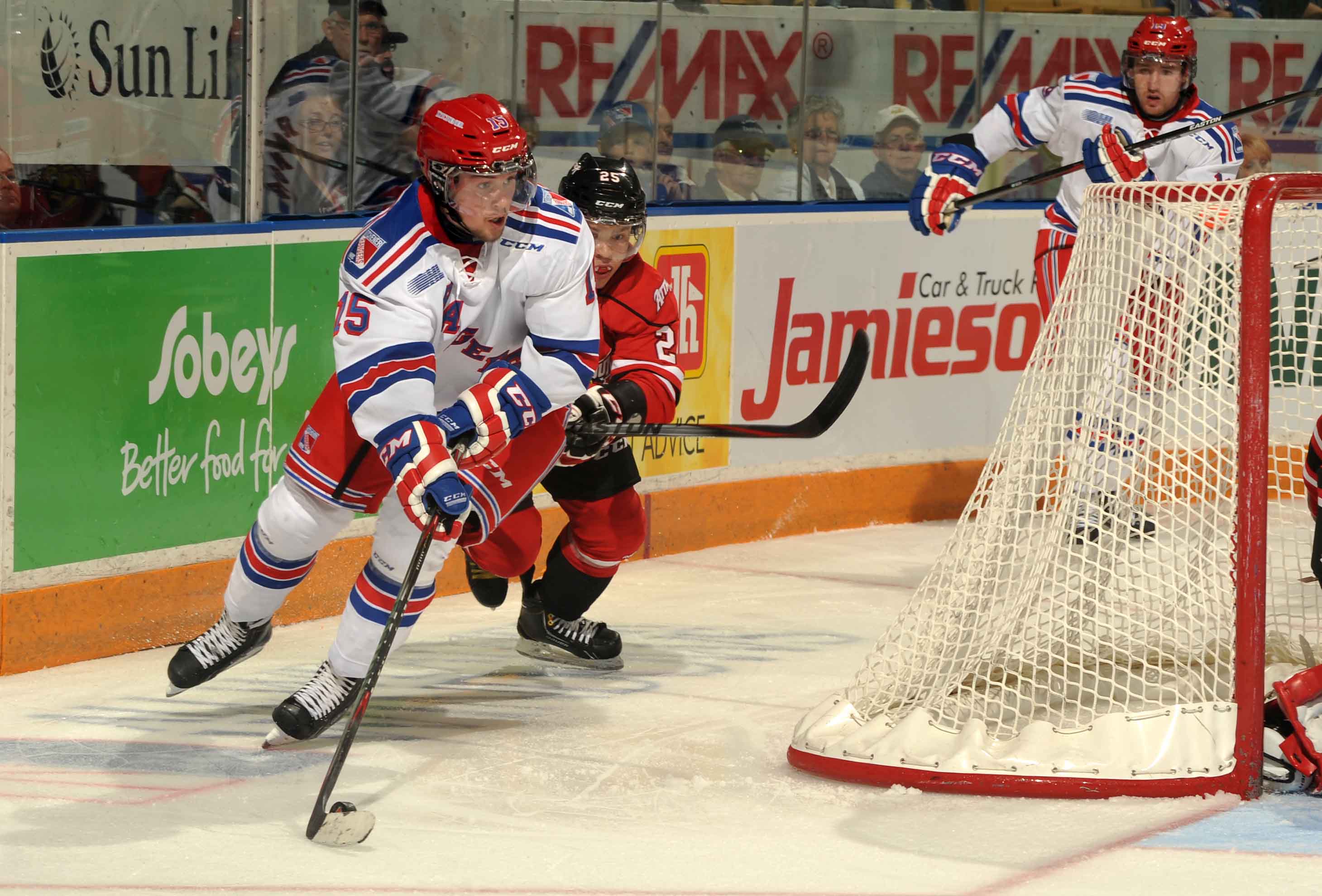 C Gustaf Franzen scored his first career Ontario Hockey League goal against the Attack (Home Opener, September 26/14). The Swedish import scored his 12th of the season on Sunday in Mississauga, and was listed by NHL Central Scouting in their Midterm Rankings for the 2015 Draft.