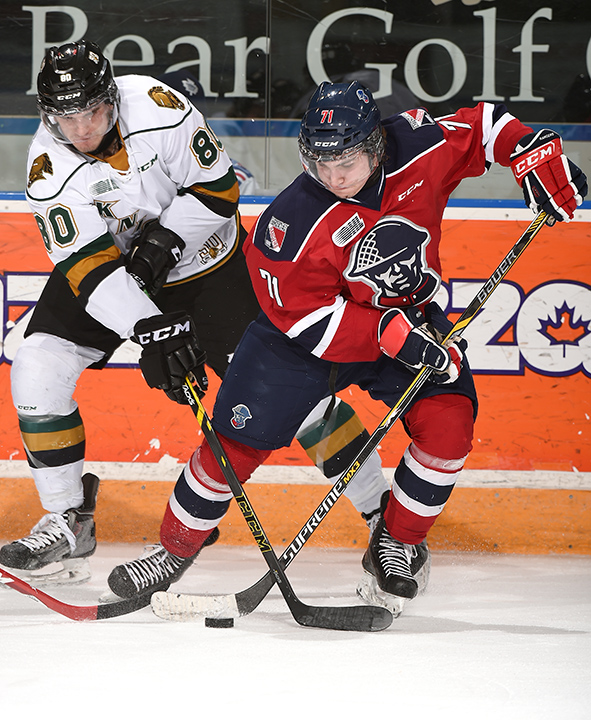 1. FAMILIAR FOES
Tonight a new chapter begins in the long-standing rivalry between the Knights and the Rangers. Kitchener has pushed London’s buttons all season, finishing the season series at 3-1-1-1 (including two wins at the Budweiser Gardens), and outscoring the Knights 25-15 in the process. The clubs last met two weeks ago in London, where the Blueshirts hammered the home team 8-1 and chased starter Tyler Parsons. 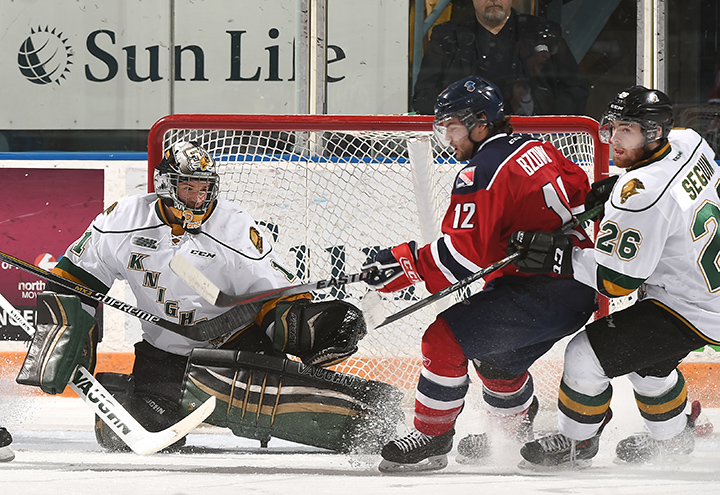 But the Knights know their way around the postseason, and ended the Rangers playoff dreams in back-to-back seasons (Western Conference Finals, 2012 and Western Conference Semi-Finals, 2013). With a long history of bad blood, it’s destined to be a tough battle to start the spring.

2. PATERSON’S PUSH
Jake Paterson is new to the Rangers, but no stranger to the Knights. The overage netminder twice took on the London lads in postseason action as a member of the Saginaw Spirit, and stole headlines in 2013 when he made 67 saves at the Bud Gardens in a double OT loss. 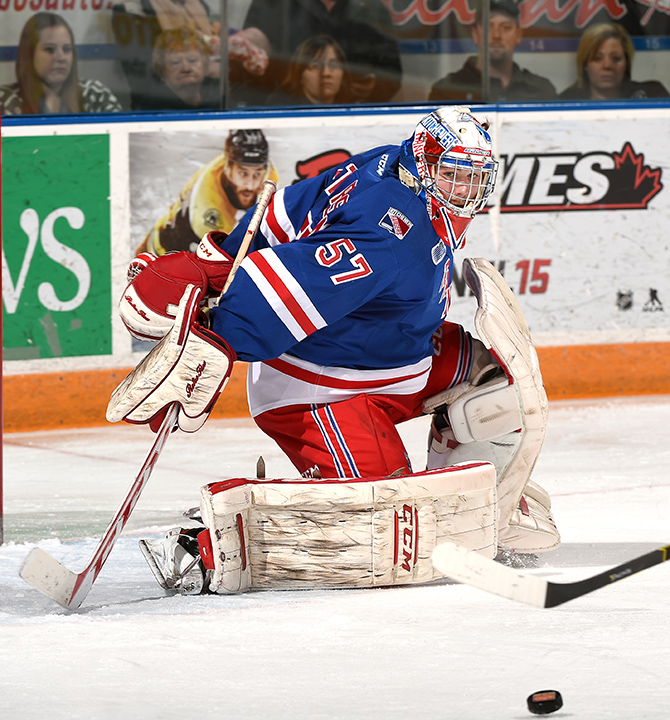 Paterson was named earlier this week as a finalist for both the Leo Lalonde Memorial Trophy (Overage Player of the Year) and the Goaltender of the Year Award. The Detroit Red Wings prospect has collected 14 wins since joining the Rangers in a trade with the Spirit at the deadline, and has posted a 2.37 goals against average and a .929 save percentage with two shutouts.

3. TOP GUNS
The Knights will ice three 100+ point skaters, including highly touted draft prospect Mitchell Marner who finished second in league scoring with 126 points. The sophomore had two goals and two helpers in the series with the Rangers this season.

Kitchener has spread their offence around, with Ryan MacInnis and Brandon Robinson finishing with 25 goals apiece. Robinson scored and netted a pair of assists in his last meeting with the Knights, three of his career best 54 points this season. 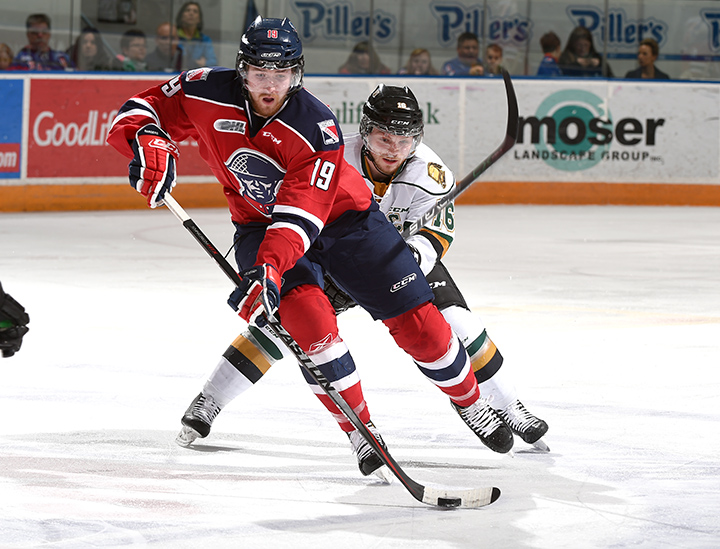 4. SILENCE THE GARDEN
The Rangers are the road team in this 3 vs. 6 playoff matchup, but have fared well in London this season. The East Ave crew picked up a win at Bud Gardens to open the series: Max Iafrate scored one of his career-best 12 of the year in the 4-1 victory, and finished with five points (3G/2A) in the series. 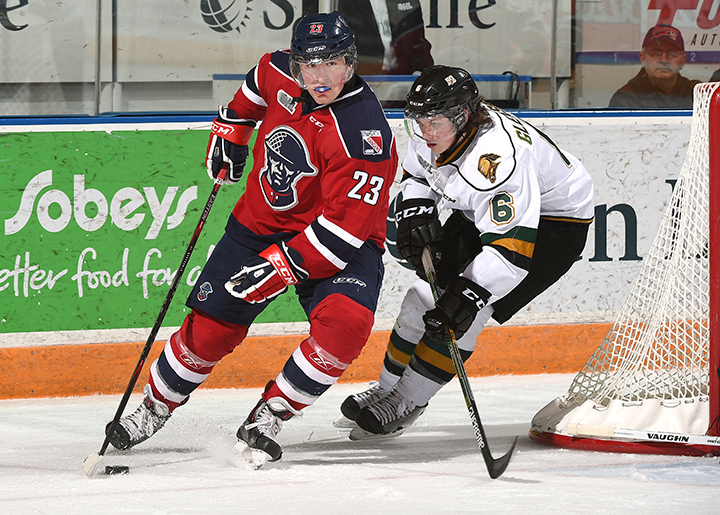 Don’t miss a minute of the playoff action! Tickets for Rangers home playoff games A and B are on sale now! 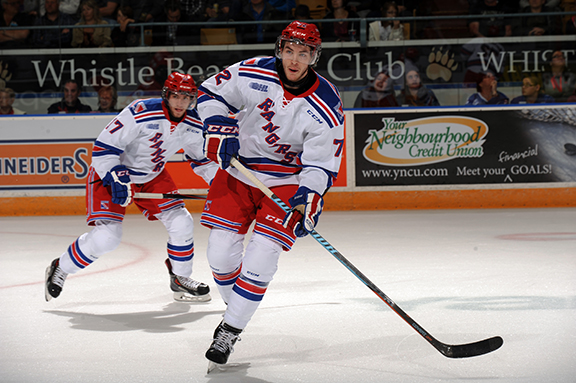 PLAYER TO WATCH
Team scoring leader Ryan MacInnis scored a pair and added an assist to lead the Rangers to a victory in the playoff preview matchup two weeks ago. The Arizona Coyotes prospect has at least one point in all six games in the series, totalling six goals and six helpers.  MacInnis finished his sophomore season with new career highs in goals (25) and assists (37), and appears tonight in his first career OHL postseason game.