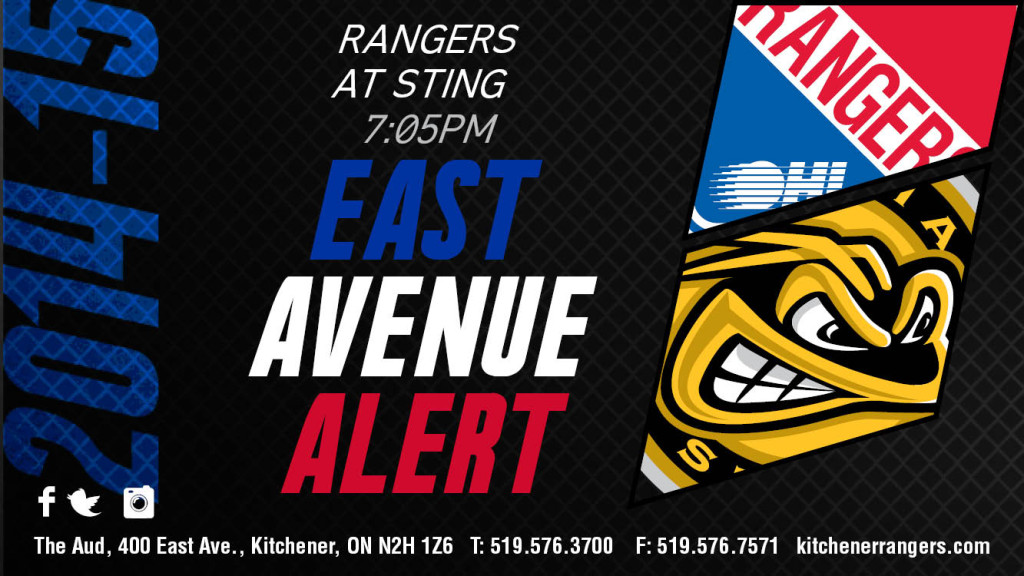 1. OT STINGS
The Rangers (23-15-3-6) and Sting (23-19-4-2) have split the season series so far with one win apiece. Kitchener won the last meeting on the road at the RBC Centre in dramatic fashion: after Sarnia erased a two goal deficit in the final frame, defenceman Frank Hora chipped in the overtime winner, lifting the Rangers to a 3-2 victory. The victory was the team’s first in the extra frame this year, and sparked Kitchener’s recent 7-1-1-0 record. In contrast, the Sting have lost five-of-seven since falling in OT to the Rangers.

2. RANGERS RUSH
A streak of three straight wins against Western Conference teams (Owen Sound, Guelph, London) has helped propel the Rangers into fifth place in the standings. The Blueshirts sit three points ahead of sixth place Sarnia and three back of the Storm and the #4 spot in the West. This home-and-home series gives the Rangers a golden opportunity to widen their lead over the Sting.

The winning streak has also sparked the offence: the Rangers have scored 13 goals over that stretch, including four from Nick Magyar, three from Ryan MacInnis and a pair from Brandon Robinson, who have united as the club’s top trio. 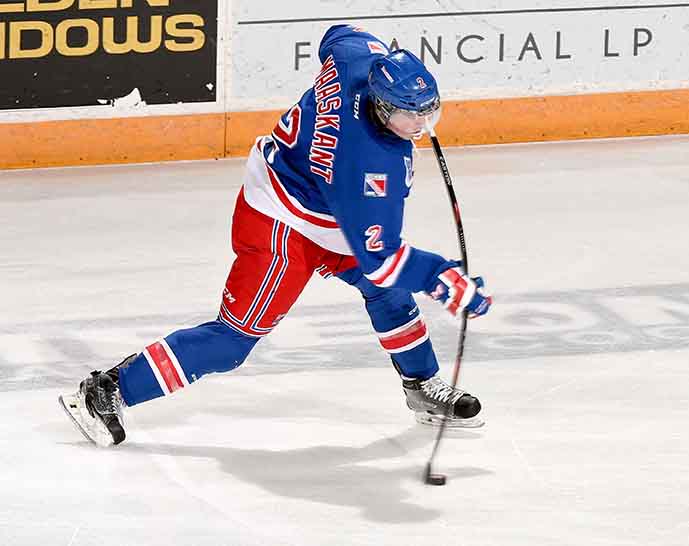 3. ON THE ROAD AGAIN
Life has been good on East Ave – the Rangers have won six straight on home ice, including the three-game stretch earlier this week. After an extended stay at The Aud, the boys are hitting the road, where they’ve won just seven of 22 attempts. They did collect a road win last month in Sarnia, where the Sting are 13-6-2-2 on the season. 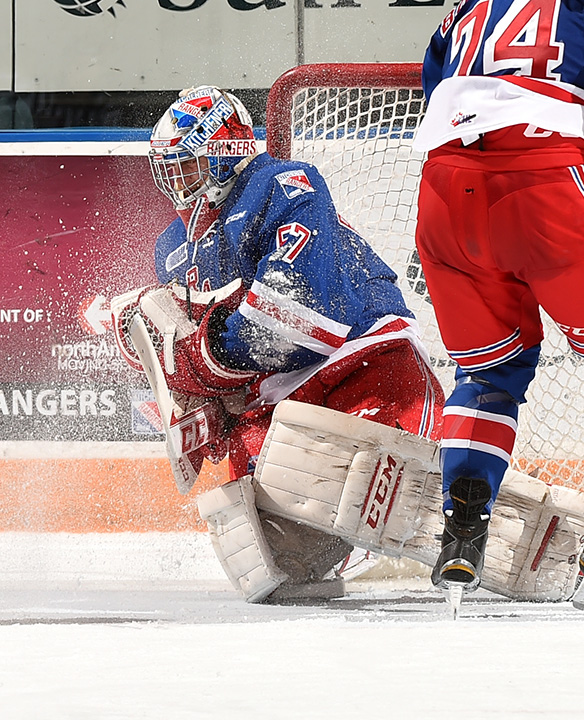 PLAYER TO WATCH
Overage netminder Jake Paterson was named the league’s top tender for the month of January yesterday, and has backstopped the Rangers to their recent 7-2-1-0 streak (only the Soo and Erie have better records in their last ten). The former Spirit goalie has posted a 2.08 GAA and a .932 save % with one shutout since his move to Kitchener, and has won three straight starts against the Sting.  Paterson also leads all active OHL goaltenders in career wins with 89.