Exhibition Season Ends With a Win 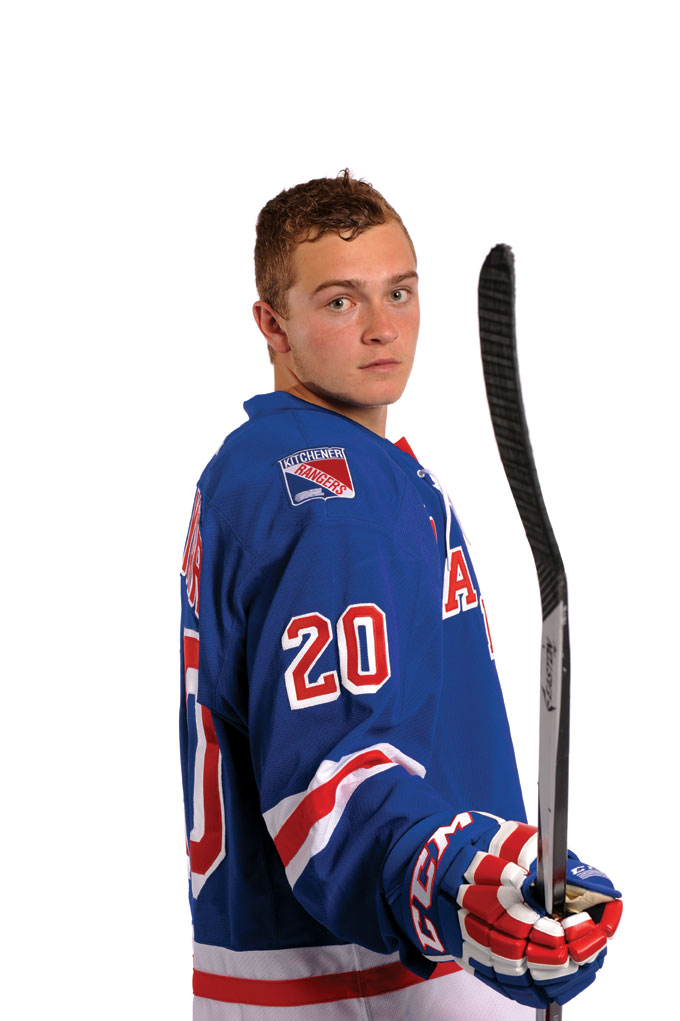 The Kitchener Rangers concluded their exhibition season with a 7-4 victory over the Niagara IceDogs. Nick Magyar led the offense with a pair of goals.

The IceDogs got on the board first, when Brendon Perlini snapped a puck past the blocker of goaltender Matthew Greenfield less than four minutes into the opening period. The power play goal was assisted by Jesse Graham and Jordan Maletta.

Perlini and Graham reconnected later in the frame, adding a second power play goal. Perlini collected the pass along the sidewall, carried the puck to the net and fired a shot by Greenfield. Anthony DiFruscia picked up the second helper on the play.

First year Rangers forward Nick Magyar put the team on the board in the latter half of the period. With Kitchener on a two-man advantage, the Ohio native fired a shot from the high slot that beat netminder Brent Moran. Jared Gilbert assisted on Magyar’s third of the preseason and second in as many nights.

Kitchener evened the score at 2-2 with less than 90 seconds remaining the opening period. Overage winger Eric Ming fired between the pads of Moran to collect his second goal in as many games. Curtis Meighan and Gilbert were credited with the helpers.

The Rangers out-shot the IceDogs 12-10 in the first period.

Niagara regained the lead early in the middle frame, with a short-handed tally from Mitchell Fitzmorris. The  centreman stripped a Rangers defender and carried the puck through the neutral zone, backhanding a shot past Greenfield to put the IceDogs up 3-2.

The Rangers responded quickly with a goal from second year rearguard Owen Stewart. His point shot flew over the left pad of a screened Moran, giving the Greely, ON native his first of the preseason. Magyar and rookie defender Doug Blaisdell assisted on the play.

Kitchener took its first lead at the 5:34 mark of the middle frame as Kegan Blasby’s shot bounced off a skate in front and slid between the pads of Moran. His second of the exhibition season was assisted by import blueliner Dmitrii Sergeev.

Just eight seconds later, the Rangers pushed their lead to 5-3. Sophomore forward Darby Llewellyn collected a pass from Stewart, and pushed it through the five hole of the IceDogs netminder for his first of the preseason.

With a two-goal lead, Kitchener elected to make a goaltending change, sending Jack Moylan into the crease in relief of Greenfield.

Niagara cut the Rangers’ lead to 5-4 with one minute remaining in the period. With the IceDogs on the power play, Ben Hughes fired a shot from the point that was deflected past Moylan. Brian Brosnan assisted on the play, with the second helper credited to Fitzmorris.

The Rangers continued to lead shots on goal by a 12-11 margin.
The Rangers extended their lead to two goals early in the third period. At the 3:08 mark, newcomer Scott Teskey intercepted a pass and carried it down the wing before firing a shot over the glove hand of Moran.

Magyar added his second of the game in the latter half of the third period, giving the Rangers a 7-4 win. The rookie jumped on a puck that bounced off the boards and one-timed a shot from the slot to secure a Kitchener win.

The Rangers conclude their exhibition season with a 3-2 record. The reular season commences Friday, September 20 when Kitchener hosts the Saginaw Spirit at The Aud.

The Kitchener Rangers open their 2013-14 season on Friday, September 20 when they host the Saginaw Spirit at 7:30 pm. Tickets to Rangers home games are available by phone at 519-578-1570 or 1-800-265-8977, via the internet at www.centre-square.com or in person at the Centre In the Square Box Office or the Kitchener Auditorium Box Office.