Please check back for information regarding the 2022-23 season.

Do you know someone special that has a birthday, anniversary or graduation coming up? Surprise them with a celebration message on our centre ice video board.

The cost of a special announcement is $20. Proceeds from Kitchener Ranger’s announcements support Clarky’s Kids. Payment and information for your announcement must be received no later than two (2) business days prior to the game date. Limited space for each game.

Payment for the announcement can be dropped off in person by appointment at the Kitchener Rangers office, 1963 Eugene George Way, Kitchener, ON. Office hours are Monday-Friday 9:30am – 5pm, or feel free to call the office with your credit card information. 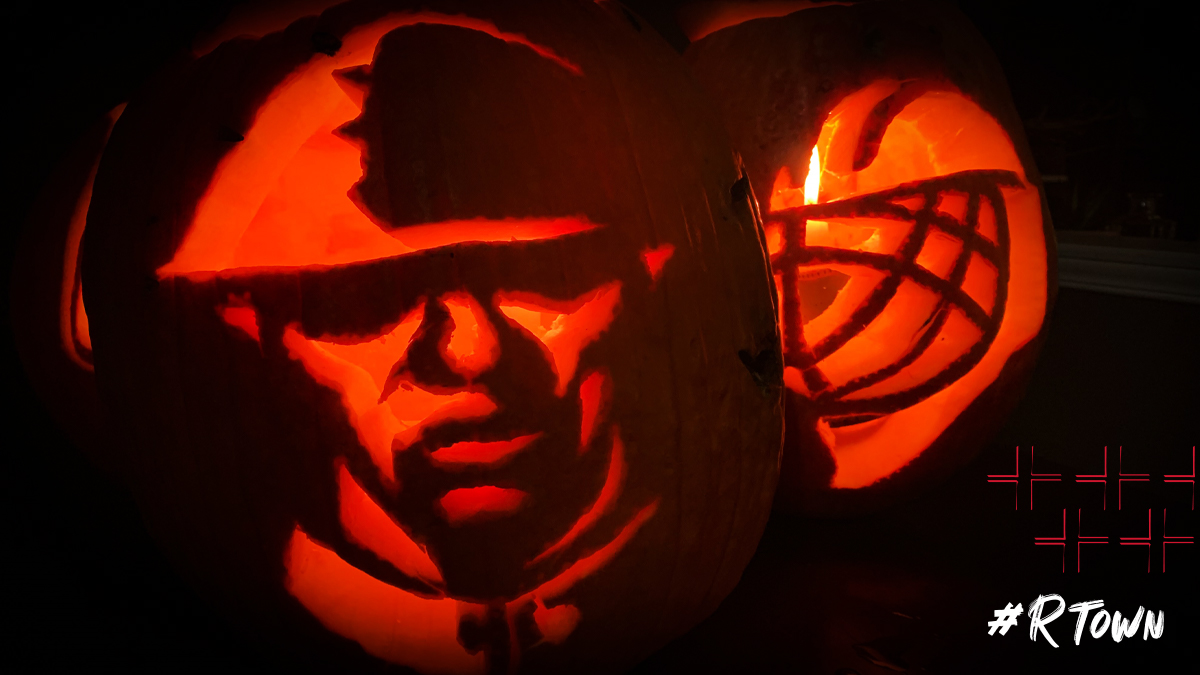 We have created some Kitchener Rangers stencils that you can use at home in order to carve some spooky pumpkins. Just print out the pages below, and get carving!

Make sure to tag us in your final pumpkin pics (@OHLRangers, #RTown)

From May 4th to June 1st, 2020, we asked #RTown who they think is the best all-time Rangers player. A lot of time and consideration went into compiling a 64-player bracket because a number of incredible players have worn the Rangers jersey over the past 57 seasons.

After six rounds of head-to-head voting on Twitter, former captain Michael Richards was named the winner of the Rangers Bracket Challenge!

Taking on Al MacInnis in a three-day final vote, Richards came out victorious by a 68%-32% margin. Drafted 24th overall by the Philadelphia Flyers in the summer of 2003, Richards still ranks in the Rangers’ all-time top ten for total assists (183) and points (292).

Thanks to everyone who participated! To view the full and divisional Bracket Challenge results, click here.

McLelland Hall was named in honour of Dave McLelland, an Honourary Director and fan of the Rangers since the team’s inception in 1963. For six decades, Mr. McLelland has collected memorabilia, keepsakes and memories of franchise history, and has generously donated his collection to the Rangers so it may be enjoyed by fans now, and for years to come.

Located in Rangers Authentics, open during the season Thursday’s 4-8pm and during all home games.

For those wanting to donate items, please contact Christy Aubin at caubin@kitchenerrangers.com

The City of Kitchener provides a limited number of reserved parking spaces located in LOT A. This parking lot allows patrons to pre-purchase reserved parking spaces that are adjacent to a venue entrance and ensures a reserved space for all Rangers home games. Your Rangers season parking pass will allow one vehicle entrance and parking to LOT A for (34) regular season home games and all playoff games. The Rangers Season Parking Pass is offered for $797.75 plus tax and is offered as a Season Pass ONLY. Please note that we currently have a waiting list as we are sold to capacity for the season. Click here to find out more > 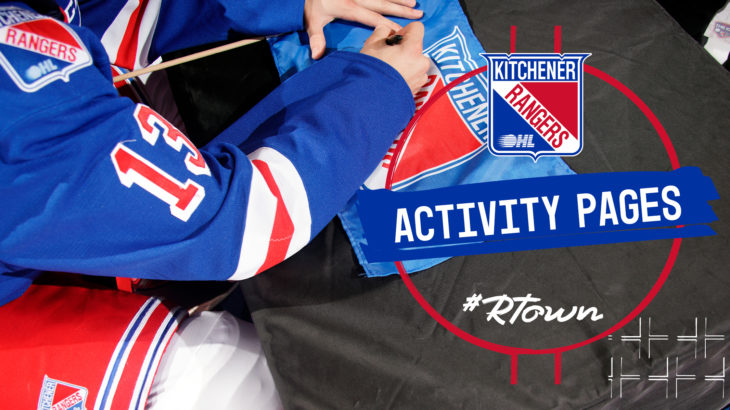 Hey #RTown, we have created some fun activity pages for you to print off at home and complete!

Make sure to tag us in your artworks and puzzles (@OHLRangers, #RTown)