Fanelli – Back In Action 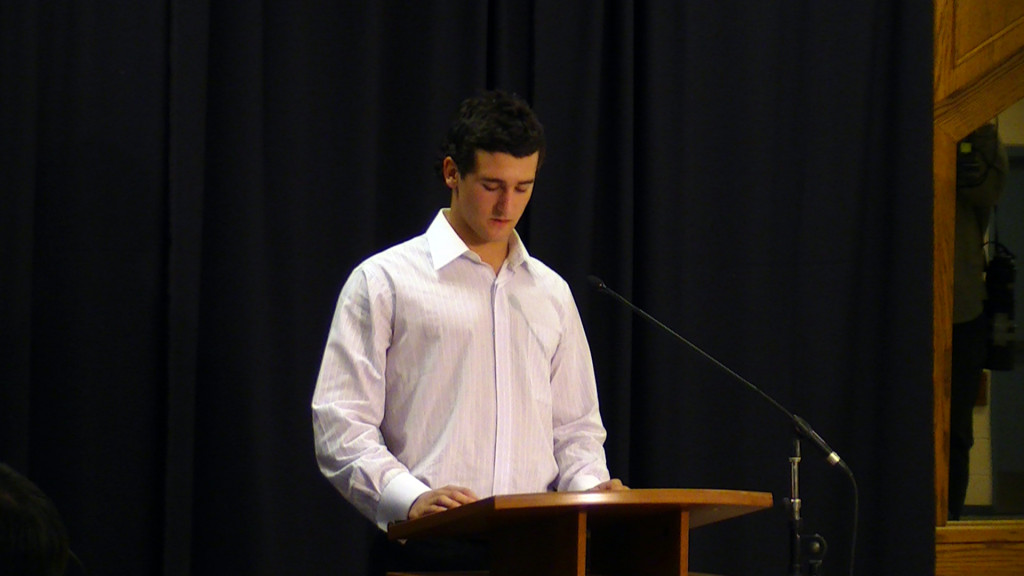 “I’m happy to be back,” says Fanelli about his return to action with the Kitchener Rangers. “It felt amazing to play this morning, (at training camp) it was great to be with the players again, we were having fun out there.”

Fanelli suffered a serious head injury in October 2009 and has been looking forward to his return for awhile now. The Rangers are thrilled to have him back in the line up.

In a press conference held at The Aud today Steve Bienkowski, Chief Operating Officer and Governor of the Rangers mentioned that, “His focus on physical training has been well documented and allowed him to complete a triathlon in early June before closing out his summer training period with a 120km bike ride with Lance Armstrong.” Bienkowski went on to say that “this moment (Ben coming back to the ice) is definitely a highlight in our history.”

Head Coach and General Manager Steve Spott said Ben “is not normal,” and what he meant was that Ben is an extraordinary player and person. He challenges himself constantly to do better. “Since his injury Ben has been joining the Rangers at practice and for off-ice training to keep his body in top shape for this moment.”

It will be a proud moment for Fanelli when his name is announced at the Rangers home opener on Friday, September 23rd.  A day Spott says he fully expects Ben to be ready for. “Ben has successfully completed his cognitive testing. He has had to go through all of the necessary return to play protocols and passed well.”

The Rangers have supported Ben with his rehabilitation but it is Ben who is responsible for his return. We welcome him back and look forward to the 2011-12 season.