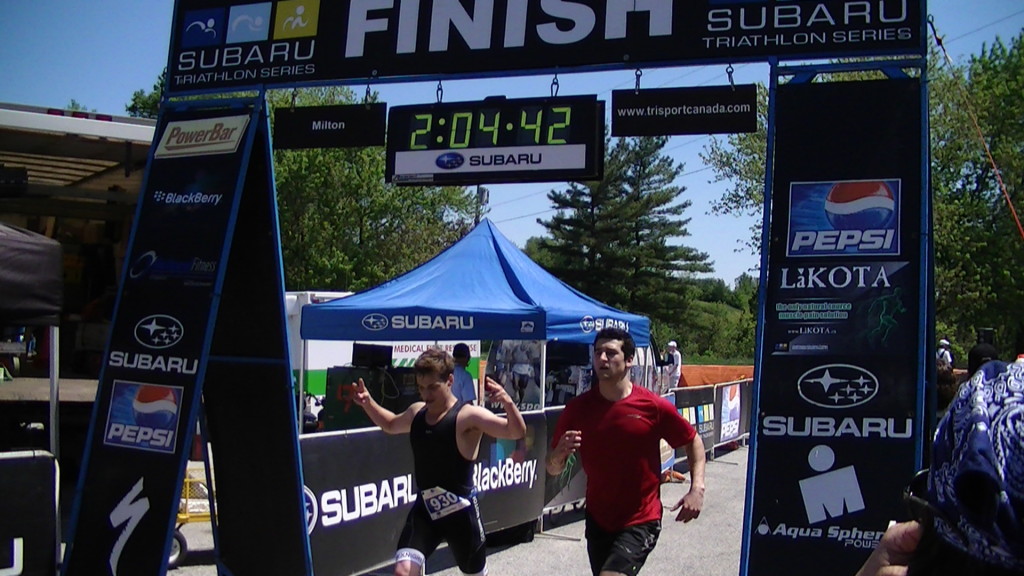 Ben planned to participate in the Subaru Triathlon Series at the beginning of this year but decided that he wanted and could do more. He partnered with the Kitchener Rangers to develop Head Strong, a program designed to raise awareness about brain injuries.

“Originally, participating in the triathlon was a goal for me to work on since I was not able to play hockey this past season,” Ben says. “But I wanted to do something bigger. I found an association I could support and that’s how Head Strong came to be.”

Although promoting and being a part of Head Strong is still one of his main priorities, Ben is looking forward to training for hockey once again. “I’m focusing on playing for the Rangers again,” he stresses. “That has been my main goal since my injury.”

Rangers fans are looking forward to seeing Ben back on the ice with the rest of his teammates. But until then, they can see Ben participate in community events in support of Head Strong.

“The Tour de Waterloo is next,” Ben says. “After that, I will continue to build awareness and gain support for Head Strong and brain injuries.”

The 2nd Annual Tour de Waterloo in support of the Grand River Hospital Foundation will take place on June 26, 2011 at Columbia Lake Health Club. Ben will be riding with the VIP Cycling Group in a 5km “rolling start”. The event starts at 8:30am. You can find more information on the Tour de Waterloo website.

Visit the Kitchener Rangers Head Strong page for more information or to see how you can help.