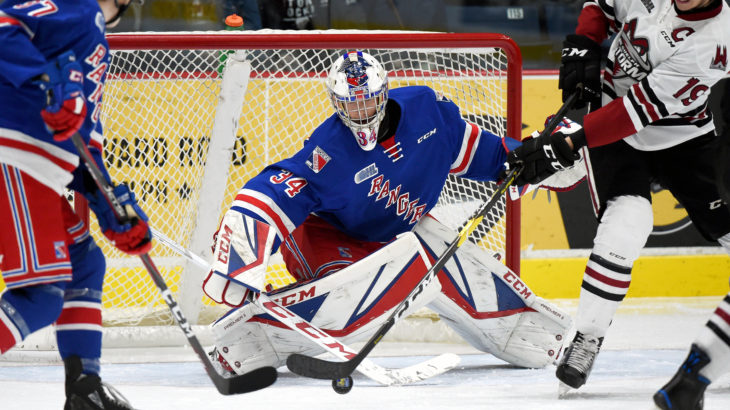 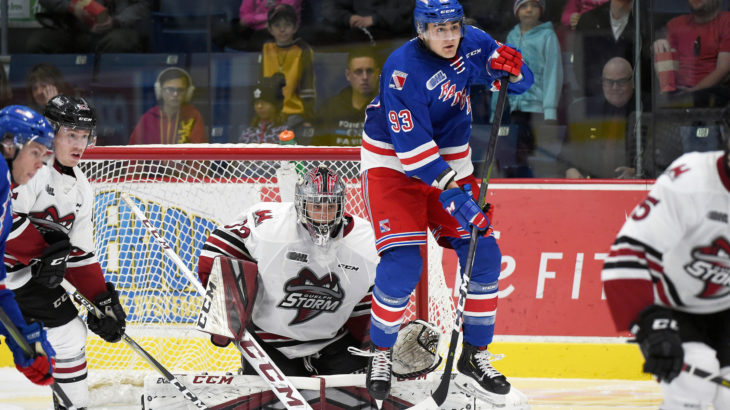 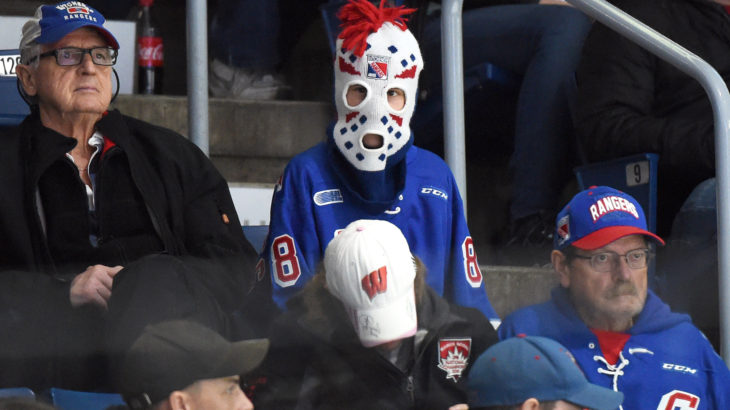 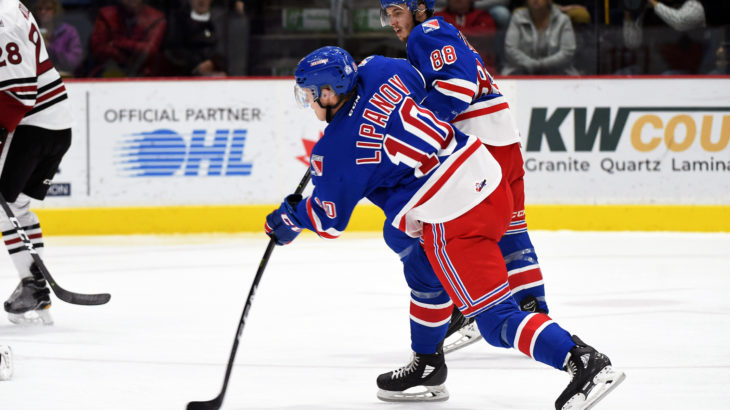 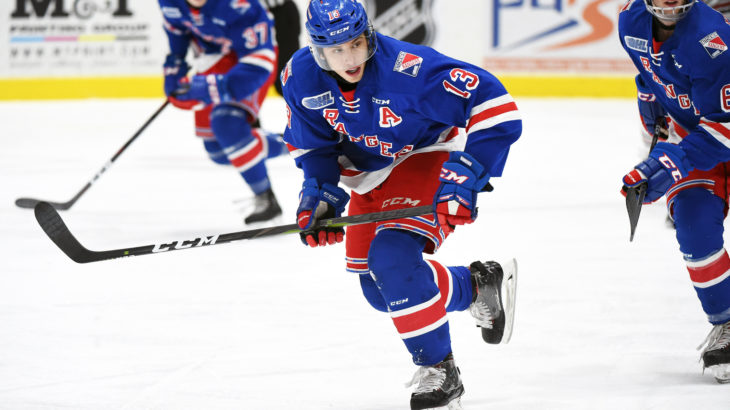 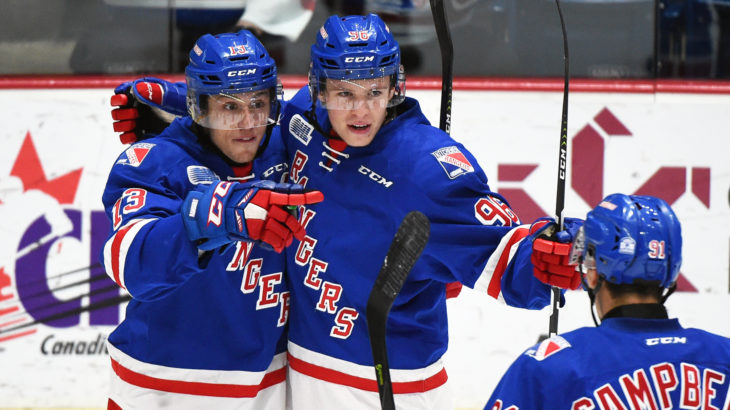 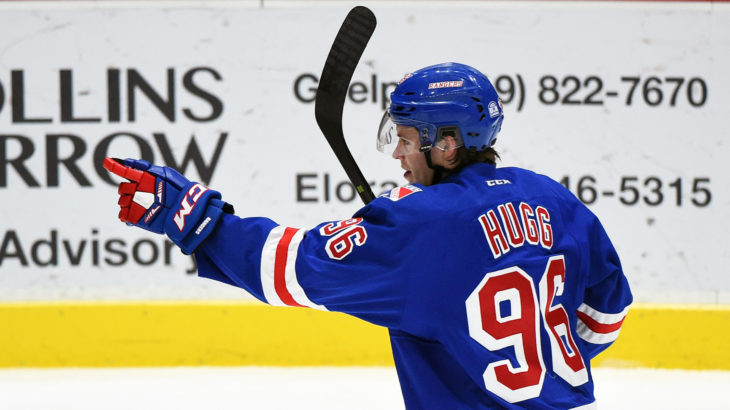 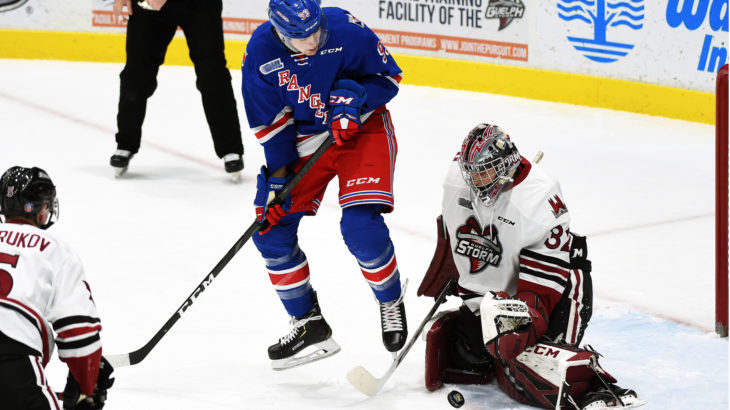 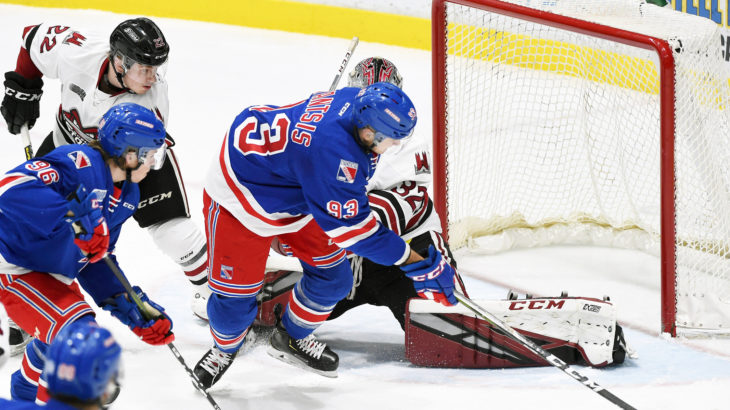 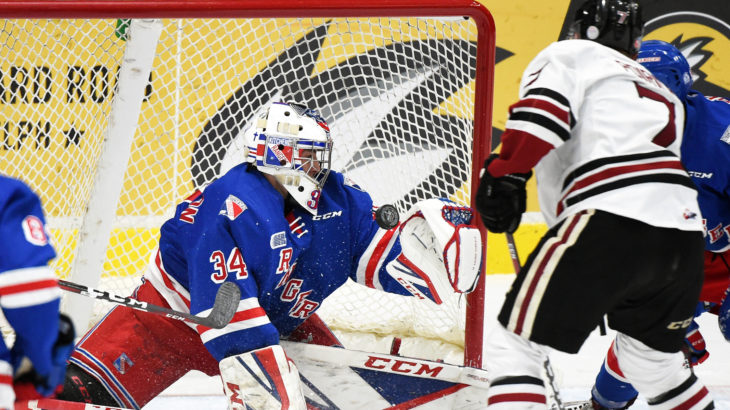 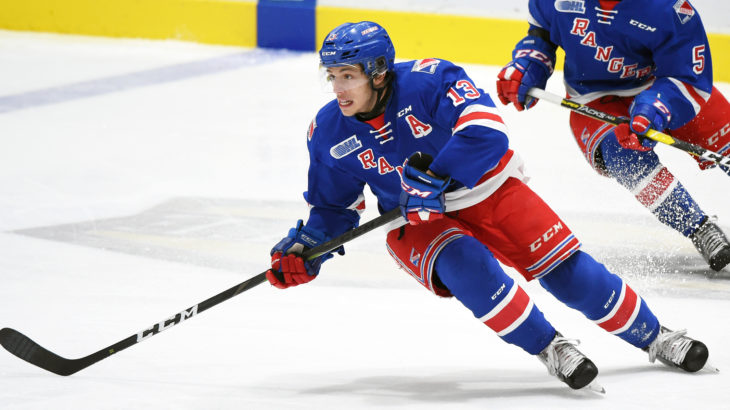 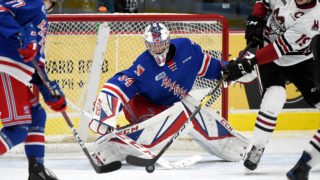 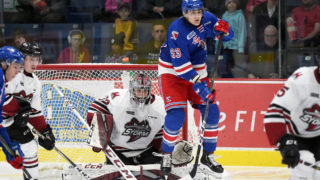 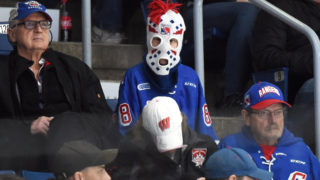 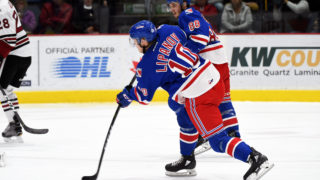 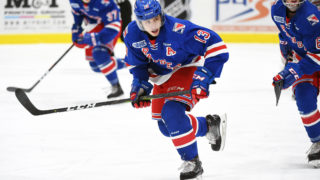 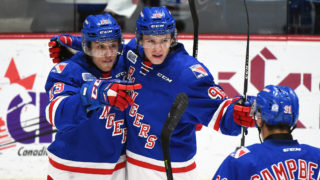 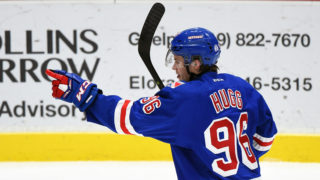 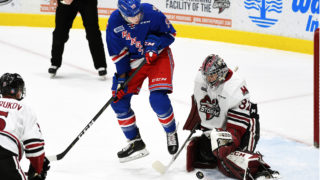 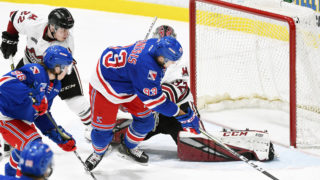 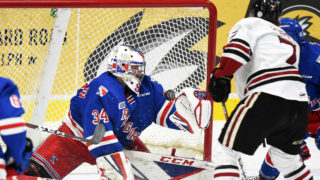 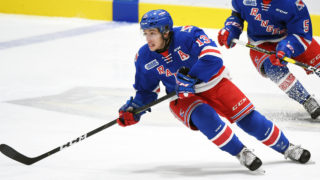 Guelph, ON: For the second time in three days, the Rangers and Storm faced off in a midwest division clash, this time in the Royal City.

It was a back-and-forth first frame as Guelph’s Nate Schnarr opened up the scoring on a Rangers giveaway in front of Luke Richardson. Shortly after it was Jonathan Yantsis earning his eighth of the season on a poweplay goal. Guelph, on a powerplay of their own, took the lead back thanks to Luke Ratcliffe and then, finally, Kitchener knotted the game up on a Rickard Hugg goal and that’s how the first would end. 2-2.

30-seconds into the second, Schnarr scored his second of the night on a breakaway and once again, the Storm went up by a goal, 3-2. The score would stay that way until the final few minutes of the period when the Storm scored their second powerplay goal of the night to go up 4-2 after 4o-minutes of play.

The third period featured just one goal, an empty-netter by Ratcliffe, which made the game 5-2 and that’s how it’d end for the Rangers.