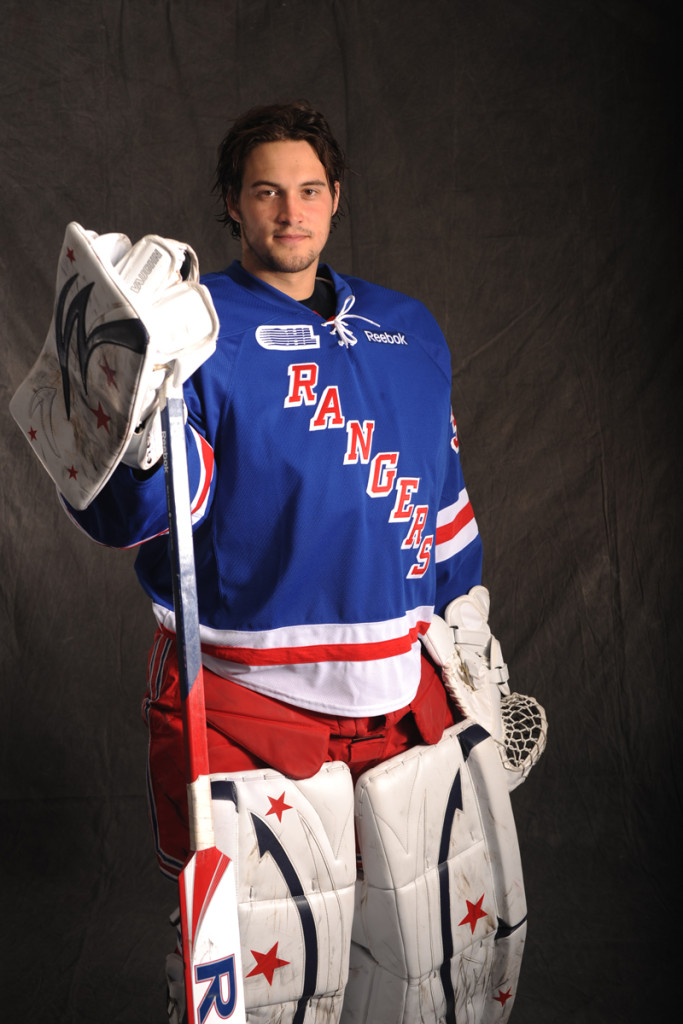 USA Hockey today announced that goaltender John Gibson is one of 48 players that have been invited to the U.S. Men’s National Team Orientation Camp from Aug. 26-27, at Kettler Capitals IcePlex in Arlington, Va.

The Pittsburgh, PA native is one of nine players on the orientation camp roster who played for the bronze-medal winning U.S. Men’s National Team at the 2013 International Ice Hockey Federation World Championship in Stockholm, Sweden, and Helsinki, Finland earlier this summer.

In 2013, Gibson was the recipient of USA Hockey`s Bob Johnson Award, given annually to recognize excellence in international hockey competition during a specific season of play. The Anaheim Ducks prospect enjoyed unprecedented success on the international stage last year, backstopping the U.S. National Junior Team to the gold medal at the 2013 IIHF World Junior Championship in Ufa, Russia. He posted a 5-0-0-2 record and was selected Most Valuable Player of the tournament. Gibson also received the directorate award as the tournament’s best goaltender, was selected to the Media All-Star Team and was named one of Team USA’s best three players of the tournament. He set the U.S. record for save percentage (.955) for a single World Junior Championship and his 1.36 goals-against average ranks as the third-best by a U.S. goalie in any single tournament.

The 19-year-old netminder also helped the U.S. Men’s National Team earn a bronze medal at the 2013 IIHF Men’s World Championship, where he finished second amongst goaltenders with a 1.56 goals against average and .951 save percentage. He became the second-youngest netminder in world championship history to win a playoff game with an 8-3 victory over Russia in the quarterfinals before backstopping Team USA to a bronze medal shootout win over Finland.

In addition to two medals this season, Gibson also earned gold medals with the Americans at the Under-17 World Hockey Championship in 2010 and the 2011 Under-18 Championship.

In two seasons with the Kitchener Rangers, Gibson posted a 38-19-0-1 regular season record with a 2.60 goals against average and a .928 save percentage. He was twice recognized with the Charles Chalkin Memorial Trophy as the Rangers’ most valuable player in the postseason, and finished the 2013 playoffs with a .946 save percentage and 2.17 goals against average in 10 games.