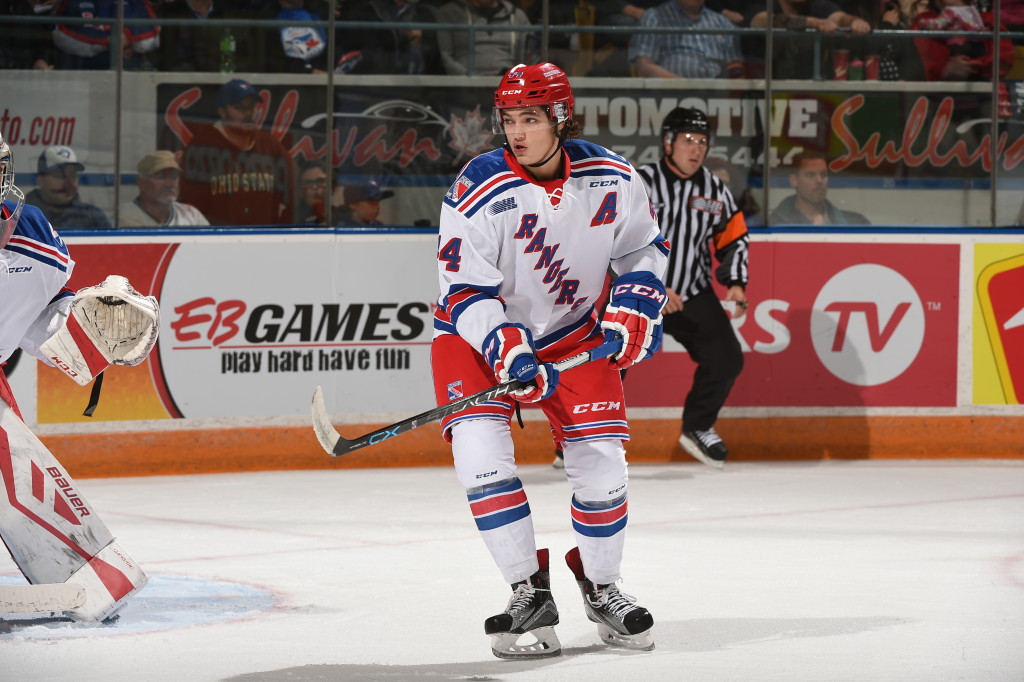 Frank Hora wants this to be the best season of his OHL career.

The sturdy, 19-year-old rearguard from Cheektowaga, New York is entering his third season as a member of the Kitchener Rangers, but has the poise of someone who’s been around much longer.

In his rookie season of 2013-14 he appeared in 65 games for the Rangers, posting a goal and 19 assists, but on a struggling Kitchener club he, like many of his teammates, found himself on the wrong side of a plus/minus stat at year end, finishing a minus-18.

But Hora learned a lot in his debut season with the Blueshirts, especially from fellow blueliner and former captain Ben Fanelli. 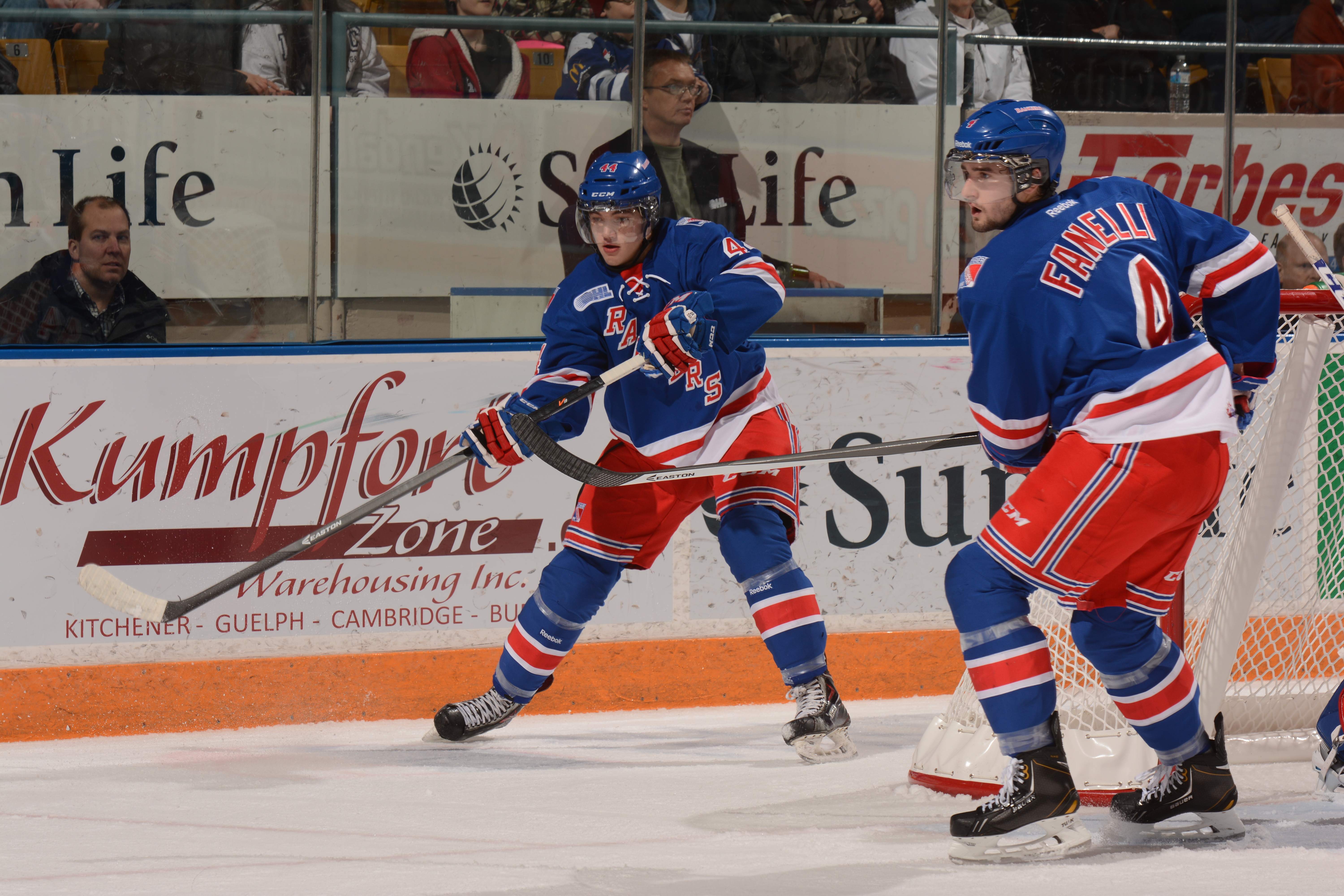 Fanelli’s lessons went beyond just what the youngster learned from him while being paired as his defence partner for much of Hora’s rookie season. He learned that being the best player you can be meant more than just learning how to execute on-ice drills and being positionally sound.

“He taught me what I needed to do nutrition wise and how to work out properly,” recalls Hora. 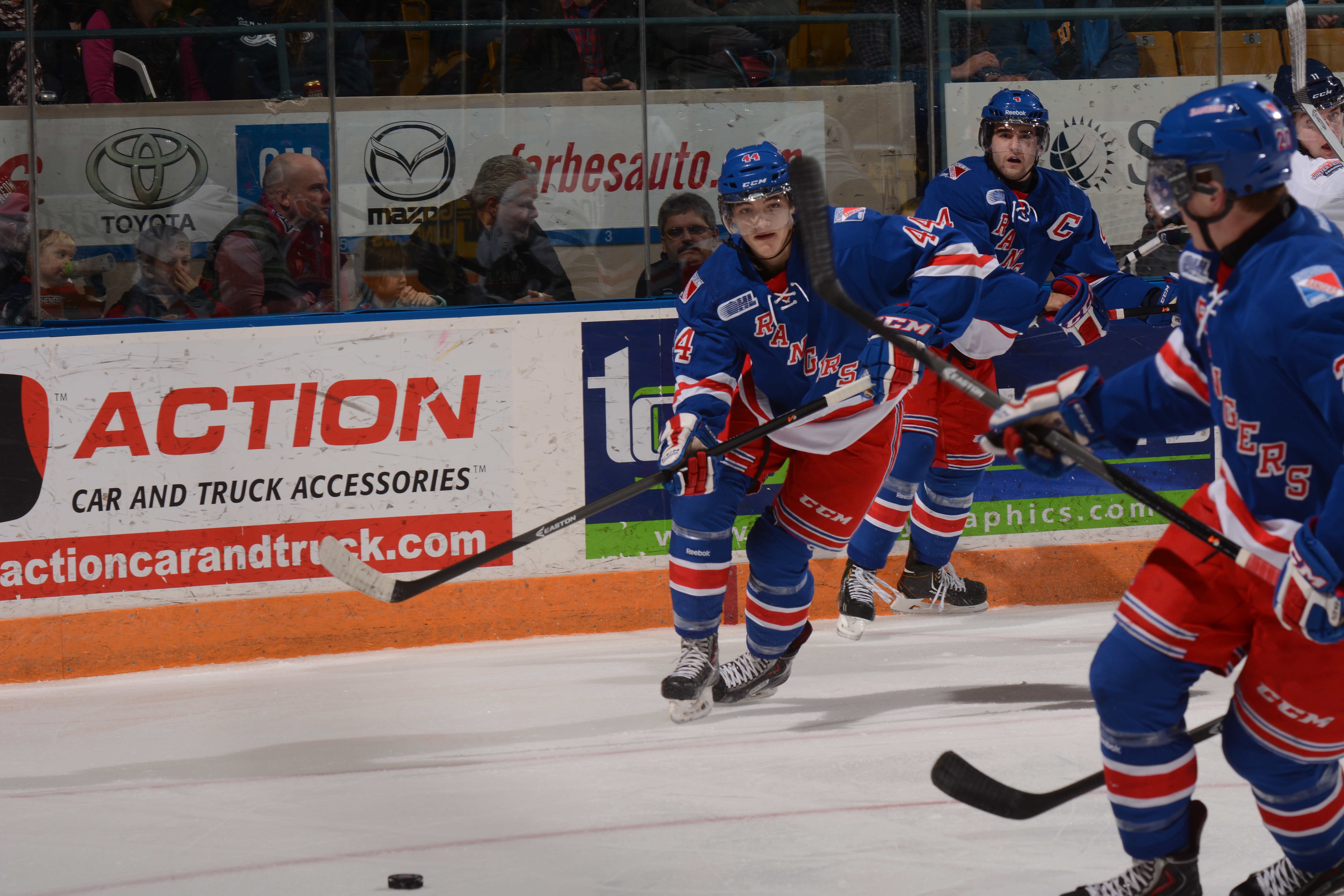 Hora soaked up the advice, and the following season there was noticeable improvement, both amongst the team and Hora’s own individual game. He would finish with 33 points (4G, 29A), and a plus+13 rating (highest amongst Rangers defenceman) and quickly became someone the coaching staff trusted on the ice during big game situations.

He also earned the honour of wearing a letter for the Rangers as an assistant to captain Liam Maskaant, and embracing that role as a leader is something Hora values highly.

“It’s a huge honour,” he beams, with pride. “Being a part of the leadership group here and being one of the assistant captains has meant everything to me.”

He’ll be looked to for that leadership again this season, equally on the bench, in the room and on the ice. He tallied four points (2G, 2A) in the Rangers six-game opening round playoff series versus the London Knights last season, and followed that up with an OHL-leading plus+8 rating in this year’s preseason.

As Hora sits, discussing the upcoming season prior to the Rangers season opener against the Attack, he brims with excitement. He’s optimistic about the upcoming campaign, and the consensus amongst his teammates echoes his own.

“I think we’re going to be one of the most competitive teams in the league this year, and I think a lot of the guys feel the same way,” he states.

“We’re a close, close group. We have good chemistry and a great connection with one other, and we feel that will make us an even greater team.”