Inside the Aud Expansion Project with Frank O’Malley 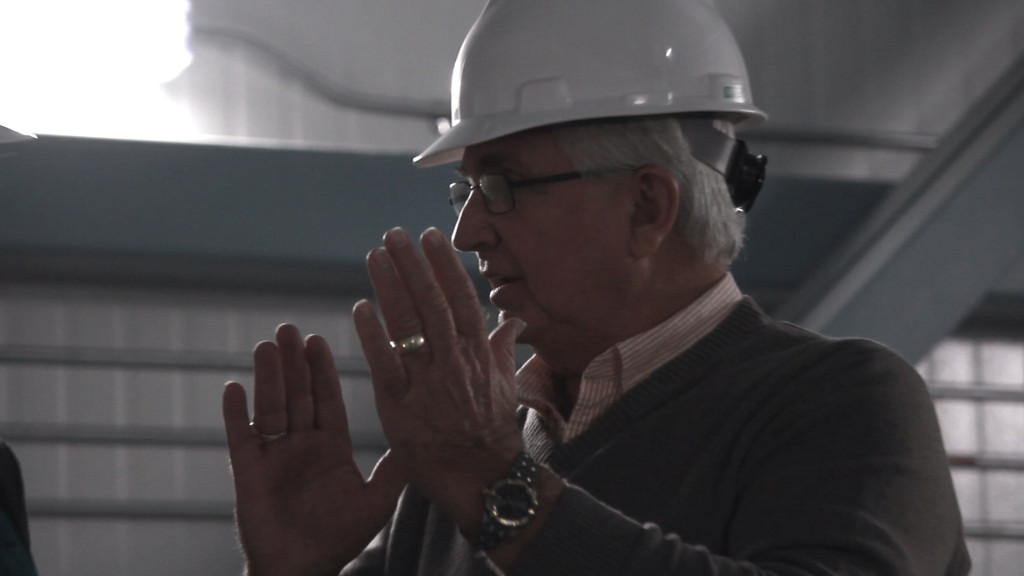 Like many Rangers fans, Frank O’Malley’s love for the team runs deep.

For 42 years, he and his wife Cleo have watched the team from the same seats in Section Five. They have shared the game with their children, their friends and their fellow season ticket holders. And over the decades, the O’Malleys have remained steadfast in their support for the Rangers.

“I’ve seen a lot of good teams. I’ve seen a lot not-so-good teams too!” laughs Frank, looking back. “But my wife and I, we just enjoy the game. Sure we want to win, but we like being there and the camaraderie with our fellow subscribers in our section.”

He was spectator at the Kitchener Memorial Auditorium before the Rangers arrived to town in 1963, traveling to the rink in his youth to watch the Dutchmen and the K-W Beavers. Frank has always had an affinity for the The Aud, which he describes as a ‘beautiful and impressive facility’. So when the opportunity arose to be a part of the building’s history by contributing to the 2012 Expansion Project, the 72-year-old employee of Ed Lau Ironworks jumped at the opportunity. The company was subcontracted to help build the new stairs at each end of the expansion and Frank and his team put 52 years of experience into action, constructing the new stairs and rails.

“I took a personal interest in it. I’d spent so much time there that I just wanted to make sure everything was perfect,” he says, with passion. With his son Kyle living in Ann Arbor, Michigan, home of the University of Michigan’s ‘Big House’, Frank took to calling the building his ‘Little Big House’. He monitored The Aud expansion project with interest from day one, before his company’s work had even started, making the trek up to East Avenue to drive by and observe.

“I used to go up there two times a week – we’d stop at Tim Hortons and Cleo would turn to me and say ‘I know where you’re going!’” Frank admits with a smile. “When it first started, I wasn’t involved in the structural work, but I kept an eye on it. It was something I enjoyed, seeing how the boys were doing.”

When it came time for Ed Lau Ironworks to start building, O’Malley threw himself into the project, hand selecting the materials for the stringers to ensure the best quality, and carefully measuring each section. While some of his peers are enjoying their retirement, his enthusiasm for his work is evident as he describes the challenge that The Aud project presented, and the satisfaction he feels at a job well done.

“I worried about it until it went in, but everything went really smoothly. It was interesting because we welded all the railings, put them all together, assembled the stairs and rails in the shop and when the time came, we transported everything to the Aud and dropped them in through the roof,” he explains. “To have everything fit together perfectly, it was very gratifying.”

Despite his own personal investment in the expansion, Frank is quick to shift the attention to the team – not only at Ed Lau, but the co-operation of companies that have taken part in the project. He’s full of praise for all of his cohorts who have worked tirelessly on the project, citing the efforts of other contractors, like Snyder Metal Fabricating, as one of the reasons his own company’s installation went smoothly. While touring the facility, he points at each of the measurements that had to be perfect for the railings to fit, displaying a genuine pride in the dedication of everyone involved.

“It wasn’t just me. This project isn’t just about me – it was a team effort.”

As the expansion nears completion, Frank’s work at The Aud is done, meaning he can return his attention to cheering on the Rangers in their 50th anniversary season. Over the years, he’s seen the team win four Ontario Hockey League championships and two Memorial Cups, and has delighted in the success of homegrown stars like Scott Stevens, Dave and Don Maloney and Paul Reinhart.

He’s even helped some of that local talent along the way. Frank crossed paths with Rangers Assistant General Manager and Associate Coach Paul Fixter years ago, when he managed Paul’s midget hockey team. He has fond memories of Fixter as a teenager, describing him a great hockey player and ‘a genuine good guy’.

So is he anticipating another big season from Coach Fixter and his beloved Rangers?

“I think so. I’m counting on it! They better come through!” he teases. But win or lose, he’ll be in the building he helped renovate, sharing the same seats with Cleo and enjoying the game he loves.

“We just look at it as entertainment. Of course it’s great to win, but I don’t carry it around with me – it’s supposed to be fun.”

CLICK HERE to take a video tour inside The Aud and hear more about the project from Frank O’Malley.