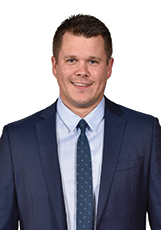 Kain joined the Rangers in 2013 after winning an OJHL Championship with the St. Mikes Buzzers as an Assistant & Goalie Coach. Prior to the 2017/18 season, he added Video Coach to his duties with the Rangers.

In addition to his work with the Rangers, he works full-time in Goalie Development and owns the Kain Tisi Goalie School. There, he trains goalies at all levels from Professional Leagues to Novice AAA Girls and Boys teams. He is trained and mentored under current New York Islanders Goalie Coach, and former AHL & OHL Goalie Coach, Piero Greco.

Kain played Division I NCAA hockey at St. Lawrence University, completing his undergraduate degree in Psychology & Environmental Studies in 2010. That same year, he finished his playing career in the ECHL with the Reading Royals. Prior to St. Lawrence, he played in the Ontario Provincial Junior A League (OPJHL), making it to 3 consecutive League Championships (’04-’06), winning 2 of them as the starting goalie for the St. Mike’s Buzzers in 2005 & 2006.

Kain lives with his wife, Cassi, in Milton, Ontario with their two daughters, Myla & Zoey.

Back to Front Office Staff