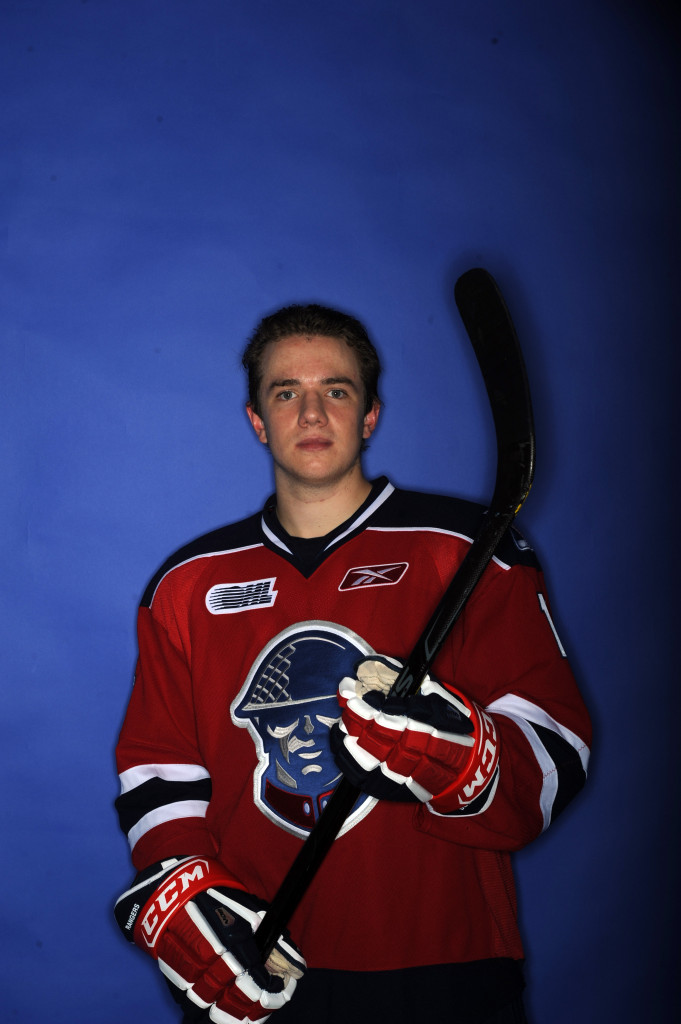 The Kitchener Rangers defeated the Guelph Storm 3-2 in a shootout Sunday afternoon at the Aud. Zach Lorentz scored the shootout winner for the Rangers.

The Rangers struck first when Brandon Francisco fired the puck from just inside the blueline past Storm goalie Brandon Foote. The goal was the winger’s second of the season and first in front of the home crowd. Assisting on the play were Josh Sterk and Zach Lorentz. 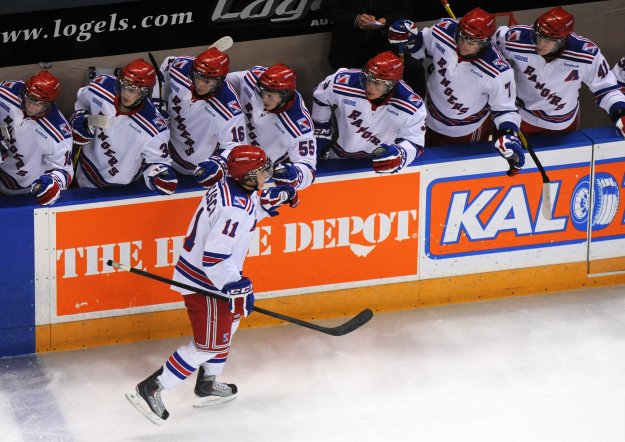 Kitchener out-shot the Storm 12-10 in the opening frame.

The Storm would even the score midway through the second period, capitalizing on a lengthy two-man power play. Rookie Hunter Garlent picked up a puck that slid across the crease under Kitchener netminder John Gibson and buried it in the open side of the net. His fourth of the season came at 8:58 and was assisted by Tanner Richard and Andrey Pedan.

The Rangers regained the lead when Radek Faksa fired a shot that bounced off Foote and into the net. The Czech import has been on fire lately with seven goals in his last nine games. Ben Thomson picked up a helper on Faksa’s tenth of the season. 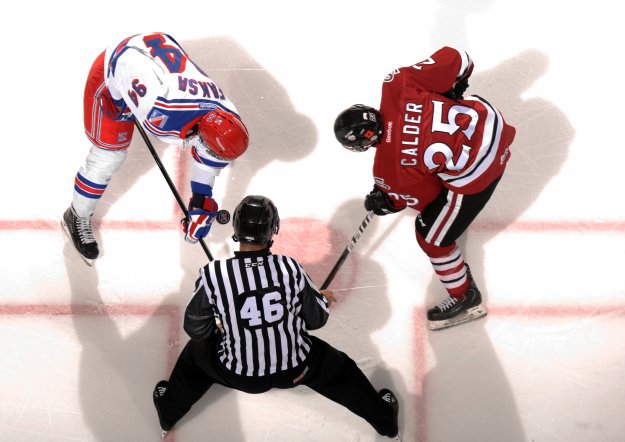 Guelph responded one minute later with a power play goal from Pedan. Assists were credited to Garlent and Richard.

Both goalies were busy in the second frame, but Kitchener continued to lead shots on goal, with a 21-16 advantage.

The final period was scoreless, sending the game to an extra frame. The Storm stepped up their offensive pressure in the third, out-shooting the Rangers 14-11.

A scoreless overtime sent the game to a shootout. The Rangers out-shot Guelph 4-3 in the period and finished the game with a 48-44 overall advantage.

Tobias Rieder and Zach Lorentz would both score in the shootout, leading the Rangers to their fifth consecutive home win. Kitchener’s record improves to 12-6-1-0, while the Storm lose their fourth straight and fall to 8-7-1-3.