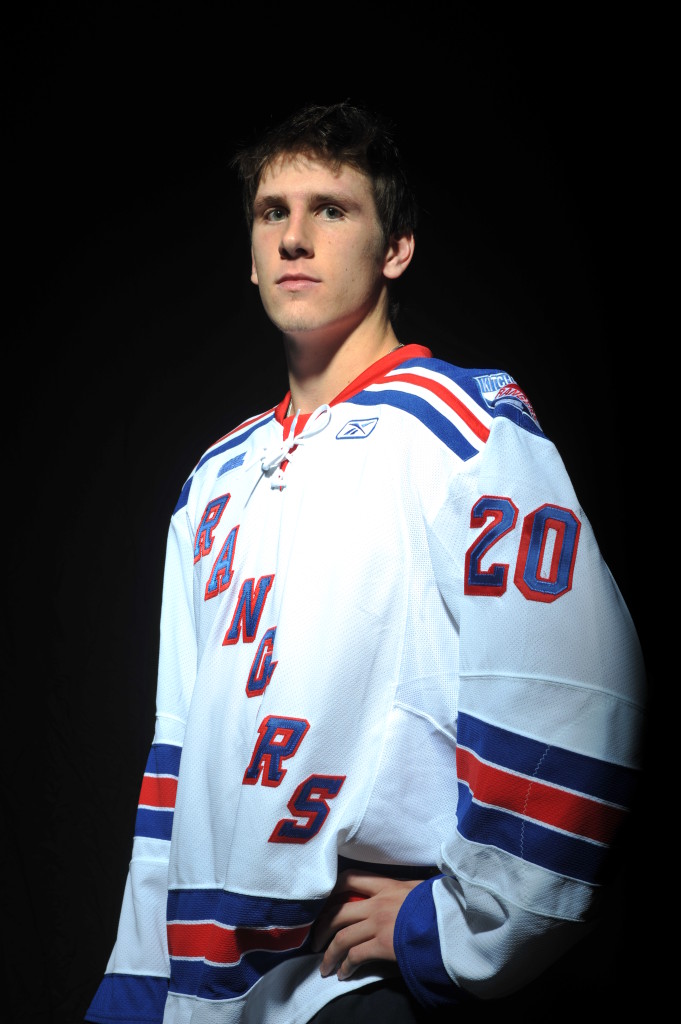 Crescenzi, an 18-year-old native of Thornhill, Ontario played in 68 games for the Kitchener Rangers of the Ontario Hockey League (OHL) in 2009-10 collecting 12 points on eight goals and four assists, along with 42 penalty minutes. In 20 playoff games, the 6-4, 199-pound forward added one goal and two assists with 11 minutes in penalties. He was originally invited to the Maple Leafs’ 2010 training camp as a free agent.