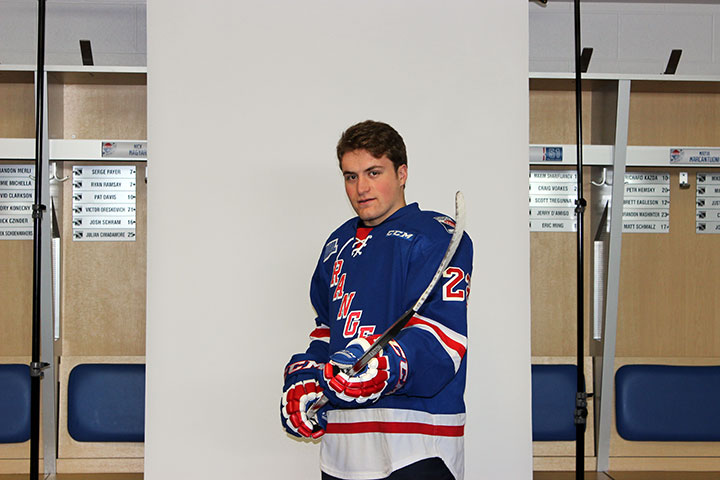 CALGARY, Alta. – Hockey Canada, in partnership with the Canadian Hockey League (CHL), announced Tuesday the 96 skaters who have been invited to attend Canada’s national under-17 development camp, July 29 to Aug. 4 at the Markin MacPhail Centre in Calgary.

Two players chosen by the Kitchener Rangers in the 2014 OHL Priority Selections are amongst those invited to participate. Forwards Adam Mascherin (Round 1, 2nd overall) and Connor Bunnaman (Round 2, 31st overall) will join 94 other skaters at the development camp.

In addition, goaltender Jack Lafontaine (Round 3, 42nd overall) was one of sixteen under-17 goaltenders invited to the Hockey Canada Program of Excellence goaltending camp, scheduled from June 11-14 in Calgary. From this camp, 12 netminders will be added to the under-17 development camp to complete the roster. CLICK HERE for roster.