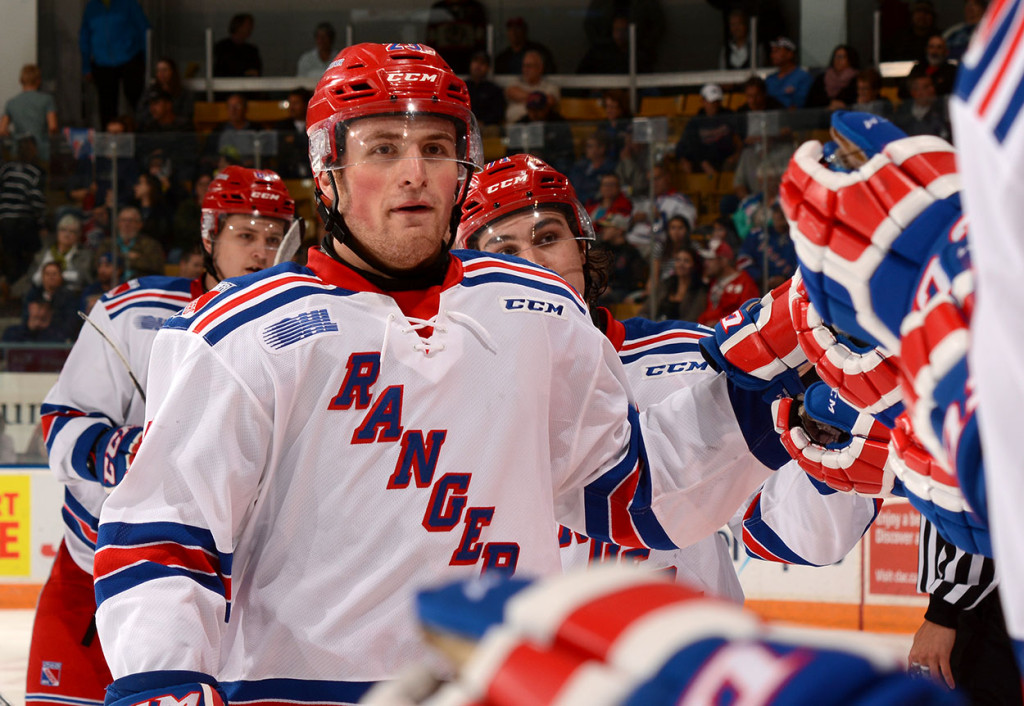 The 17-year-old from Maple, Ontario raced out of the gate with a stellar beginning to his second Ontario Hockey League campaign, registering at least a point (7G, 17A) in all eleven games to start the season.

Then the Rangers freak-injury bug found him.

During the first shift of the Rangers 12th game of the season, Mascherin collided with Saginaw Spirit goaltender David Ovsjannikov and fell awkwardly to the ice. Although he left the game having played less than a minute, his eleven-game point streak was effectively snapped.

Mascherin would miss just three games, however, before returning to the Rangers lineup on October 6th in Ottawa and registering an assist against the 67’s.

Those three games are the only games in which the winger has been absent from the team all season, and his 14 goals and 20 assists are good for 34 points and second in team scoring.

A goal of the former second overall pick of the 2014 OHL Priority Selection was to not only put up numbers this season, but to posivitively contribute both on-and-off the ice to a winning season in Kitchener. As we approach the midway point of the campaign, he’s well on his way to achieving that.

“He’s a dynamic player,” said assistant coach Daniel Tkaczuk. “He brings certain sets of skills to the table that are difficult to teach.

“He’s an offensive juggernaut with an excellent shot. As he continues to grow his attributes, he’ll continue to be a threat to opposing teams.”

Reciprocated trust has been a key element to the success Mascherin has enjoyed throughout the first half of the season. If he plays responsibly, then the coaching staff feels confident in putting him on the ice and entrusting him in big-game situations. The more ice time he gets, the more Mascherin feels he’s got the trust of the coaching staff, and finds himself playing with a bit of an extra jump in his step.

“Coach Van Ryn is giving me a lot of opportunities, and that has given me a lot of confidence,” said Mascherin, a few games into the season. “I feel like a new guy as opposed to last year. I think my game is improving.

“The coaching staff is putting me out there and letting me prove that I can not only play in the offensive end, but also in my own end as well.”

Ultimately, the points have been an added bonus to what Mascherin hopes to see a lot more of this season – points in the standings for his club.

One thing he could handle seeing less of, though, is the number of injuries and suspensions his team has endured in the first half. But he, as well as his teammates, are taking the approach of ‘What doesn’t kill you, makes you stronger.”

In that case, the Rangers are ready for one mighty second half. 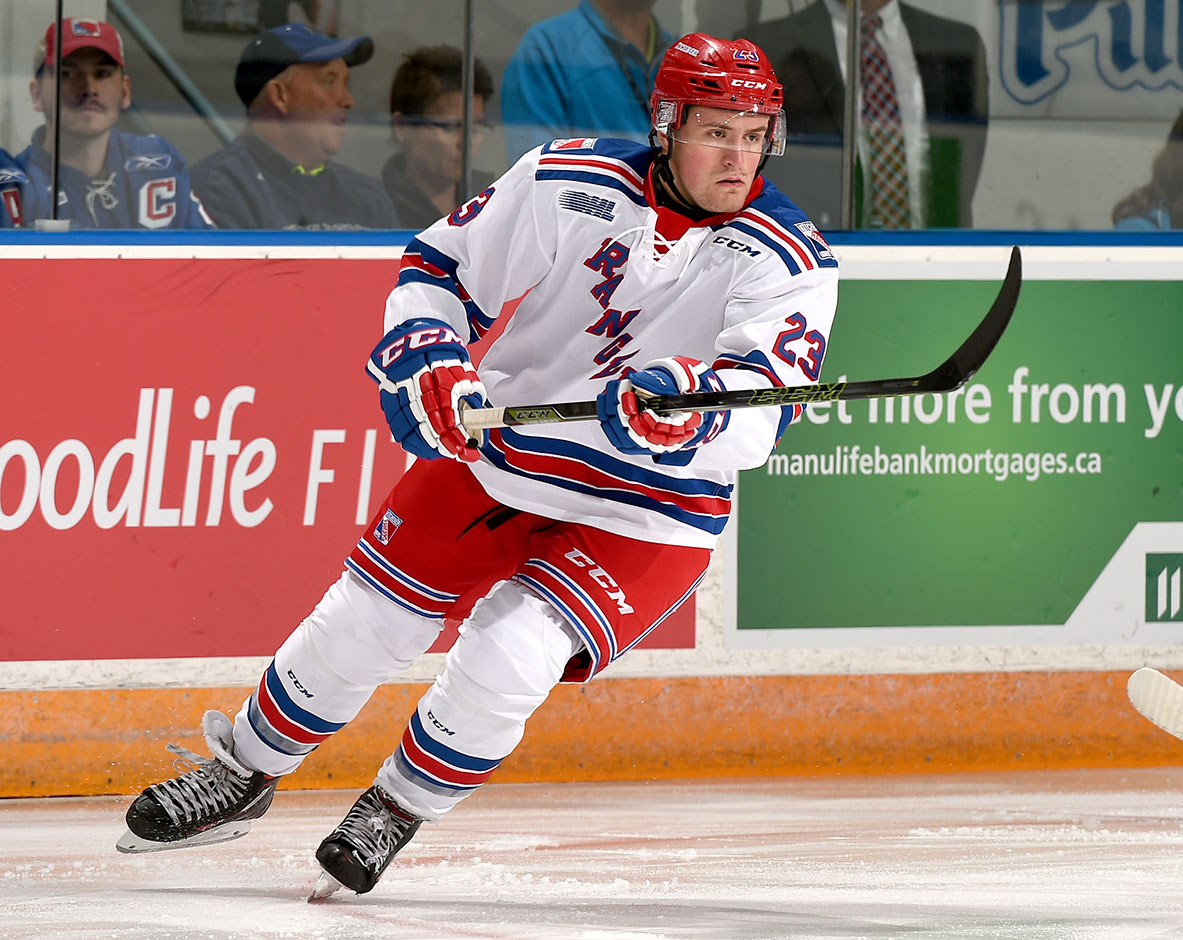