PEDERSEN SCORES IN LOSS TO GREYHOUNDS 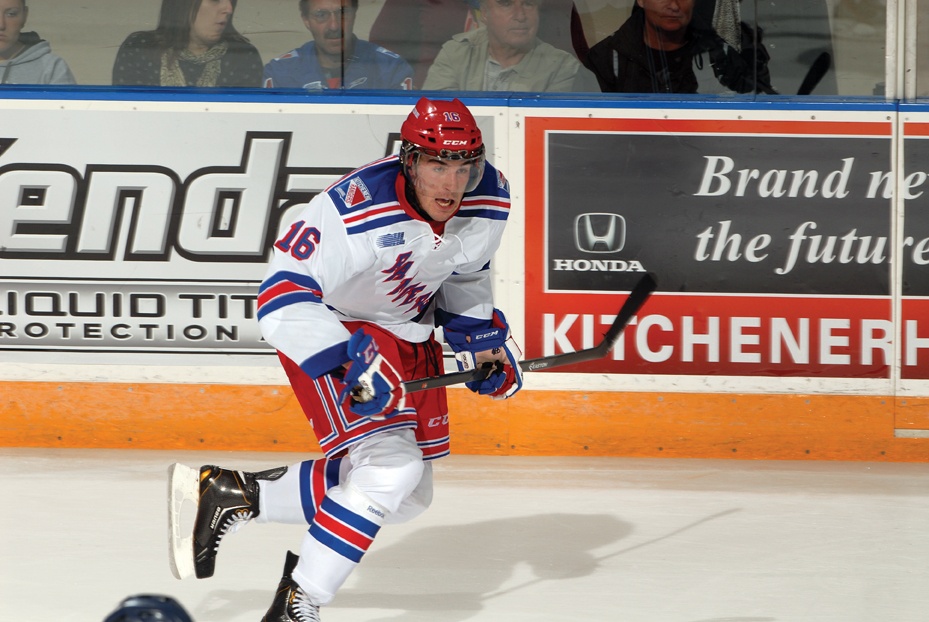 Brent Pedersen scored the lone goal for the Kitchener Rangers in a 2-1 loss to the Sault Ste. Marie Greyhounds on Saturday night.

The Greyhounds opened the scoring midway through the opening period. Patrick Watling chased the puck deep into the Rangers’ zone, moving it back to Alex Gudbrandson in the faceoff circle. The veteran defenceman rifled a shot past the glove of Kitchener starter Jordan DeKort to pick up his seventh of the year, with an additional assist from Dylan Corson.

The teams skated through a scoreless second frame. The Rangers outshot the Greyhounds 11-9 in the period.

Rookie Blake Speers extended the Greyhounds lead to two goals eight minutes into the third period. Charley Graaskamp was stopped by DeKort, but Speers picked up the loose puck at the front of the net, pushing the rebound between the netminder’s pads. Jorgen Karterud added a helper on the freshman’s 17th of the season.

The Rangers got on the board with less than two minutes left on the clock. Matia Marcantuoni jumped on a turnover, and fired a shot that was blocked by Sault Ste. Marie goalie Brandon Halverson. Veteran winger Brent Pedersen collected the puck and snapped it into the back of the net for his 15th of the season. Scott Teskey also assisted on the play.

Kitchener out-shot the Greyhounds 10-3 in the final frame and finished with a 25-21 overall advantage.

With the victory, Sault Ste. Marie wins the season series three games to one.

The Rangers return home to welcome the Guelph Storm to the Kitchener Memorial Auditorium on Tuesday, March 4 at 7:00pm. Tickets to Rangers home games are available by phone at 519-578-1570 or 1-800-265-8977, via the internet at www.centre-square.com or in person at the Centre In the Square Box Office or the Kitchener Auditorium Box Office.