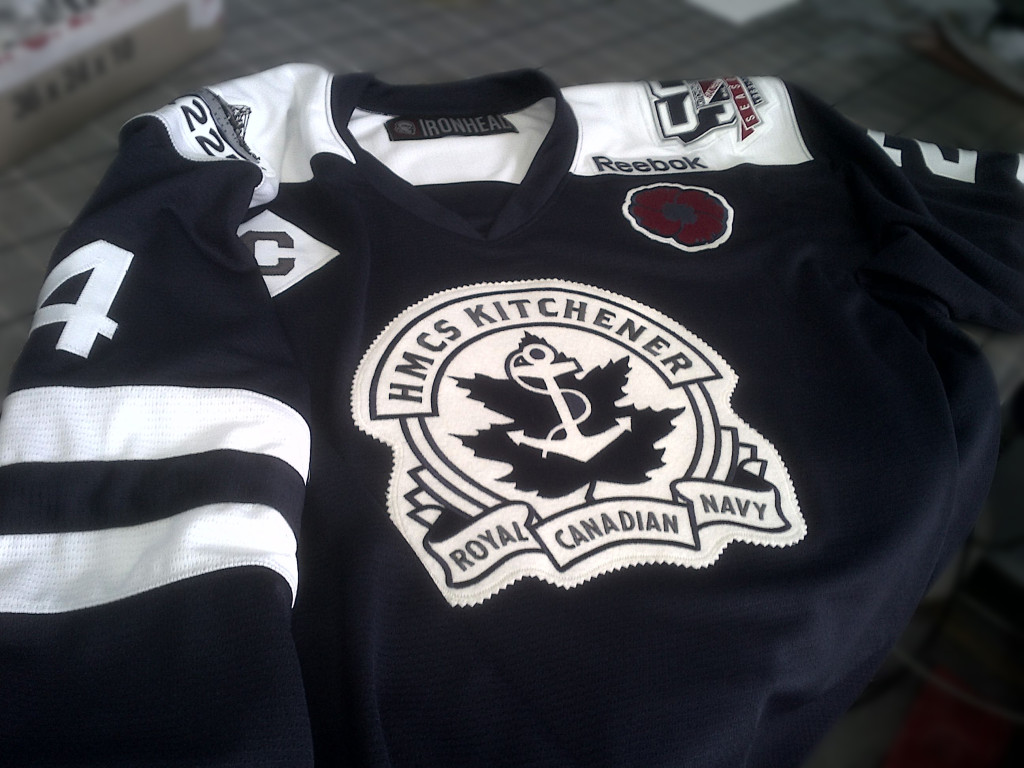 The 2012 Kitchener Rangers Remembrance Day Jersey will be worn on Friday, November 9 when the Rangers host the Sault Ste. Marie Greyhounds at 7:30pm and again on the road November 11. This is the eighth year that the Rangers have worn a commemorative jersey, each with a unique design in tribute to over 700,000 veterans and members of the Canadian Forces. The game-worn jerseys will only be available for fans to own through silent auction during the game.

The HMCS Kitchener was the only Canadian corvette to participate in the D-Day invasion of Normany, and was featured in the 1943 film Corvette K225. The 2012 Remembrance Day jersey features an image of the HMCS Kitchener.

Fans may bid on these special jerseys through a silent auction during the game on Friday, November 9. Bidding will start at 6:30pm and close 10 minutes after the end of the game. Winners will be notified by telephone. All proceeds from the auction will benefit the 78th Fraser Highlanders Fort Conestoga Garrison and a number of organizations it has chosen to support as well as the Kitchener-Waterloo Poppy Fund. In the past seven years the Rangers commemorative jersey auctions have raised more than $180,000 for various beneficiaries.