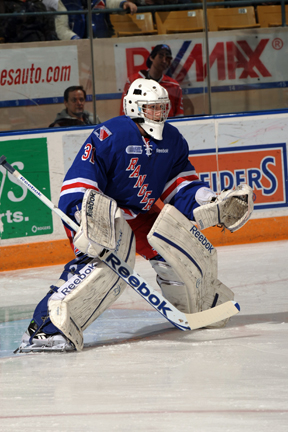 Kitchener Rangers General Manager and Head Coach Steve Spott announced today that the team has completed a trade with the Sudbury Wolves.

Corrado is a four-year OHL veteran who has appeared in 231 career games for Sudbury. The Woodbridge, ON native has recorded 14 goals, 78 assists and 265 penalty minutes for the Wolves. Corrado is a prospect of the Vancouver Canucks, who selected the defenceman in the fifth round (150th overall) in the 2011 NHL Entry Draft.

Leivo has played 164 career games over three seasons with the Wolves and is coming off a career-high 32 goals in 2011-12. In total, the Innisfil, ON native has recorded 147 points for Sudbury. He was drafted by the Toronto Maple Leafs in the third round (86th overall) in the 2011 NHL Entry Draft.