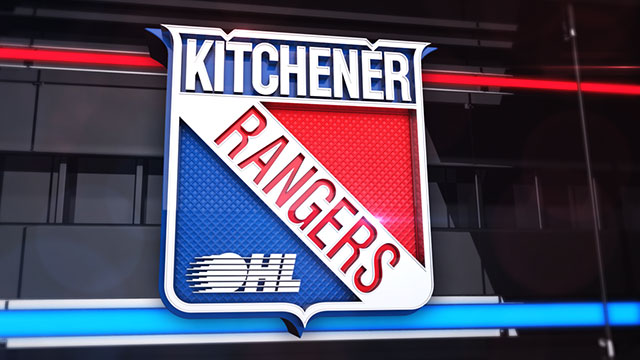 The Kitchener Rangers announced a pair of roster moves within their organization on Friday.

The club announced that free agent defenceman Matt Ferrari has committed to an Ontario Hockey League standard player agreement with the club.

The 6’0, 175 lbs Woodbridge, Ontario native was a member of the Toronto Jr. Canadiens of the OJHL for the last two seasons, registering three goals and 14 assists for 17 points in 49 regular season games, as well as 15 points (3G, 12A) in 16 playoff games last season. He was previously committed to Bowling Green State University of the Western Collegiate Hockey Association (WCHA).

Rangers General Manager Murray Hiebert notes the 18-year-old is a defenceman who has shown to have good feet and makes smart decisions with the puck.

“This is a young man we look forward to joining our hockey club and to help solidify our back end. Matt’s play has consistently improved over the last few seasons. We look forward to continuing to see that growth here with us.”

The club also announced that centre Mark Bzowey has been reassigned to the Kitchener Dutchmen of the GOJHL.