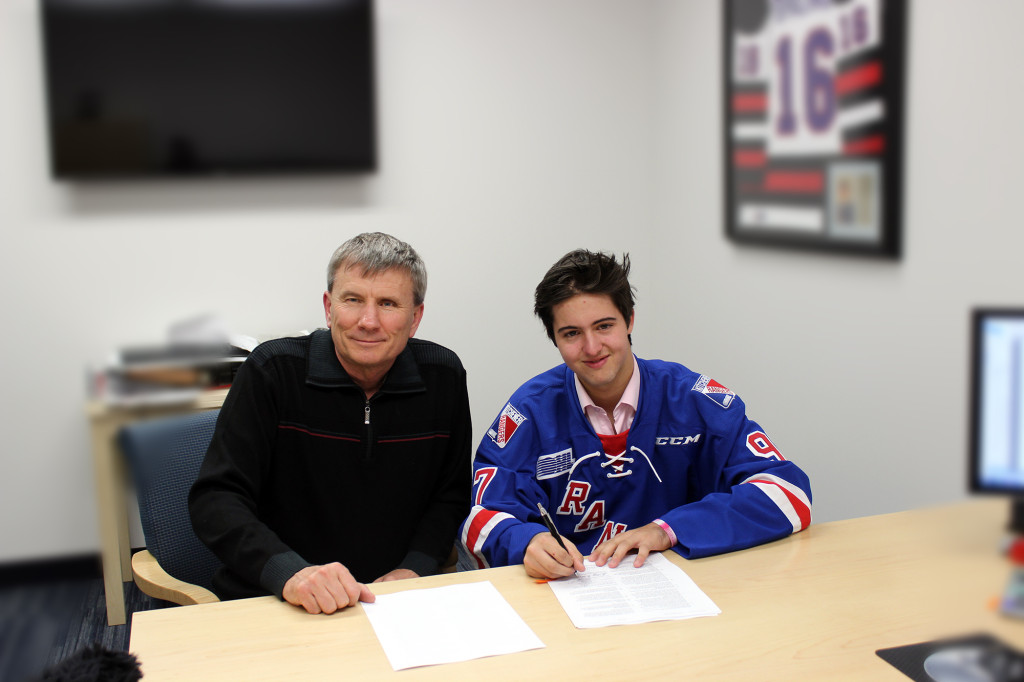 The Kitchener Rangers announced today that forward Jeremy Bracco has committed to an Ontario Hockey League standard player agreement with the club. Bracco was the team’s fifth round pick (84th overall) in the 2013 OHL Priority Selection.

The 5’9, 173 lbs Freeport, New York native began the season with the Boston College Eagles (NCAA) where he registered three assists and a plus-three rating in five games.

Rangers General Manager Murray Hiebert is delighted at the addition of Bracco, and says he should have an immediate impact on the hockey club.

“Jeremy brings with him a proven playmaking ability that we’re looking forward to injecting into our lineup. His performance at the World U-18 championship proved he can play at the highest level.

“We look forward to welcoming Jeremy and his family as members of the Rangers family, and are thrilled that they have chosen for Jeremy to continue his hockey development here in Kitchener.”

Bracco was drafted by the Toronto Maple Leafs in the second round, 61st overall at the 2015 NHL Draft.