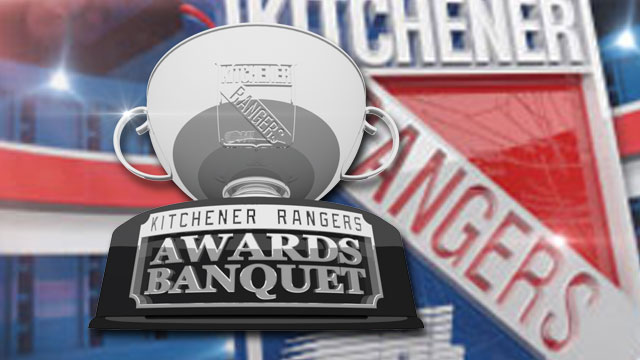 The Kitchener Rangers Hockey Club held their Annual Awards Banquet on Monday, March 17 in the Ballroom at Bingemans in Kitchener.

Ben Fanelli was awarded three of the evening’s honours, including Most Popular Player, Best Defensive Ability and the Ted Scharf Humanitarian Award.

Awards were presented as followed:

Video of this event will be posted soon to Rangers Vision Online.