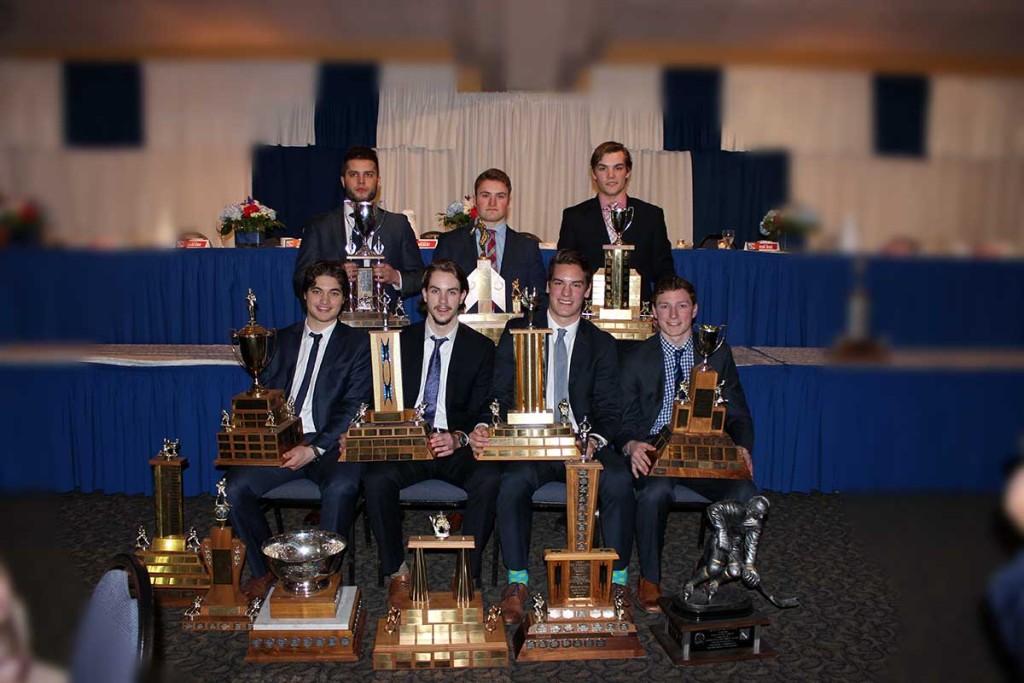 Ryan MacInnis was recognized with three of the evening’s honours, including the Jim Reilly Trophy as the Rangers’ Scoring Champion and the Jim Malleck Memorial Trophy (Most Valuable Player).
Awards were presented as followed: