Rangers Fall 3-1 to IceDogs in Niagara 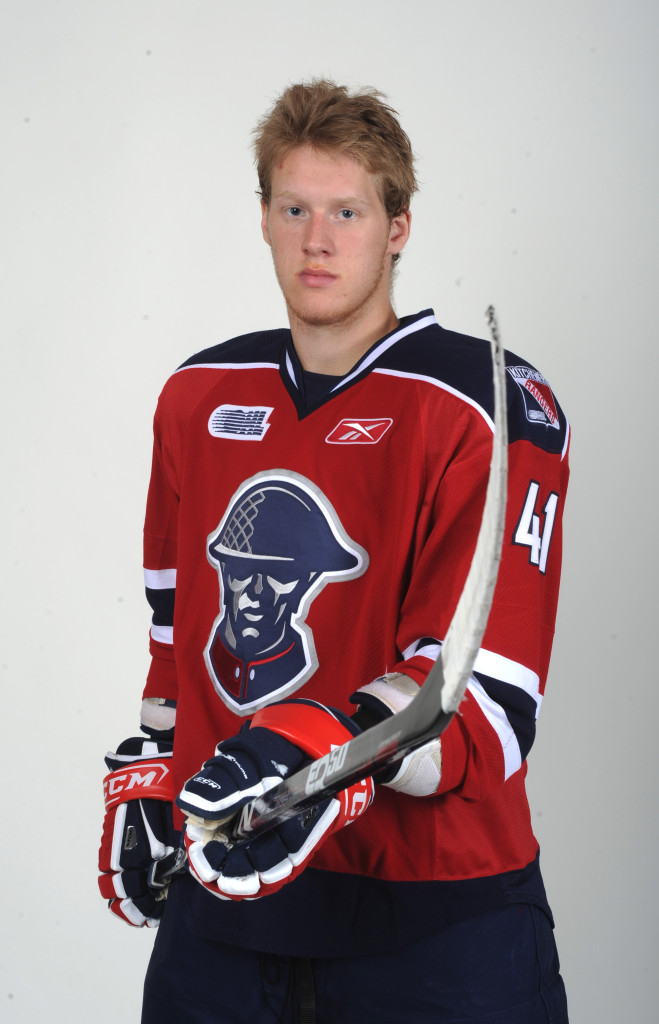 The Kitchener Rangers fell to the Niagara IceDogs 3-1 at the Gatorade Garden City Complex on Saturday night. Cody Sol scored the lone goal for the Rangers as the team split their weekend home-and-home series.

The first period was scoreless until Sol put the Rangers on the board with a minute and a half to play on a big shot from the blue line that beat Niagara goalie Christopher Festarini. The power play goal was the veteran defenseman’s second  of the season and was assisted by Radek Faska and Andrew Crescenzi. Faksa and Crescenzi are both riding six game point-scoring streaks, with 10 and six points respectively during that stretch.

The IceDogs responded 12 seconds later, when David Pacan caught a cross-crease pass from Alex Friesen and buried it past Kitchener starter John Gibson. Captain Andrew Agozzino also picked up a helper on the play. Pacan’s 10th goal makes him the second Niagara player to hit double digits this season.

The IceDogs outshot the Rangers 13-9 in the opening frame.

Niagara continued to lead shots on goal in a scoreless second period with a 13-11 advantage.

Dougie Hamilton put the IceDogs ahead at the 5:37 mark of the third with a screen shot to the top right corner of the net. The defenseman is second in team scoring with 25 points this season. Freddie Hamilton and Ryan Strome were credited with the assists.

Niagara would extend their lead to 3-1 late in the third when Ryan Strome won a faceoff to the left of Gibson and got the puck to Freddie Hamilton in front. Hamilton’s team-leading 11th of the season brings his points total to 27. Strome is currently riding an 11 game streak with at least one point in each contest played since being returned to Niagara by the New York Islanders.

The IceDogs outshot the Rangers 10-8 in the final frame. Festarini stopped 27 of 28 pucks he faced, picking up his second win since joining Niagara via trade from Erie.

Niagara honoured local veterans in a Remembrance Day ceremony before the game and named Military Veterans as the game’s first stars.

Kitchener’s weekend road trip takes the team to Oshawa on Sunday, November 6th for a 6:00pm meeting with the Generals. The Rangers return to home ice on Friday, November 11th when the Sudbury Wolves visit The Aud for the Rangers 7th Annual Commemorative Jersey Auction. Game time is 7:30 pm. Tickets may be purchased by phone at 519-578-1570 or 1-800-265-8977, via the internet or in person at The Aud Box Office or Centre in the Square Box Office.