Rangers Fall 4-3 to Otters in Overtime 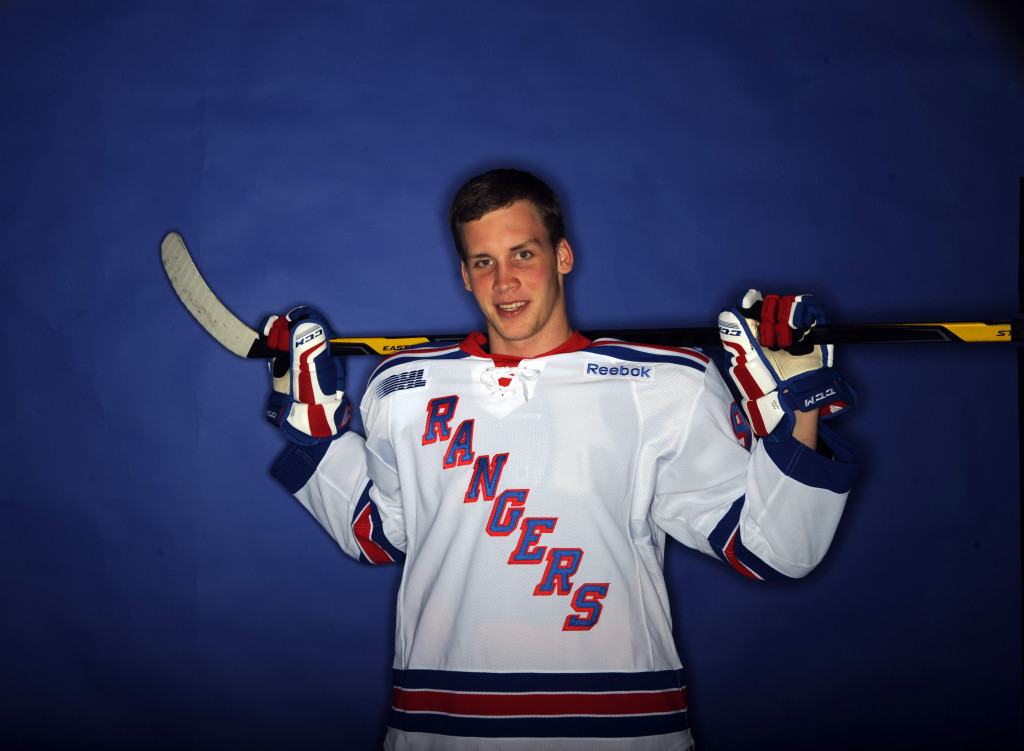 The Kitchener Rangers fell 4-3 in overtime to the Erie Otters at the Tullio Arena Saturday night. Liam Maaskant scored the OT winner for the Otters. Kitchener’s Radek Faksa recorded a goal and an assist in the loss.

The Rangers got off to a fast start when Ben Thomson centered the puck for Radek Faksa, who chipped it past Ramis Sadikov. The goal came just 1:25 into the first period, and was the Czech import’s third in four games. Sadikov made his second consecutive start for the Otters Saturday, becoming the first Erie netminder to make back-to-back appearances this season.

The line of Faksa, Thomson and Matia Marcantuoni struck again less than five minutes later. This time it was Marcantuoni, who tallied his third of the year. Faksa picked up an assist, making the meeting his third multi-point game in a week.

The Otters would get one back 26 seconds later. Johnny McGuire scored his first of the season, beating Kitchener starter Franky Palazzese. Tyler McCarthy and Jake Evans assisted on the play.

The Rangers out-shot Erie 10-8 in the opening frame.

Kitchener opened the second period with another quick goal. Team-scoring leader Tobias Rieder fired one past Sadikov blocker-side just 22 seconds into the frame to make it 3-1 Rangers. Assisting on the German forward’s ninth of the year were Andrew Crescenzi and Brandon Francisco.

Erie closed the gap to one at 1:13, when Stephen Harper recorded his third of the year with assists from Connor Brown and Greg McKegg. Brown leads all Otters rookies with ten points, while McKegg is Erie’s leading scorer with 14 points this season.

Kitchener continued to lead in shots on goal, with a 10-9 advantage in the second period.

The Otters tied the game at 3-3 early in the third. Harper’s second of the game beat Palazzese glove side at 2:37. It was the rookie’s first career two-goal game. The remainder of the period was scoreless, sending the contest into overtime.

Erie increased its pressure on Palazzese in the third period, out-shooting the Rangers 14-8.

Just over three minutes into the overtime, Otters defenseman Liam Maaskant’s shot from the high slot found the back of the net. The rookie’s first OHL goal snapped Erie’s eight-game losing streak. Brown and Harper were credited with the assists.

The Otters out-shot the Rangers 4-1 in OT and finished with a 35-29 overall advantage.