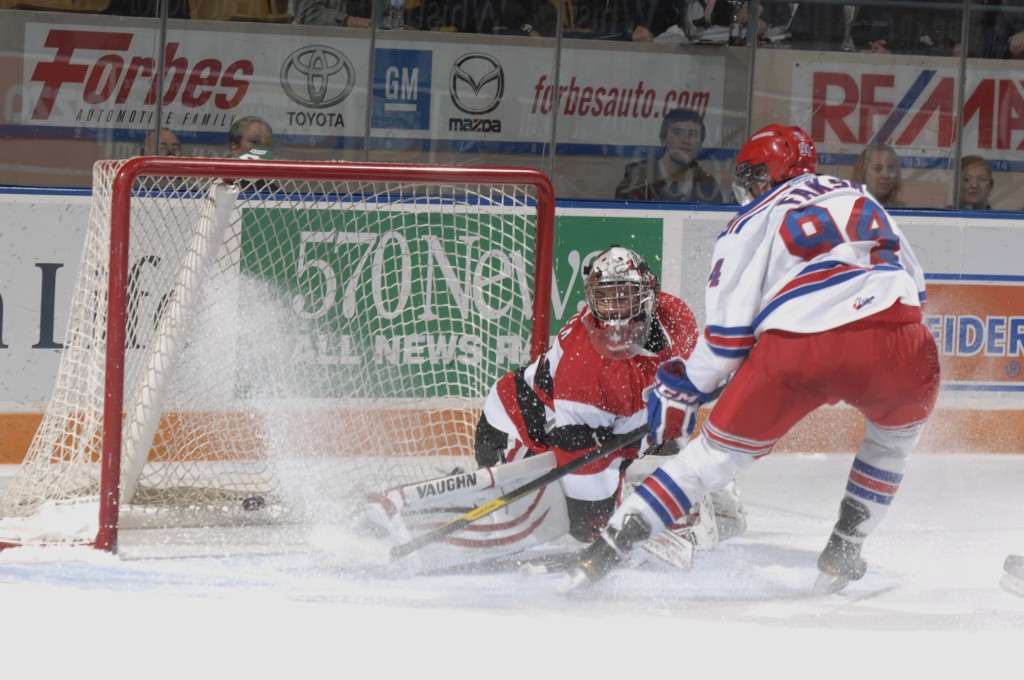 The Kitchener Rangers fell 6-3 to the Ottawa 67’s at the Aud on Sunday afternoon. Tyler Toffoli and Sean Monahan led the way for the 67s with four points each.

Neither team found the back of the net in the first, but the Rangers put Ottawa netminder Petr Mrazek to work in the period, peppering him with 12 shots. Kitchener starter Franky Palazzese faced just six shots in the frame.

The Rangers continued their pressure in the 67s end to start the second period. German winger Tobias Rieder picked up his team-leading seventh goal of the season, sliding the puck by Mrazek less than two minutes into the period. Eric Ming and Radek Faksa picked up the assists.

Andrew Crescenzi extended the Rangers’ lead to two, firing a shot from the faceoff circle for his sixth goal of the season. Assisting on the play was Brandon Francisco.

The 67s would get those goals back on special teams. Jake Cardwell scored his second of the year, a power play goal on a feed from Sean Monahan. Less than a minute later, Ottawa would capitalize on a two-man advantage when blueliner Cody Ceci beat Palazzese with assists from Cardwell and Monahan.

Monahan notched his third point of the night scoring another Ottawa power play marker at 9:59. Forward Tyler Toffoli picked up his second assist of the game on the goal. Also assisting on the play was Michal Cajkovsky.

The sophomore forward scored his second goal of the afternoon when he raced down the wing, cut in front of the net and slid the puck around Palazzese on the glove side to make it 4-2 Ottawa. Monahan’s tenth of the season was assisted by Toffoli and Shane Prince.

The Rangers would respond late in the frame. Faksa scored his fourth of the year, chipping it past Mrazek blocker-side, cutting the 67s lead to one.  Defensemen Max Iafrate and Ben Fanelli assisted on the play.

Former Ranger Shane Prince pushed the 67s lead to two when he beat Palazzese low blocker-side at 5:28 of the third period. Cardwell picked up an assist, while Toffoli notched his fourth helper of the afternoon on the play.

The Rangers held a 50-39 overall advantage in shots on goal.

Kitchener’s home stand continues on Tuesday, October 25 when they host a 7pm game against the London Knights and on Friday, October 28 when the Erie Otters visit the Aud for a 7:30 pm match-up. Tickets may be purchased by phone at 519-578-1570 or 1-800-265-8977, via the internet or in person at The Aud Box Office or Centre in the Square Box Office. 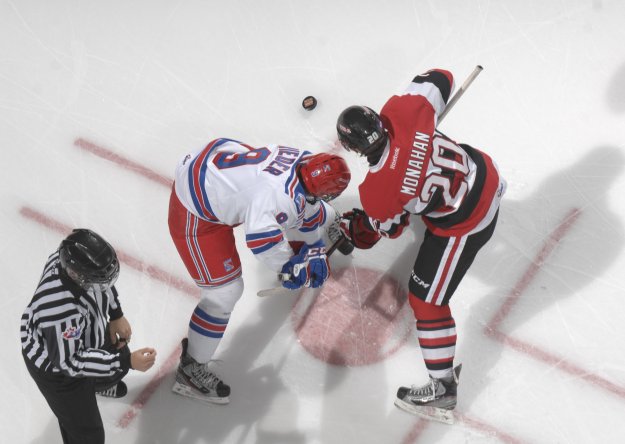 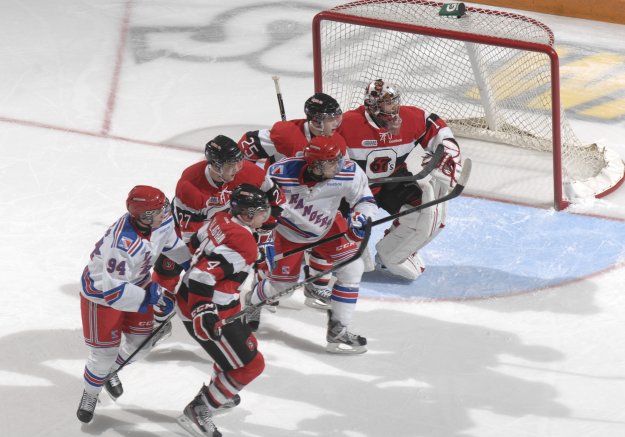