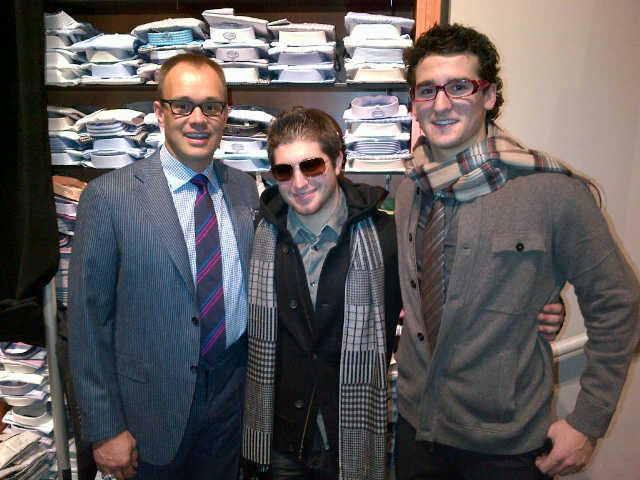 The third annual event included a live and silent auction and a fashion show featuring items from local shops. Since the first year of the event, Channer’s Men’s Apparel has been able to donate over $60,000 to support the initiatives of ovarian cancer research.

Hosted by Angie Hill, Brian Burke and Sarge from the Kool FM Morning Show, the fashion show also included a silent and live auction. The live auction featured several one-of-a-kind prizes including “A Night at The Aud” where 14 people would be able to experience a Kitchener Rangers hockey game from a private suite.

Catenacci, Fanelli  and Fixter hit the runway in fashions from Channer’s. The packed crowd was surprised to see players from their local hockey team doing what they could to help out with this cause.

The Kitchener Rangers pride themselves on being an important icon in the community and continue to try and give back in every way possible.